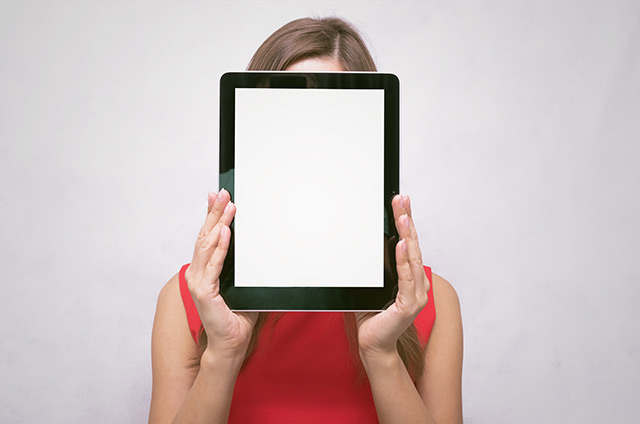 When science fiction stories of the past first brought up the idea of being able to “upload” your consciousness into a separate, fully remote body, they usually meant something a little less organic than the human body. However, one Japanese firm has gone ahead with the rather bizarre idea of letting people use other actual humans as virtual representations of themselves, and offers options to even attend real-life events with their “avatars.”

This is all part of a new invention called the ChameleonMask, a simple electronic “surrogate” system, where users can use the bodies of other people to attend events and perform certain physical tasks while their own faces appear on screens that cover their surrogates’ faces and their own voices can be heard in the background.

The service, which was first unveiled at the Massachusetts Institute of Technology (MIT) Tech Review’s Emtech event in Singapore, was developed by researchers led by Jun Rekimoto, a futurist and researcher of Augmented Reality and Virtual Reality (AR/VR) technologies from Sony Computer Science Laboratories. The ChameleonMask service has also been dubbed “Human Uber” because of its similarities with the popular service. And it is seen as something that shows great promise.

According to Rekimoto, the idea shouldn’t be written off as silly just because it’s something that is so out of the norm. In fact, people seemed quick to get the concept and soon accept the idea itself. “Our pilot study confirmed that people could regard the masked person as a right person,” he said in a statement to New York Magazine’s Select All.

The way that the ChameleonMask works is actually quite simple: First and foremost, a user needs to find a surrogate that looks closest to them in order to amplify the effects. As the researchers themselves have noted, if the chosen surrogate’s body looks nothing like yours, then it might end up looking pretty awkward. Once you get that out of the way, the next step involves adding a strapped touchscreen to the surrogate’s face.

Through the touchscreen, your own face will then be visible. And you can act as a sort of director, able to give the surrogate instructions on where to point, where to look, and generally what to do as you avail of the ChameleonMask service. You can do all of this communicating with the surrogate through a private voice channel that will be provided to you at the beginning of your connection.

Once you have finished the setup, the surrogate will then turn off the sound in your private channel and switch to the public channel, allowing you to be heard in an open broadcast to the public. In that sense, it will be like you’re literally wherever the surrogate may be. And again, you can do pretty much anything that your heart desires.

According to the researchers, it’s worth considering the ChameleonMask service in order to transform into a favorite celebrity or even a favorite fictional character. This is based on the assumption that the use of the surrogate is “surprisingly natural” and believable, as lead researcher Rekimoto claims. In any case, even if the service doesn’t become a mainstream hit, it might just end up being a niche fascination in at least some areas in Japan.

Find out more thought-provoking gadgets and services at Inventions.news.