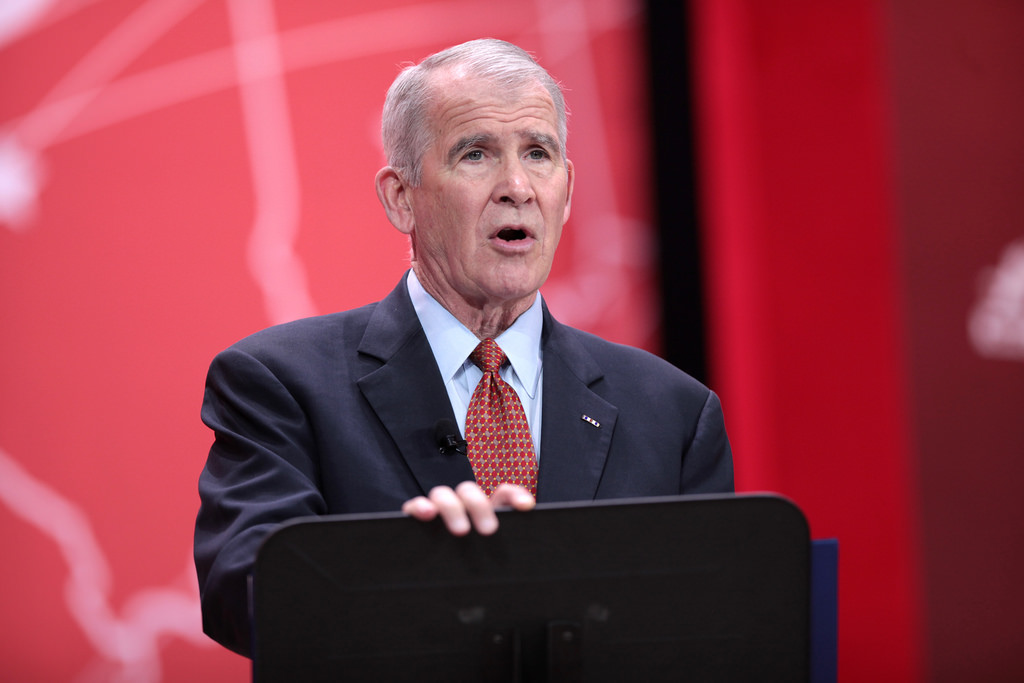 At 74, he’s just as feisty and full of life as he was when he was leading Marines in Vietnam and earning a Bronze Star with a combat “V,” a Silver Star and two Purple Hearts.

Now, he’s been chosen to head up the NRA at a time when the organization has come under heavy fire from every Left-wing organization and politician in the country, despite the fact that the organization isn’t responsible for a single mass shooting or death related to same.

As reported by The Washington Times, North’s goals are ambitious and nothing short of game-changing. He says there are 100 million gun owners in the United States and only 6 million of them belong to the NRA (a record after the organization saw its memberships skyrocket following a Democrat-led media hit-blitz after the Parkland, Fla., shootings).

North told the paper the organization faces a harrowing legal landscape ahead — which should never happen because, again, the organization isn’t guilty of anything and gun ownership in the U.S. is a protected, constitutional right — after former Supreme Court Justice John Paul Stevens wrote that the Second Amendment ought to be repealed.

“They can do all the cyberwar against us — they’re doing it. They can use the media against us — they are. They’ve gone after our bank accounts, our finances, our donors, and obviously individual members,” he said. “It’s got to stop. And that’s why the leadership invited me to become the next president of the NRA.”

It’s time for some pushback against the attacks

North, already a board member, will become one of the highest-profile presidents for the organization in its 150-year history, and certainly, the biggest name since actor Charlton Heston led the group.

Most believe the naming of North — and the timing — is no coincidence. Observers say this is precisely the PR shot-in-the-arm the NRA needs following the deluge of negative press in the disgustingly dishonest American Pravda media.

North said the Left was engaged in “civil terrorism” against the NRA and all its members, as well as every gun owner regardless of their status or affiliation.

“They call them activists. That’s what they’re calling themselves. They’re not activists — this is civil terrorism. This is the kind of thing that’s never been seen against a civil rights organization in America,” he said. (Related: NRA’s Loesch following CNN ‘town hall’ screamfest: ‘I had to have security to get out of there’.)

North noted that the shootings at Marjory Stoneman Douglas High School on Valentine’s Day, which he called a travesty, a failure on the part of the local authorities and unfortunately the FBI as well,” have not fundamentally altered the gun control debate. And he said the young students who have become anti-gun activists are just being used by the broader Marxist propaganda machine.

“What they did very successfully with a frontal assault, and now intimidation and harassment and lawbreaking, is they confused the American people,” he said. “Our job is to get the straight story out about what happened there, and to make sure that kind of thing doesn’t happen again,” he added.

The NRA has programs to address such incidents, such as “School Shield,” which was developed in the wake of the Sandy Hook shootings in 2012.

North is fighting the good fight on behalf of the Constitution and the American people. It’s something he’s used to doing.