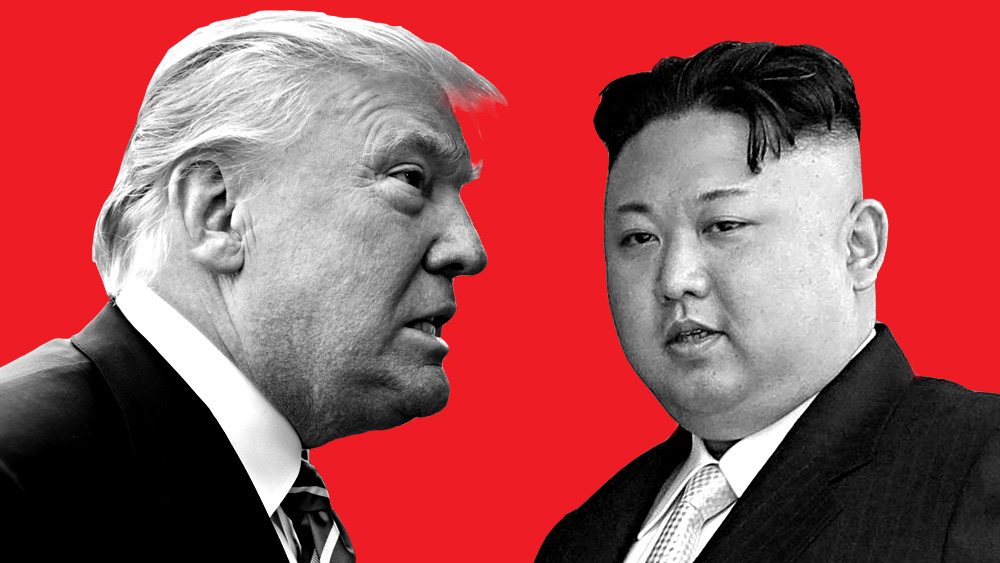 No matter what happens in the coming weeks and months between North Korea, South Korea and the United States, the Trump administration has already accomplished more, diplomatically speaking, regarding relations with Pyongyang than every other White House since the Korean War.

On Wednesday, Secretary of State Mike Pompeo managed to secure the release of three Americans being held prisoner by North Korea in another sign of goodwill from leader Kim Jong-un, CNBC reported.

“I am pleased to inform you that Secretary of State Mike Pompeo is in the air and on his way back from North Korea with the 3 wonderful gentlemen that everyone is looking so forward to meeting. They seem to be in good health. Also, good meeting with Kim Jong Un. Date & Place set,” President Donald J. Trump tweeted upon hearing the news.

“Secretary Pompeo and his “guests” will be landing at Andrews Air Force Base at 2:00 A.M. in the morning. I will be there to greet them. Very exciting!” he added.

I am pleased to inform you that Secretary of State Mike Pompeo is in the air and on his way back from North Korea with the 3 wonderful gentlemen that everyone is looking so forward to meeting. They seem to be in good health. Also, good meeting with Kim Jong Un. Date & Place set.

Secretary Pompeo and his “guests” will be landing at Andrews Air Force Base at 2:00 A.M. in the morning. I will be there to greet them. Very exciting!

“I appreciate Kim Jong-Un allowing this to happen,” Trump later said during a Cabinet meeting at the White House, adding that he will announce a location, date, and time within days.

Pompeo had previously met with the North Korean leader over the Easter weekend when he was still the CIA director. Those talks were aimed at breaking the ice, so to speak, and to set the stage for future talks designed to denuclearize the Korean peninsula.

The news of the release comes as U.S.-North Korea relations have reached a relatively constructive and warm phase. It marks a considerable de-escalation from last year, when Trump and Kim exchanged heated barbs that stoked fears about a possible nuclear conflict. The North also repeatedly tested missiles and threatened the U.S. territory of Guam in the Pacific Ocean.

Earlier Tuesday, Trump said that Pompeo was on his way to North Korea for a meeting with Kim, who recently returned from another visit to China for talks with President Xi Jinping that likely were tied to the upcoming U.S.-North Korea summit. (Related: North Korea now says its missiles can strike ANY city in the USA, including New York and Washington D.C..)

Following Trump’s announcement, buzz began to spread that Pompeo would be securing the release of Kim Hak-Song, Kim Dong-Chul and Kim Sang-Duk, who is also known as Tony Kim. In addition, reports began to surface that the three had been receiving medical treatment in advance of Pompeo’s visit.

On Wednesday, Trump noted that the released prisoners “seem to be in good health.”

CNBC reported that Tony Kim is an accounting professor who was working at a university in Pyongyang when he was detained by North Korean authorities in April 2017. Kim Hat-Song, who also worked at the university, was detained a month later for “hostile acts” against the state, while Kim Dong-Chul was sentenced to prison for a decade of hard labor in April 2016 over charges of espionage and subversion.

As reported by the U.K.’s Daily Mail, Trump is planning to meet Pompeo and his three “guests” around 2 a.m. Thursday morning when they return to the U.S.

White House Press Secretary Sarah Huckabee Sanders said in a statement to reporters that the president “appreciates leader Kim Jong Un’s action to release these American citizens, and views this as a positive gesture of goodwill.”

“The three Americans appear to be in good condition and were all able to walk onto the plane without assistance,” she said.

Sen. James Inhofe, R-Okla., said that the prisoners’ release is “a true reflection of the success of President Trump’s campaign of maximum pressure” on the North Korean regime.

Whether that’s true or not — and whether Kim is serious about denuclearization — remains to be seen. But in the meantime, Trump’s been able to make more inroads into deescalating tensions on the Korean peninsula than any of his predecessors.