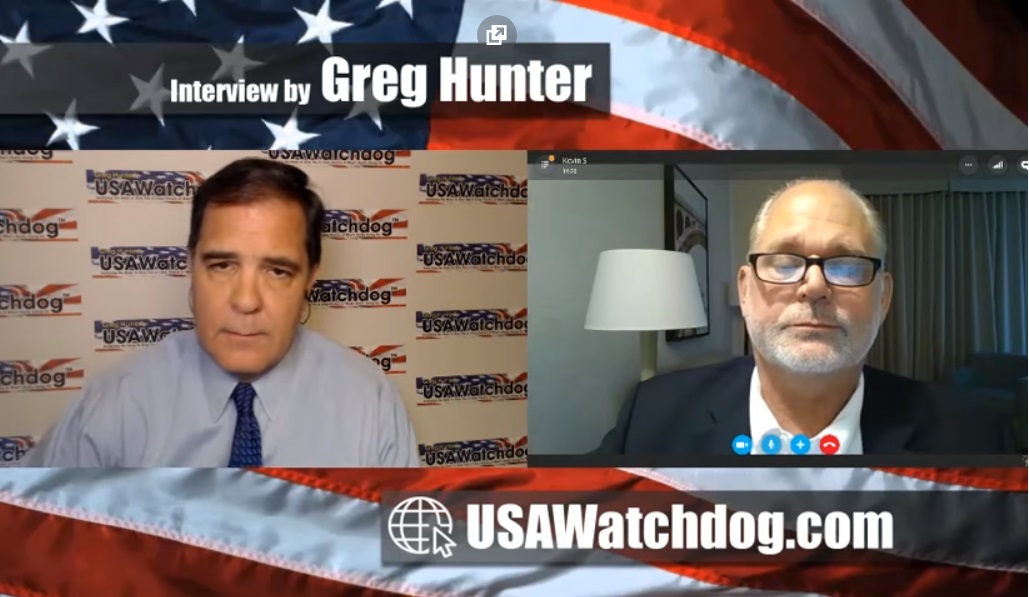 Greg Hunter of USAwatchdog.com has just released a bombshell interview with former CIA officer Kevin Shipp, who details the deep state coup that’s under way right now to overthrow America and destroy the outcome of the 2016 presidential election.

This is, without question, Hunter’s most important interview so far this year, and you absolutely need to listen to this interview and learn how “dark” actors are conspiring to overthrow the United States Government. In this interview, you’ll learn how James Comey has been a “lifelong fixer” for Hillary Clinton, and his own involvement in criminal drug cartel money laundering banks was covered up by none other than Robert Mueller.

They’re all part of a criminal “mafioso” gang: James Comey, Loretta Lynch, Robert Mueller, James Clapper, Hillary Clinton, Barack Obama, John Brennan, Andrew McCabe, Peter Strzok, Lisa Page and many more. These people are criminal traitors of America and pose a “clear and present” danger to the sustainability of our constitutional republic. (Read DeepState.news for more coverage of the treason carried out by these “black hat” deep state actors.)

Kevin Shipp, a former CIA officer, is the author of From the Company of Shadows, and you can check out his website at ForTheLoveOfFreedom.net. He’s also a member of the Joint Task Force to Make America Great Again (JTFMAGA.com), which describes itself as a group of “white hat deep state patriots.”

As All News Pipeline relates:

We will close with this extremely important excerpt from Greg Hunter’s USA Watchdog and his recent interview with former CIA officer and whistleblower Kevin Shipp which sums up everything that we’ve been witnessing ever since President Trump was elected and explaining exactly why America is still in such danger as a ‘Constitutional crisis’ the likes we’ve never seen in America continues to unfold in the days and weeks ahead. You can the entire interview embedded as the final video below.

Former CIA Officer and whistleblower Kevin Shipp says what is going on with Donald J. Trump “is an ongoing coup to remove a duly elected President.” Shipp contends, “This is a huge constitutional crisis like the country has never seen before. This makes Watergate look like a Sunday school class.”

On Friday, Shipp and other retired top officials at the CIA, FBI, DOJ and NSA held a press conference and demanded Attorney General Jeff Sessions prosecute top Obama era officials for obvious crimes against the incoming Trump Administration. Shipp says, “We have a coup within our government right now at the senior levels at the CIA, DOJ and the FBI attempting to unseat a duly elected President who was elected by the American people and remove him from office. . . .This is, at worst, treason with senior officials in the shadow government or Deep State . . . to attack Donald Trump and remove him from office.”

Shipp goes on to explain, “There is essentially a civil war involving parts of senior management and upper parts of our government that is occurring in the United States. It’s between the ‘Dark’ side and the ‘Constitutional’ side. There has never been anything like this in history. It is extremely serious, and this is an extremely serious hour for our government and especially for our constitutional freedoms. . . . This essentially is a global criminal cabal that has penetrated into our government and now has senior level officials colluding and, I would argue, conspiring to unseat this president.”

NOTE: YouTube will sooner or later censor this video and all other videos that expose the traitorous deep state. On July 4th, I’m launching Brighteon.com, a YouTube alternative that protects the free speech of pro-liberty, pro-freedom voices. Spread the word: Every journalist, blogger and whistleblower in America needs to go to Brighteon.com right now and request a content channel. Toward the last half of June, accounts will be activated and you can begin uploading videos which will go live on July 4th.

Here’s an update on Brighteon.com that explains more: