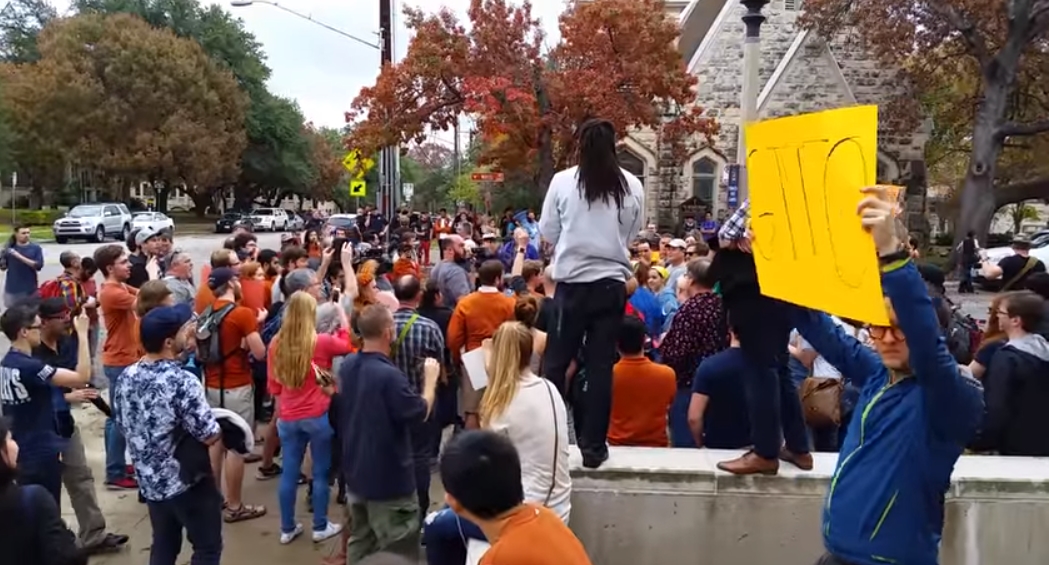 In the weeks after the Parkland, Florida, high school shooting I was extremely critical of the American Pravda media for swooping in on unsuspecting — and grieving — students and exploiting them and the tragedy in order to push their Left-wing, anti-Second Amendment views.

It sickens me the way the Pravda media is using the latest school shooting in Florida to push an anti-American, anti-freedom, anti-liberty, anti-self-defense agenda as the sole “solution” to prevent future incidents from occurring.

But they don’t care. They are Marxist-Leftists pushing propaganda; they’re not “reporting” on this incident to inform their viewers. They are doing what they always do in these situations: They use the victims, their families, and their grief as pawns to push America one step closer to the day when nobody has a gun except the authoritarians in charge.

Come to find out, the Pravda media aren’t the only ones exploiting Parkland students. Left-wing teachers at Parkland are doing the same thing.

Held at the Marriott Hotel in Coral Springs, FL, the meeting was organized by Debby Miller, who teaches at Beachside Montessori Village, a Broward County Public School. Miller introduced herself as a representative for the Giffords Foundation, which has decided to fund and sponsor over 200 students, staff, and parents from Parkland, Florida to attend the march in Washington.

The Giffords Foundation was founded by former Arizona Rep. Gabby Giffords, a Democrat who was shot and nearly killed during a political event near Tucson in January 2011. Six people were killed; the gunman, it was later discovered, was a Left-wing nut job.

During the event, Miller talked about things that were going to happen during the march that are currently “top secret” — apparently to include House Minority Leader Nancy Pelosi’s participation (if she can remember where it is and what it’s about).

“We’re also going to have things that are not on the agenda that are kind of top secret. So all of the press here just pretend like you’re not hearing this. We will be introduced on Capitol Hill by Nancy Pelosi, so that’s kind of cool. And it’s quite possible we are going to have a private meeting with Joe Biden. Don’t say anything to anyone,” Miller said.

During her presentation, Miller also bragged about using taxpayer resources to coordinate the March, and said she doesn’t have any problem with students breaking the law — if, you know, it’s for the ‘right reasons.’

“It was supposed to be a march, but shockingly they wouldn’t give permits for the march, so the march became a rally,” she told the crowd, alluding to a “super off-the-record” fact that the Giffords Foundation couldn’t secure a permit from the District of Columbia to hold a march on Capitol Hill.

There’s more. There seems to be an emerging behavioral pattern among Left-wing Democrats and their supporters: Anti-Semitism, as evidenced by Miller’s off-color remark about “Jews” and “the weather.”

“I would say something about the politicians if the Jews are in charge of the weather, but that’s not right,” she smirked, to laughter in the room.

That sounds amazingly familiar to remarks made recently by a black Democratic city councilman in Washington, D.C. Trayon White, Sr. said of the Nor’easter hitting the East Coast this week: “Man, it just started snowing out of nowhere this morning, man. Y’all better pay attention to this climate control, man, this climate manipulation. And D.C. keep talking about, ‘We a resilient city.’ And that’s a model based off the Rothschilds controlling the climate to create natural disasters they can pay for to own the cities, man. Be careful.”

Yeah, ‘be careful’ America. The next thing you know, these Left-wing hacks will be requiring our children to wear brown shirts.