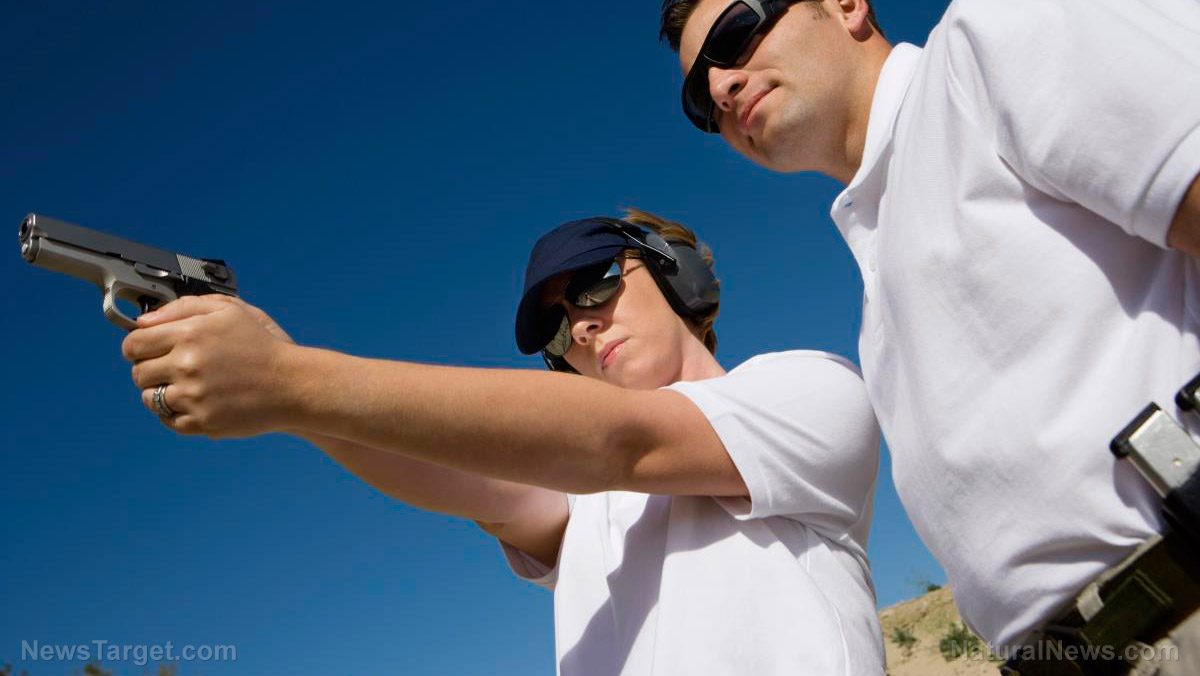 To be fair, it’s completely understandable in this day and age for public school officials to be wary of anything having to do with students and guns. The rash — well, the epidemic — of school shootings, which have been increasing in frequency since the 1999 student-led attacks at Columbine High School outside Denver, Colo., has no doubt made school administrators jittery, to say the least.

But as often the case when it comes to potential threats, some school officials are over-correcting in their actions to prevent their students from becoming the next victims of an armed attack.

As reported by NJ.com, a New Jersey school district is facing a public backlash and a lawsuit threat over its reported suspension of two high school students over a gun picture taken by family during a visit to a private shooting range.

As the news site reported further:

The photo of four rifles, magazines and a gun duffel bag was shared by one of the students on the social media app Snapchat with the caption “fun day at the range,” according to Lacey Township resident Amanda Buron, a family friend of one of the students.

A screen capture of the image made the rounds among other students and later brought to the attention of Lacey Township High School officials. Buron said the students received a five-day in-school suspension for violating the school’s policy on weapons possession.

While it’s true that actual guns have killed far too many students in American schools over the past 20 years, I have never heard of an instance where a picture of a gun has committed mass murder. But you can’t be too careful, right?

Still, conflating a picture of a gun with an actual gun is a big, giant, long bridge too far in my book. (Related: Gunman shoots two students at Maryland high school — armed security officer halts attack in 60 seconds using a loaded weapon.)

School Superintendent Craig Wigley told NJ Advance Media after the suspensions that “information posted on social media is incorrect” regarding the incident and that he could not discuss private matters involving students. But he also would not clarify which aspects of the social media accounts were false, either.

“We are not at will to contradict public opinion on the Internet,” Wigley wrote after declining to speak to the local press by phone.

He may yet get an opportunity to discuss the matter in public, however. NJ.com reported that word is out: Parents want lots of people to show up at the next school board meeting to protest the administration’s decision.

Now, some have said that the image was ‘ill-timed’ given the still-recent memory of the Parkland, Florida shooting on Valentine’s Day. But I’m betting the family that took the Snapchat pic 1) did not do so with the intent of having it spread around the school as an “actual” firearm; and 2) did not have Parkland, Fla., on their minds at all.

The parents of the suspended students are getting some help in the form of a New Jersey-based gun-rights advocacy organization, which apparently has sent the school a cease-and-desist letter along with the threat of a lawsuit if the policy of treating gun pictures as actual guns isn’t changed and the suspensions overturned.

In its letter, the Association of New Jersey Rifle & Pistol Clubs cited a rule which says that students can be suspended for up to a year if they are “reported to be in possession of a weapon of any type for any reason or purpose on or off school grounds.”

That last part, “off school grounds,” doesn’t seem like it would pass constitutional muster, nor should students who are off-campus with a firearm, especially when they are hanging out with family or friends, have to worry that the activity offends the sensibilities of school administrators.

“The policy is clearly wrong and violates the Second Amendment,” ANJRPC executive director Scott Bach said. “We hope that they’re reasonable people and they will fix it. If they don’t, we’re prepared to take legal action.”

I hope so too, but then again, “reasonable people” would never have made such a rule.

Read SecondAmendment.news for more coverage of firearms rights and liberties.