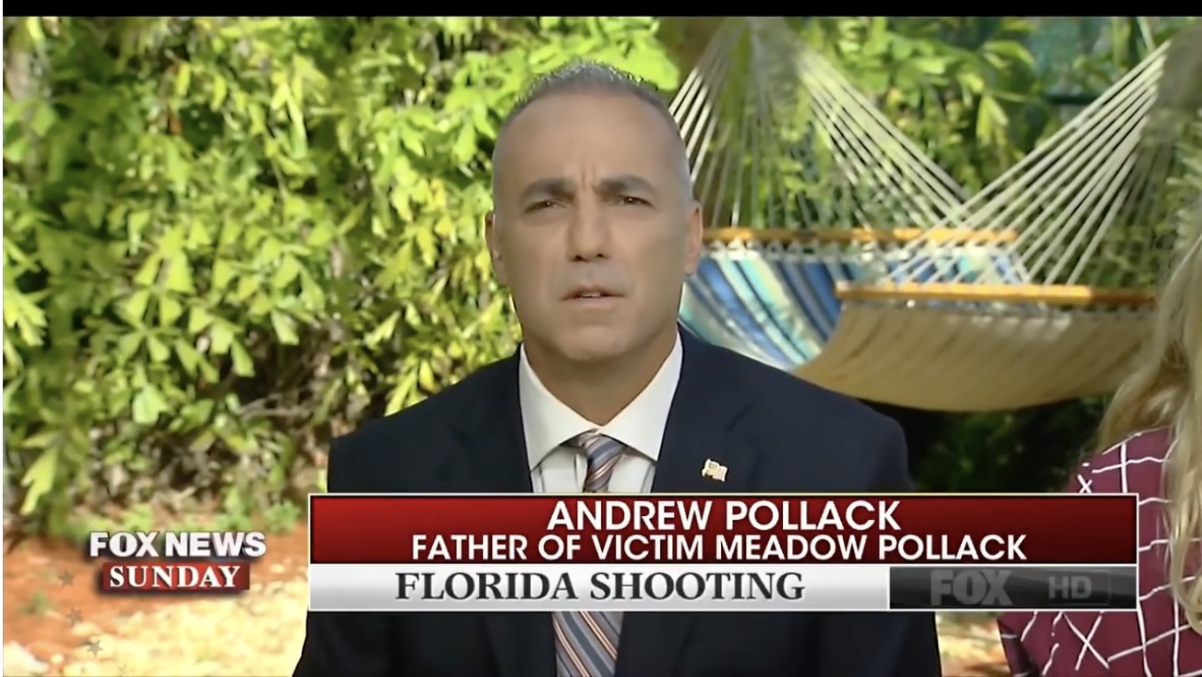 It sickens me the way the Pravda media is using the latest school shooting in Florida to push an anti-American, anti-freedom, anti-liberty, anti-self-defense agenda as the sole “solution” to prevent future incidents from occurring.

But they don’t care. They are Marxist-Leftists pushing propaganda; they’re not “reporting” on this incident to inform their viewers. They are doing what they always do in these situations: They use the victims, their families, and their grief as pawns to push America one step closer to the day when nobody has a gun except the authoritarians in charge.

Thankfully, I’m not the only one who is sick of this same ol’ song-and-dance. At least one father who lost his daughter in the Parkland, Fla., shooting is just as tired as I am of hearing the media drone on about nothing but gun control — as if saying it enough times will bring it about.

As if real gun control would really work, given that we can’t even stop Mexican cartels from smuggling human beings and drugs into our country. Gun-smuggling would be just as easy and twice as profitable.

As reported by The Blaze, the father — Andrew Pollack, who has also been attacked for being a Trump supporter — told Fox News’ Sunday anchor Chris Wallace the media’s treatment of the shooting has been horrible, if not predictable.

He even had some criticism for Wallace.

“You didn’t say one thing about fixing it. The American people, we could get together on school safety,” he added. “But when you polarize it and every other media…we don’t care about gun control right now…you’re not gonna get everyone together on it. But, we are gonna get everyone together on fixing our schools.” (Related: BOMBSHELL: Florida mass shooting was ALLOWED to happen: Four deputies stood down, led by egomaniacal sheriff exposed as an anti-gun Democrat operative seeking fame.)

Continuing, the grieving father tore into the rest of the Pravda media and Wallace for refusing to ask important questions regarding school safety nationwide, and what practical solutions can be implemented to at least make it far more difficult to walk into a school and gun down kids.

And he also correctly noted that ‘gun control’ is a ratings driver; ’tis far better on the networks’ bottom lines if they have two or three people shouting at each other over guns.

“Today, it’s not about guns. It’s about the safety in our schools, and that’s what you ask Gov. Scott about. My kid’s not here because the schools weren’t safe. That’s the main thing,” he noted.

He said that security at schools ought to be very similar to the kind of security we have at the nation’s airports and courthouses — two places where there is seldom any gun violence.

Throughout the rest of the interview, Wallace tried to ask Pollack questions about other topics, such as the school resource officer who didn’t engage the shooter and took cover outside, but Pollack didn’t want to talk about extraneous issues. He sought to keep the dialogue focused on improving school safety, so his daughter’s death wasn’t in “vain.”

Other parents are also tired of the Pravda media. Last week Andrew Klein, father of a daughter who attends Marjory Stoneman Douglas High School in Parkland, was the second person to come forward and accuse CNN of rigging a “town hall” meeting last week that focused not on solutions but only on gun control and blaming the NRA.