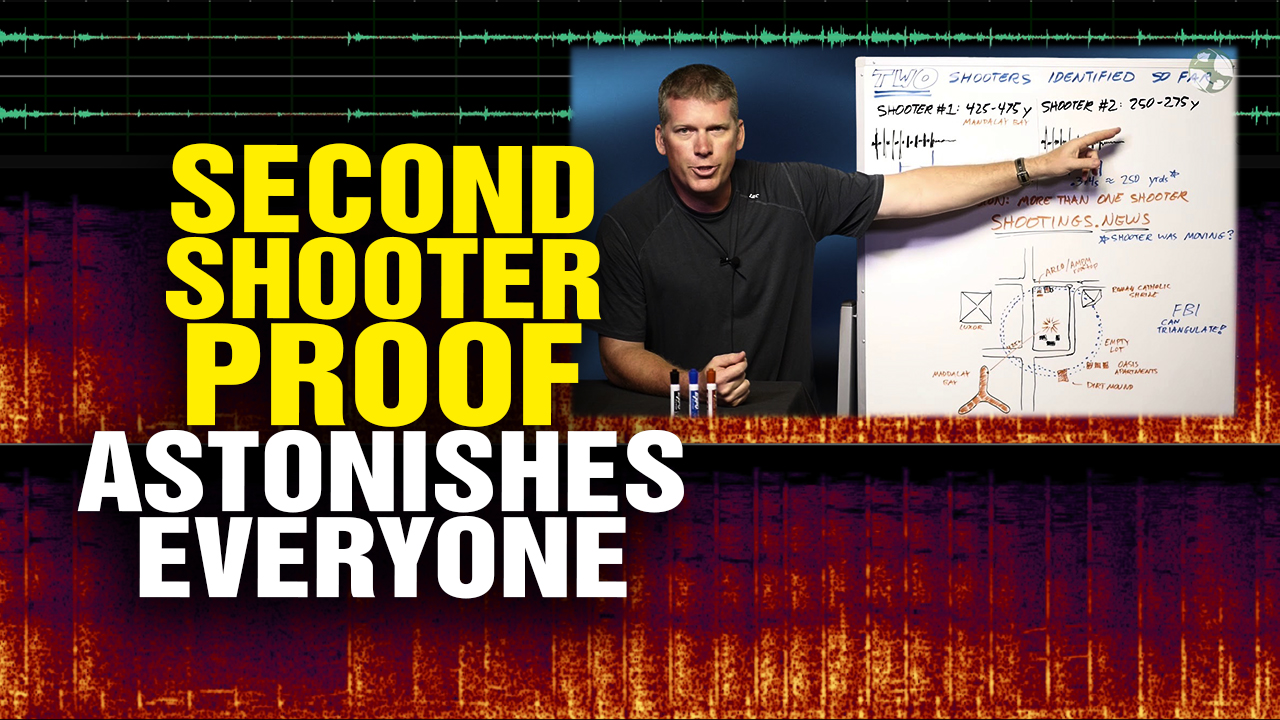 Anyone who’s taken even a cursory look at the official story of events surrounding the Las Vegas Route 91 Shooting probably already knows that things just don’t add up. But now there’s even more concrete evidence that debunks the obvious inconsistencies concerning what allegedly happened that fateful day, including proof that there were, indeed, multiple shooters, as Natural News has long been saying.

A new video by InfoWars’ Rob Dew breaks it all down in simple terms, explaining new information about the case that has emerged. One of the major bombshells is the recent admission by Las Vegas Metropolitan Police Department (LVMPD) Sheriff Joseph Lombardo that authorities are continuing with their investigation into another individual other than Stephen Paddock and Marilou Danley who may have been involved in the shooting.

You can watch Dew’s entire segment providing evidence of a coverup below:

Speaking before the press, Sheriff Lombardo admitted that there is an ongoing FBI case against an “individual of federal interest” other than those two, suggesting that there’s a big piece to the puzzle that’s not being covered by the mainstream media. Sheriff Lombardo also stated that his department does not anticipate charges being brought against Marilou Danley, which leaves this other unidentified individual as a prominent suspect.

“As to any other people, the FBI has an ongoing case against an individual of federal interest,” he said. “I will not be able to elaborate on that statement because it’s a pending investigation. Any further information in reference to that individual can be provided by the FBI.”

Sheriff Lombardo stated during the press conference that authorities still do not have a motive as to why Stephen Paddock allegedly shot up the crowd, other than the fact that he had reportedly lost a lot of his monetary wealth just prior to going on the shooting rampage.

Representative Scott Perry (R-PA) also says he’s obtained “credible information” to suggest that the shooting may have actually been incited by ISIS for purposes of terrorism, rather than by “lone wolf” Stephen Paddock. While speaking on Fox News‘ “Tucker Carlson Tonight” show, Rep. Perry told the conservative icon that he was “made aware” of “potential terrorist infiltration through the southern border.”

“Let’s face it, ISIS twice before the attack … warned the United States that they would attack Las Vegas in June and August after the attack claimed responsibility four times,” Rep. Perry added. “Meanwhile, the local law enforcement investigative services are telling us there is no terrorist connection–lone gunman, again, something is not adding up.”

Rep. Perry’s statements were received as incendiary by Sheriff Lombardo, who insisted that neither his department nor the FBI has seen any evidence that the Las Vegas shooting was associated with ISIS terrorism. But the congressman was insistent in giving his warning, adding that he believes there to be credible evidence of “a possible terrorist nexus,” and that time will tell whether or not this was the case.

At the same time, Rep. Perry explained how he would like to see the National Counterterrorism Center (NCC) brought onto the case to conduct its own investigation. Having the NCC onboard would help to clear the record, one way or another, with regards to who was behind the Las Vegas shooting.

“If ISIS warns about an attack and then an attack occurs and claims responsibility after the fact, it seems to me that at a minimum, they should have some portion of the investigation to clearly debunk that claim and, yet, it hasn’t happened,” the Pennsylvania congressman stated.