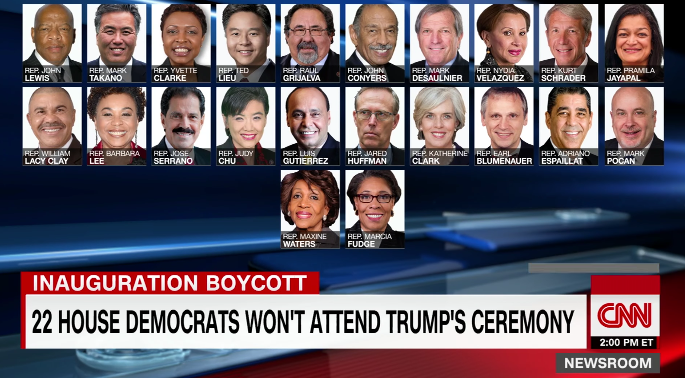 In 2013, the last time the U.S. government ran out of congressionally approved funding and had to partially “shut down,” Democrats went off the rails blaming Republicans.

The leading Democrat at the time, President Barack Obama, was of course right in there with them.

“Right now,” Obama told reporters back then, “House Republicans continue to tie funding of the government to ideological demands like limiting a woman’s access to contraception or delaying the Affordable Care Act, all to save face after making some impossible promises to the extreme right wing of their party.”

He haughtily added: “You don’t get to extract a ransom for doing your job, for doing what you’re supposed to be doing anyway, or just because there’s a law you don’t like.”

Then-Senate Majority Leader Harry Reid, Nevada Democrat, joined in: “It will be a Republican government shutdown — that’s pure and simple.”

Well, the rest is history. Democratic predictions of doom for Republicans turned into historic Republican gains in the House the following year, along with control of the U.S. Senate. And in 2016, the party gained the White House with the election of Donald J. Trump.

So what’s the Democratic game plan this time around, now that we’re once again facing the prospect of another partial government shutdown by the end of this week?

Well, to blame Republicans, of course, and do exactly what Obama said should not be done: Hold American government hostage while extracting a “ransom” — in this case, a path to legalization for 800,000-plus illegal aliens.

Sen. Chuck Schumer, D-N.Y., the chamber’s minority leader, is demanding that Republicans and President Trump agree to a legislative fix to Obama’s DACA program — Deferred Action on Childhood Arrivals, which was created via an unconstitutional executive order. Trump rescinded the order in September and gave Congress six months to come up with a fix.

Schumer and minority Democrats now believe they have leverage to insist on passing a “clean” DACA bill (before border security; before funding for Trump’s border wall; before ending “sanctuary cities”) because they think that Republicans will suffer if they force a shutdown.

They’re just as wrong now as they were following the 2013 shutdown, after which Republicans won everything in D.C.

But let that sink in: Today’s Democratic Party is all in for illegal aliens — so much so that they’re willing to sacrifice national security by holding up funding of Republican plans to rebuild the U.S. military after eight years of funding neglect by Obama and Democrats.

So much so that Democrats are willing to sacrifice pay for our military personnel — the very men and women who provide them with security, not to mention the freedom to behave like jerks. (Related: Line in the sand: House Freedom Caucus chair vows NO DACA amnesty in upcoming spending bill.)

As reported by the Daily Caller on Wednesday, Congress has only a few days to strike a budget deal to fund the government through next October. January 19 is the deadline; if no deal is reached, then all “non-essential” federal employees and all active-duty U.S. military personnel will have to work without pay (and that includes troops that are currently deployed to combat zones).

So Democrats would hold up funding the government and allow our soldiers, sailors, airmen, Marines and Coast Guardsmen to operate in harm’s way because they’d rather be all in for illegal aliens.

To be sure, the last time around the military and federal employees received back pay; but that said, there is no legal requirement that Congress authorize them to receive back pay.

As for now, never mind the Democrats’ rank hypocrisy regarding their attitudes the last time Republicans forced a shutdown. The one thing you need to understand this time around is that Democrats are more concerned with securing rights, benefits and special protections for people in our country illegally than they are paying the people charged with defending it.

As Reid once said, ‘that’s pure and simple.’