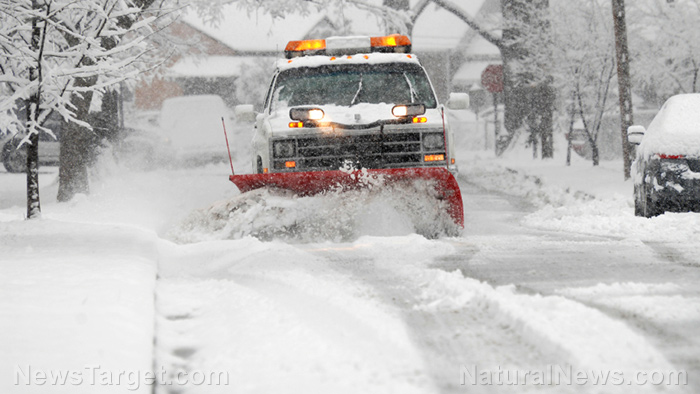 No one in their right mind wants to breathe dirty air or leave our country and our earth worse off for the next generation and beyond. That includes “conservatives” and “capitalists” who are always accused by the Left as wanting to destroy the planet.

That said, there has to be a better balance between sustainable environmental policies and meeting the needs of a modern society. Yet thanks to record-cold temperatures this winter, we’re seeing that in parts of the country dominated by Left-wing politics, decisions involving policy and infrastructure have lacked a rationality factor.

For years, progressive environmentalism forced on power companies throughout New England have resulted in reductions in the number of coal-fired power plants. There has been so much loss of capacity that today, as temperatures plunge and demand for power rises, operators are struggling to meet the needs of the people. And the mass failure of the electric grid during this record cold will mean people will freeze to death.

The paper noted further that despite the fact that energy industry officials have, for years, been warning that the region upgrade its energy production capacity by, at the very least, building new natural gas pipelines, those proposals have “been blocked or withdrawn,” primarily due to opposition from environmental groups.

But the excessive liberalism isn’t limited to environmental groups. State and federal regulations have played their part as well, including unrealistic curbs on emissions and the implementation of rules that make affordable power production impossible.

Now, these regulations and dearth of power infrastructure are set to pose big problems for local residents.

“Environmental limitation on how much, or whether, some oil-fired power plants will be able to generate electricity could become a concern this week and for the remainder of the winter,” said ISO-New England spokeswoman Marcia Blomberg in an email to Boston station WCVB.

This is a dilemma some time in the making.

Four years ago, writing in Scientific American, Lindsey Konkel — nothing that coal-fired plants were “virtually extinct” at that time. Konkel further explained how “Stringent environmental regulations and a steep drop in the cost of natural gas” led regional officials throughout New England to move away from coal in deference to natural gas. (Related: UN official actually ADMITS that ‘global warming’ is a scam designed to ‘change world’s economic model.’)

“Natural gas is killing coal plants, but more natural gas infrastructure may be adverse to health and climate in the long run,” Konkel quoted N. Jonathan Peres, an attorney for the Boston-based Conservation Law Foundation.

As such, that’s why multiple pipeline projects have been killed off in recent years, including one that “would have expanded an existing New England pipeline and was expected to save customers $1 billion a year,” The Daily Caller noted.

In other words, there is no middle ground and no rationality among Alt-Left environmental activists and politicians. They don’t want gas or coal, but they don’t want to freeze to death, either.

And yet, many of them may if the weather remains as cold as it’s been.

Then again, the same failing power infrastructure throughout New England will be taxed again when the heat and humidity of summer return.