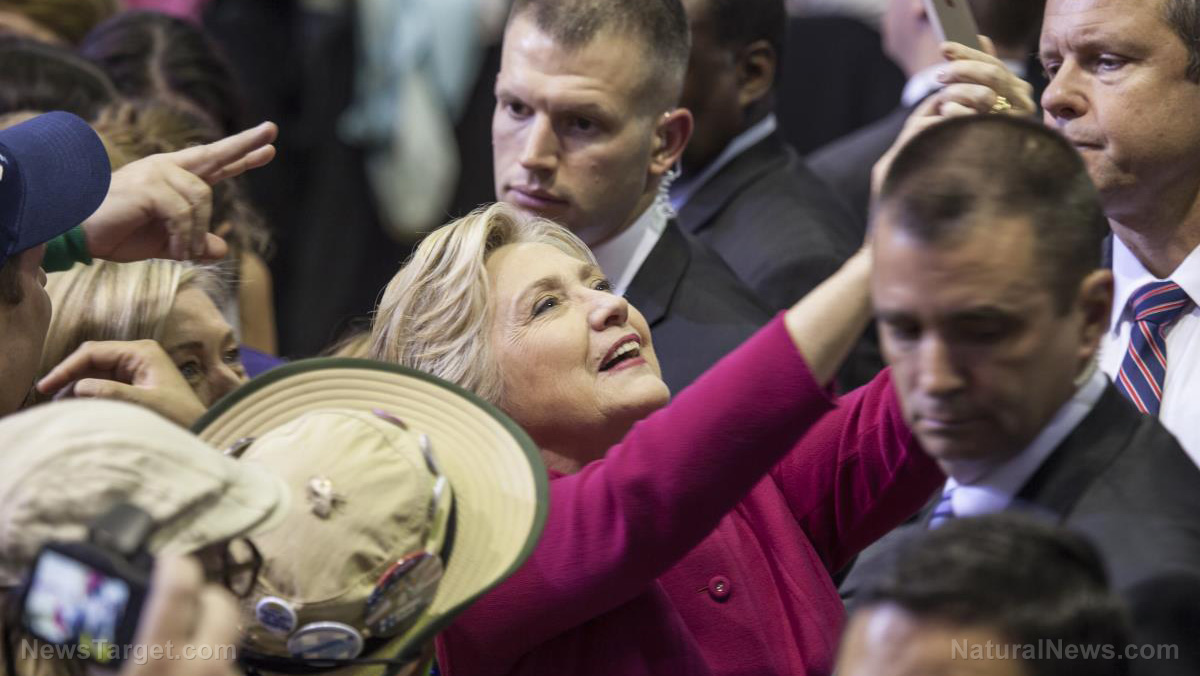 The “controversial” video, entitled, “6 New Year’s Resolutions for Hillary Clinton,” suggested that Clinton get over the election already and take up some new hobbies. Some of the video’s recommendations include working on a sequel to her book, for instance, as well as knitting and getting outside and hiking more.

The video further joked about how Clinton should stop her phone from automatically stating that she was forming an exploratory committee, as well as consider teaching a course on how to alternate nostril breathing.

Compared to the oftentimes R-rated attacks of the mainstream media against President Trump, Vanity Fair‘s treatment of Clinton was barely G-rated, and would probably work well in a Disney film. But because she’s a woman and a liberal, hordes of entitled, thin-skinned snowflakes were quick to condemn the magazine.

Some of these snowflakes were celebrities, including mouthy feminist actress Patricia Arquette. In a furious response relayed by CBS News, Arquette screeched the social media equivalent of a wild banshee:

“HeySTOP (sic) TELLING WOMEN WHAT THE [expletive] THEY SHOULD DO OR CAN DO. Get over your mommy issues.”

Fellow feminist loudmouth and Hillary Clinton apologist Shauna DeBono had a similar “Reeeeee!” moment on Twitter, accusing Vanity Fair of being “sexist” for its criticisms of Clinton.

“Quick tip: don’t tell one of the most accomplished women in the world to take up knitting.”

In typical liberal media form, the editors of Vanity Fair were quick to cave to this onslaught of toxic feminism. Rather than issue a message of “suck it up, buttercup” – or better yet, no response at all to the mindless insanity – the magazine issued an apology.

“It was an attempt at humor and we regret that it missed the mark,” reads the official statement issued by Vanity Fair.

As he’s notorious for doing, President Trump was also quick to take on the bullies who so easily whined and cried their way into the obviously coerced apology. He tweeted his own message to the magazine stating:

“Vanity Fair, which looks like it is on its last legs, is bending over backwards in apologizing for the minor hit they took at Crooked H. Anna Wintour, who was all set to be Amb to Court of St James’s & a big fundraiser for CH, is beside herself in grief & begging for forgiveness!”

While Anna Wintour is actually the editor of Vogue, she does run Conde Nast, which is the parent company of Vanity Fair. In essence, the President made it clear that the magazine and its editors were foolish to cave on such a pathetic attack by leftist snowflakes still desperately trying to push political correctness in the post-Trump era. Newsflash: Your days are over.

“… it’s obvious that no such apology would have been forthcoming regarding any material directed at Trump,” commented conservative pundit Ben Shapiro about the whole thing, noting that the magazine has published similar mocking videos of a much more biting tone against President Trump and his administration, without apology.

“See if you can train the muscles in your mouth to say, ‘The President was lying, Jim. He’s a liar!” one of the editors of that video is heard quipping. Another makes the suggesting that Huckabee Sanders take up instragamming baked goods instead of being the White House Press Secretary. Did Vanity Fair apologize for this? Not a chance.