Reminder: Even the mainstream media admits false flags are real 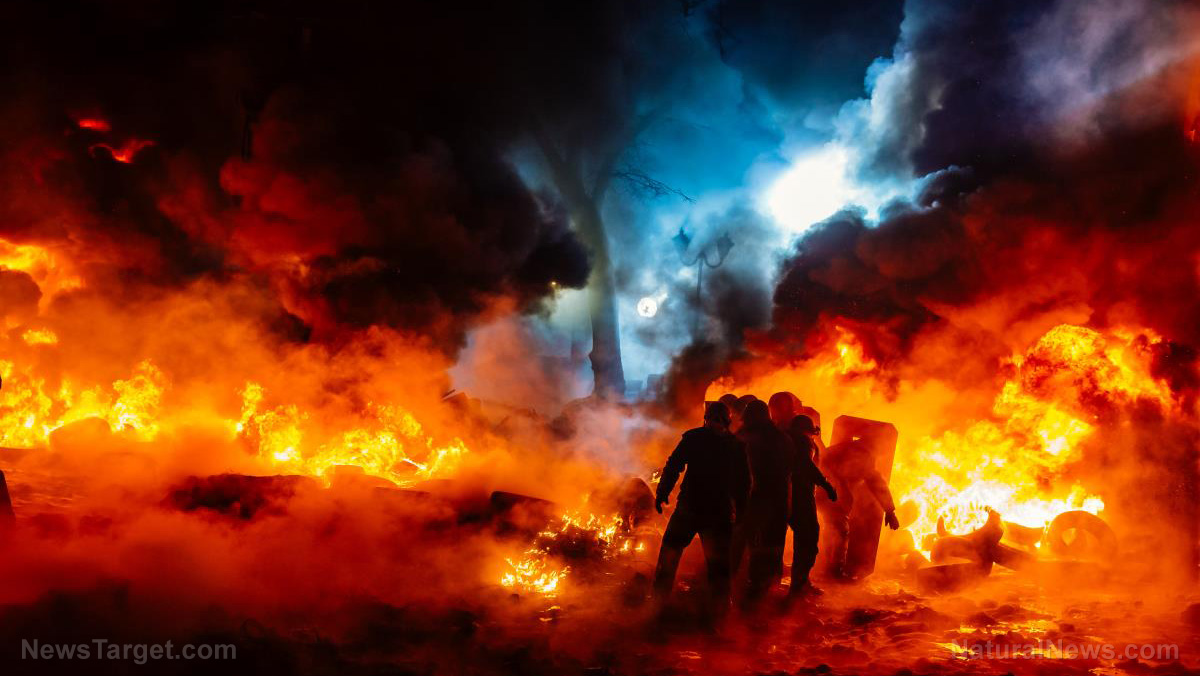 Intelligence agencies, government officials, and even members of the mainstream media talk openly about the use of false flags to deceive others.  Skepticism toward “false flags” grew after the introduction of “The War on Terror” — an obvious psychological manipulation tactic created by U.S. intelligence agencies at the turn of the century to instill perpetual fear into the general public. This flamboyant term “War on Terror” has no concrete basis in reality and is readily associated with deceptive false flags. This sudden “War on Terror” is the reason why so many critical thinkers question the official story of 9-11. Was this attack known, or even planned out beforehand by U.S. intelligence agencies? Did the U.S. government allow this attack to occur or perhaps set a certain group up to appear as the enemy? Could 9-11 be considered a false flag event? False flags are used to make an attack appear as if it was carried out by a certain group.  This has always been a tactic to motivate one group to fight another, or as a means to gain public support for war or political action.

Motivated by the fear of terrorist attacks and the threat of foreign enemies who hate America, the public can be readily controlled by new laws (like the Patriot Act) unconstitutional surveillance tactics (used now by the NSA) and breaches of privacy (witnessed with the TSA).

The term “War on Terror” also gave the U.S. government carte blanche power to fight an unnamed enemy across multiple countries without Constitutional approval. Through the “War on Terror,” Congress was under no obligation to declare war. The manipulative term gave the U.S. government and all its intelligence agencies the open door for perpetual war against an invisible enemy. Any and every ensuing act of violence against a U.S. citizen could then be used to justify this never-ending “war on terror.”

Today any tragic event of violence can be advertised on the mainstream media as a means to instill fear into people, to stir their emotions into giving up their own freedoms. No tragedy goes to waste in today’s media. Whenever there is an attack, people want to know they are still safe; more warrantless searches and spying on innocent Americans seem necessary to prevent terror. Inappropriate body searches and shakedowns seem necessary when there is always a lingering threat. Likewise, whenever there is a mass shooting, there are demands for gun confiscation, as gullible minds seek the illusion of safety, while demanding restrictions on their own personal right to self-defense.

Former U.S. President James Madison understood how false flags and fear tactics are used to strengthen those in power. He said, “If Tyranny and Oppression come to this land, it will be in the guise of fighting a foreign enemy.”

Just as fear is used to control others, so the false flag is a necessary tool to manipulate people. A false flag is a strategic plan of deception, a calculated manipulation. False flags are carried out by government agencies that believe they are above the law. False flags are used by sociopathic personalities who seek to maintain their power, who seek to keep the people’s trust in their authority.

Intelligence agencies use false flag tactics and talk openly about them. Even mainstream media’s NBC News was open about the use of false flags:

“In another document taken from the NSA by Snowden and obtained by NBC News, a JTRIG official said the unit’s mission included computer network attacks, disruption, ‘Active Covert Internet Operations,’ and ‘Covert Technical Operations.’ Among the methods listed in the document were jamming phones, computers and email accounts and masquerading as an enemy in a ‘false flag’ operation. The same document said GCHQ was increasing its emphasis on using cyber tools to attack adversaries.”

The Washington Post quoted former secretary of Defense Donald Rumsfeld, who said a false flag is an acceptable interrogation method. “A technique known as ‘false flag,’ or deceiving a detainee into believing he is being interrogated by someone from another country,” Rumsfeld said.

The latest JFK document dump reveals that false flags were used by the U.S. government as a means for getting public support to fight the Soviet Union.

When Washington’s Blog questioned Philip Giraldi, former counter-terrorism specialist and military intelligence officer with the CIA, Giraldi responded: “Yes, of course. We did false flags, and called them that, frequently in the operations directorate using false documentation to indicated that we were nationals of a country that was not the United States. Almost every CIA officer had false third country identification when operating overseas….”