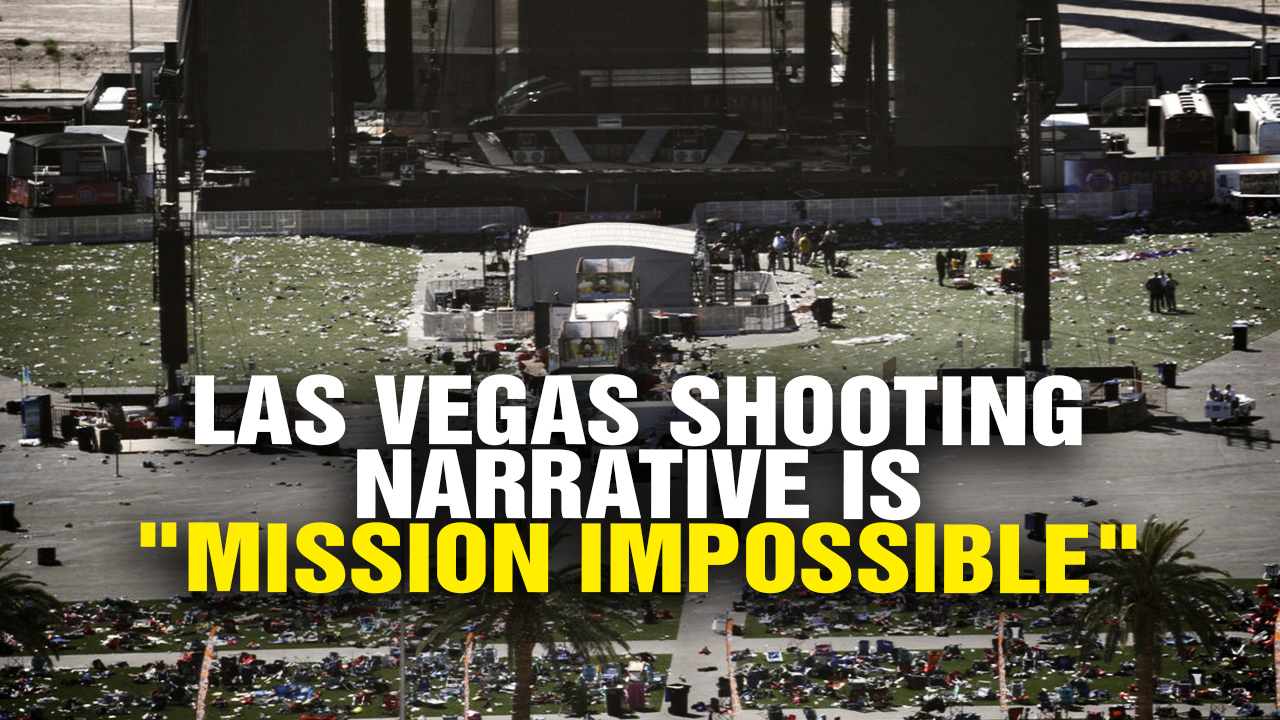 Following nearly every mass shooting or terrorist attack over the last decade, thanks to the 24-hour news cycle Americans are fully informed of the facts surrounding the events.

We know who the attacker(s) is(are). We know salient details surrounding the attacks. We know their history, their last known address, their criminal (or terrorist) background.

We know everything about them and the motive behind their attack.

So why don’t we know why the Vegas shooter, Stephen Paddock, decided to ambush a crowd of thousands, killing 58 and wounding around 500 people in the process, in early October?

Moreover, why did the FBI just announce it will be nearly a year before Paddock’s motive is revealed?

As reported by Fox News:

Be prepared to wait a while – possibly until next October – the chief of the FBI’s Las Vegas office revealed this week during an interview in which he said the agency probably wouldn’t brief the public until their report is released sometime before the tragedy’s first anniversary.

What’s worse than having to wait is the agent in charge treating the American public like a bunch of ignoramuses.

“Now that’s a long time for some people, but speaking for the FBI, that’s light speed, all right?” Special Agent in Charge Aaron Rouse told the Las Vegas Review-Journal on Wednesday.

“Light speed?” Is he serious?

No, Mr. FBI Agent, ‘light speed’ is knowing all there is to know about an attacker and his motivations like, within a few days to a week, at most.

Recall the latest mass shooting at that Texas Baptist church in Sutherland Springs in early November. Within an hour we knew the shooter — Devin Patrick Kelley — and within a few days, we knew why he attacked (anger at his ex-wife’s family and his history of mental health issues). We even knew that he’d been convicted of domestic violence by the Air Force, served a year of confinement, and that the service then neglected to report his conviction and court-martial to the FBI, as required by law, which enabled him to buy the gun he used in the killings.

We knew all that stuff within days, not a year. So what the “H” is Rouse talking about?

Mind you, his statement came as the Las Vegas PD announced the ‘mysterious’ disappearance of one of its ranking officers, police Capt. James Larochelle. As The Gateway Pundit reported, the officer was last seen early on the morning of Dec. 21 near Desert Foothills & Charleston, driving a tan 1998 Land Rover with a Nevada license plate (592 JBV).

In November, TGP noted further, LaRochelle unveiled “ShotSpotter technology” which employs sensors to “triangulate the source of gunfire” in the Las Vegas Valley. The officer is the commander of Metro’s Organizational Development Bureau.

What in the world is going on?

Rouse said that reports from other agencies investigating the Paddock shooting will be released at various times in the upcoming months. However, he said his agency’s report is “focusing a large part on the why” which is “what everybody wants to know.” (Related: MISSION IMPOSSIBLE: Official story of Las Vegas shooting unravels; physical impossibility of lone gunman senior citizen makes narrative ludicrous.)

That’s true, we do. But that doesn’t explain why it’ll take a year to release.

Because either the FBI already knows the reason, or it doesn’t. And if the reason isn’t yet known, why not just say that?

Rouse said the FBI has interviewed around 400 people around the world who had any connection to Paddock at all. He said the bureau has brought in an equivalent number of analysts and specialists to help document the evidence.

He added that agents have collected 22,000 hours of surveillance and cellphone footage and 250,000 photos.

And we’re supposed to believe they still don’t know why Paddock attacked?

I smell a big, fat rat. And a cover-up to boot.