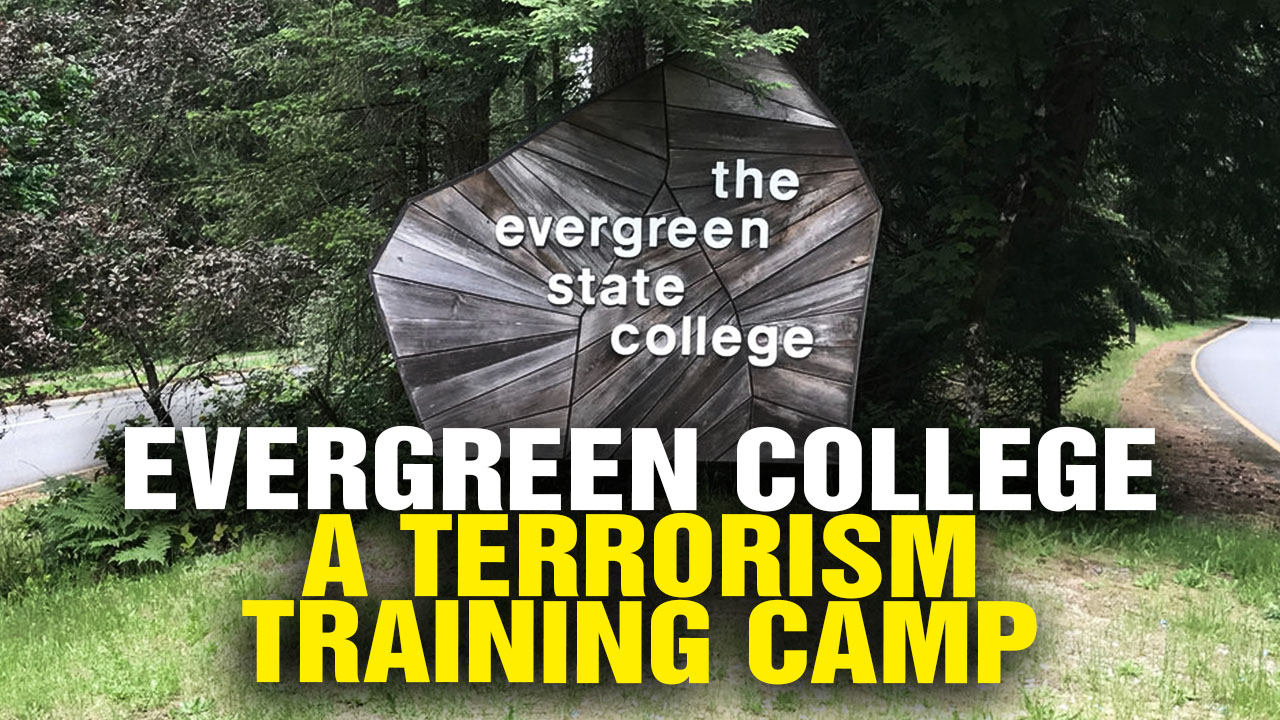 If your skin tone is fair, your best bet is to avoid ever stepping foot on or around the campus of The Evergreen College in Olympia, Washington. That’s because the cowardly administrators there refuse to deal with a radical racist element within the student population that continues to spew anti-white hatred via any medium it can find, including in the school’s Cooper Point Journal student newspaper.

“POC Talk” was first debuted last year, after which time it was temporarily scrapped for whatever reason. It recently re-emerged, however, and its presumably colored editors claim that it is meant to provide “no-holds-barred commentary on local happenings” – again, only for people of color. If you’re white, then you have no say on anything that gets published in the “POC Talk” column, which represents the racial inverse of “whites only” drinking fountains at pre-Civil Rights era public schools.

Explaining how the colored-only column will work, its editors published a description explaining that it will serve as “a place where we can be us without it being overshadowed by the dark cloud that is living under white supremacy and having to see things from a white perspective. This is why when we do cover these issues it will be in the context and from the perspective of POC and POC only.”

Not only is this type of rhetoric what one would expect at a colored version of a Ku Klux Klan, complete with pointy brown hats and burning white crosses, but it’s also ironically racist against people of color who don’t hold the same views as the editors of “POC Talk.” There are, in fact, many different flavors of perspective within “communities of color,” and yet the overt racists at “POC Talk” have marginalized them all into a single representation of groupthink.

Beyond that, these colored crazies have added insult to injury by openly mocking white people who take offense to their racist column. The column’s illiterate editors, in typical form, issued a “Dear white people” plea urging them to “step back” and let the brown people speak within their own coddled space – university approved, of course. They continue with an Ebonics-inspired rant against white people that reads:

“As being told no seems to be a difficult concept for some of y’all I await your emails about the Irish, how the term white fragility is mean (great example of white fragility) and how we need to view people through a color-blind lens (just lol). You will 100% not get a response!!!”

The notoriously racist Evergreen College apparently has no problem with this racist column, as its administration has done nothing thus far to put an end to it. Meanwhile, any self-respecting white person still attending this failing, racist institution is more than likely looking for the quickest way out in the form of an immediate transfer to another school where anti-white hate isn’t the norm.

“Imagine any editorial column anywhere in the country beginning, ‘Dear Black people, please take a step back.’ The outrage would be apocalyptic,” comments Mark Tapson from The Truth Revolt about the ongoing scourge of anti-white racism emanating from the brown-toned malcontents at Evergreen College.

“But blatant, anti-white racism is considered ‘woke,’ thanks to the insidious corrosion of identity politics which has infected and destroyed college campuses across the country.”