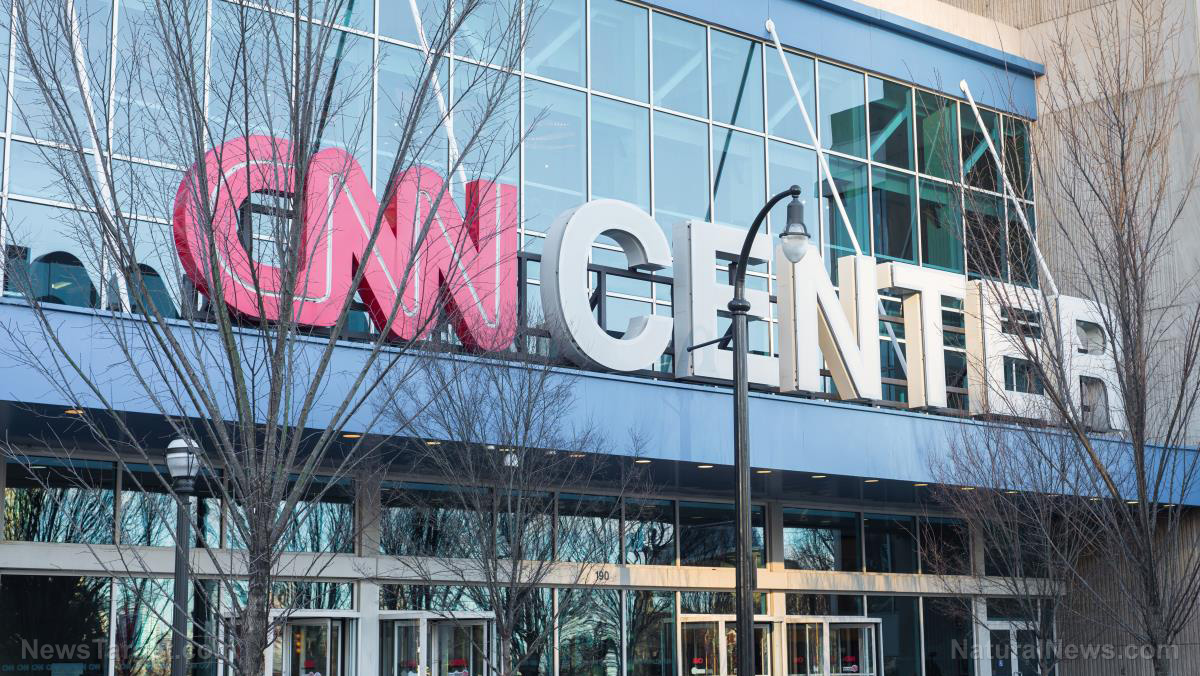 It’s not been a good week for CNN. In fact, it’s not really been a good couple of years for the network — not since Donald J. Trump decided to run for the presidency and then have the temerity to actually win.

In recent days the Fake News Network was caught publishing another out-and-out lie in its never-ending quest to find the smoking gun of “collusion” between the Trump campaign and Russia to “steal the election from Hillary Clinton.”

There isn’t any evidence to find because it never happened, mind you, but that hasn’t stopped the libtard media pretenders at CNN from looking. Or, when nothing is found, simply making it up via allegation, innuendo and insinuation.

The latest goof, as Mike Adams, the Health Ranger, reported:

CNN was just caught in the most epic fake news fail we’ve ever witnessed, pushing out an utterly false piece of fake news that got a crucial date wrong, then using the wrong date to falsely declare that Trump colluded with Wikileaks on behalf of the Russians.

In particular, The National Sentinel continued, the network used what appears to be a single source to declare that Team Trump was offered access to a trove of emails and data “stolen” by Russia then provided to Wikileaks weeks before the trove was published online.

Wrong. In fact, the emailed offer to Donald Trump Jr. was sent the day after Wikileaks published the entire trove.

No “Russian collusion.” No evidence of anything, except CNN stupidity.

But hey, that was last week. Now we’re in a new week, so it’s time for a fresh example of what is nothing short of journalist malpractice by CNN.

In May the network reported that Sessions failed to disclose Russia meetings in his security clearance forms, according to the Department of Justice.

Officials apparently told the network that Sessions failed to list his contacts even though the forms say to list “any contact” with a “foreign government” or its “representatives.”

CNN framed the non-disclosures as more evidence of collusion between Russia and the Trump team, writing, “He has come under withering criticism from Democrats following revelations that he did not disclose the same contacts with Kislyak during his Senate confirmation hearings earlier this year.”

At the time Sessions told officials he was instructed by the FBI not to list meetings with foreign officials that was “connected with his Senate activities.” However, CNN’s legal ‘experts’ denied those claims.

“A legal expert who regularly assists officials in filling out the form disagrees with the Justice Department’s explanation, suggesting that Sessions should have disclosed the meetings,” CNN declared.

That report led to endless breathless coverage the rest of the news cycle by the legacy media, all of whom tried to use the CNN story as proof — proof! mind you — of the “Trump-Russia collusion” narrative.

Uh, wrong. (Related: Here’s proof that 91 percent of DEMOCRATS are clueless dupes because all they watch and read is FAKE news.)

On Monday in a new story, the network was forced to admit another error: That FBI emails prove Sessions was right in his explanation of the non-disclosures.

“A newly released document shows that the FBI told an aide to Attorney General Jeff Sessions that Sessions wasn’t required to disclose foreign contacts that occurred in the course of carrying out his government duties when he was a senator,” CNN’s Evan Perez wrote.

The new article notes that Sessions was doing exactly what the FBI told him to do — and was not misleading anyone, intentionally or otherwise — regarding previous contacts with Russian officials.

So again, it’s a brand-new week in the news business, and we’re starting it off like last week ended: With a fake news story from CNN. (Follow more stories on the lies of the legacy media at LIES.news.)