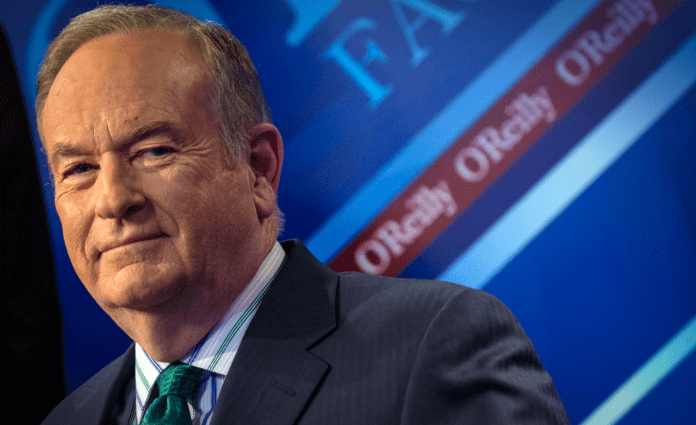 During his weekly segment on “The Glenn Beck Show” on Friday, former Fox News powerhouse Bill O’Reilly dropped a bombshell: He claimed that a major assault against President Donald J. Trump is coming, “probably in January,” and will involve phony allegations of sexual assault.

The segment began with Beck and O’Reilly discussing the sexually-related charges against Sen. Al Franken, D-Minn., whom the former Fox News host said he personally “loathes.”

While not wanting to comment directly on the allegations against Franken — women have also charged O’Reilly with similar behavior and he has settled out of court with some of them — he noted that Franken has a reputation for being dishonest.

“He’s a liar,” O’Reilly told Beck. Franken was an “ideologue for [President] Obama and he’s a hater,” he added.

But the discussion of Franken’s sexcapades eventually led to O’Reilly dropping a couple of huge bombshells regarding Trump.

Later in the segment, O’Reilly noted that under Trump the country seems to be doing better: The economy is rising, consumer confidence is up, and Trump is keeping his campaign pledges. He’s either delivered on many of them or “they are in the works,” said O’Reilly. (Related: O’Reilly on the Trump phone call to soldier’s widow: ‘Whole thing looks like a set-up.’)

Because of his successes, which are also begrudgingly being acknowledged by other anti-Trump media, Democrats are beginning to believe the president will be reelected in 2020. And they are out to stop that from happening one way or the other.

In addition to throwing their own elected leaders under the bus (like Franken, who was no doubt pressured to resign by the all-powerful Senate Minority Leader Chuck Schumer of New York, O’Reilly says), Democrats are going all-in using any tactic they can to destroy Trump.

That will include leveling bogus charges of sexual assault that may have been inspired by a $200,000 payoff, O’Reilly said.

“Trump, even if you don’t like him, is a guy who does respect his promises,” said the former Fox News giant. “Almost everything that he said” during the campaign “is either done or underway.”

I wanna tell you one thing, though. I don’t know if I mentioned this [before] on your program. But I predicted, and we discussed last week, that there’s going to be a tremendous assault on President Trump coming. It’ll probably come in January. Uh…because he did get the tax reform passed and the Democrats now say, ‘Well, we gotta destroy him because he may get reelected.’

There is a tape, Beck, an audio tape, of an anti-Trump person offering $200,000 to a woman to accuse Donald Trump of untoward behavior.

Beck then mentioned that he and O’Reilly had discussed the existence of the tape and additional details surrounding it in private — details they did not share during the segment. He then asked: “Is this tape going to be released, or…?”

“I may have to go to the U.S. attorney myself,” O’Reilly responded, adding that while he didn’t want to make himself part of the story, he also could not let the president be blackmailed with bogus charges that are bought and paid for, either.

“I had my lawyer listen to the tape,” O’Reilly continued. “There are at least three crimes on the tape. So as a citizen, I may have to do this.”

Beck said when he and O’Reilly first discussed the tape, he also suggested that O’Reilly bring it to the authorities.

And while O’Reilly could not say why the tape had not been released already — which would bolster Trump’s case against current female accusers and demonstrate there is an accusation “industry” consisting of Deep State operatives with deep pockets — the former Fox News host then dropped this bombshell:

“I can tell you that Donald Trump knows about the tape, the president knows.”

He added of the tape: “It’s there. It’s amazing. And it will change the whole discussion if it ever gets out.”