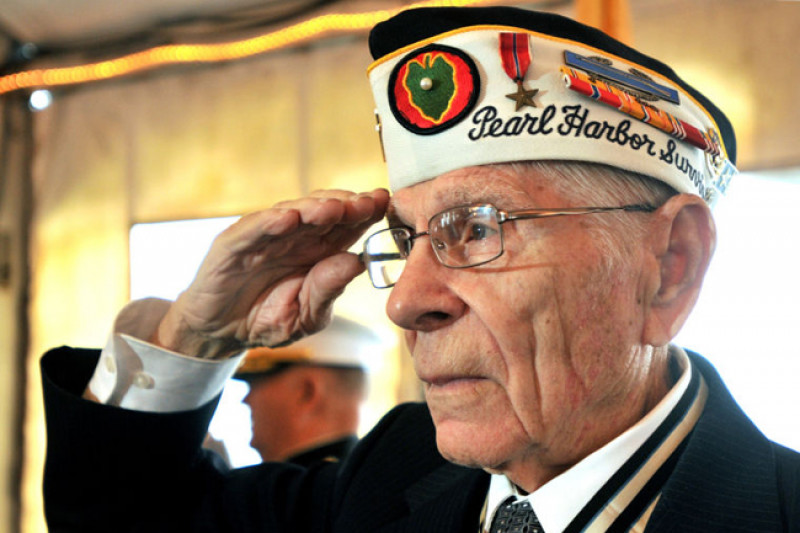 The left is militantly attempting to rewrite history. They want nothing more than for those that hang on their every word to believe all of it. Fortunately for us, history is a leftist’s worst enemy as it tends to paint contradictory pictures to what they want the world to believe is true.

In the laughable crusade to peg me and all conservatives as literal Nazis and followers of literal Nazis, I began seeing some of them post an old article featuring my grandfather, a decorated Colonial in the Polish Resistance, alongside comments such as, “if his Nazi followers KNEW his grandfather fought the Nazis, they’d kill him!”

Despite my being of Jewish descent, the left has knowingly omitted the relevant truths in an attempt to rewrite history as it is being created. One of the most absurd things that I experienced while attempting to give my recent talk at the University of Connecticut was when someone stood up and shouted: “The Holocaust IS NOT funny!” I grew up hearing firsthand accounts of the atrocities during the second world war and understanding the sheer horror of the Holocaust while sitting in my Grandfather’s study which was (adorned with a large portrait of Ronald Reagan in a cowboy hat). Such being said, some moronic leftist yelling “The Holocaust IS NOT funny!” during a speech about racial bias in the media might have been one of the most hilariously disorienting things I’ve heard in a while. What makes it truly hilarious is that with such quick bursts of put-upon outrage and pearl-clutching, they reveal their own blissful ignorance.

The left has lost their minds, which is something we already took to be true, but the increasing brownshirt thuggery of their mob tactics are growing more and more pernicious. Ironically now calling themselves “Progressives”, they have truly accepted and adopted the fascism and racism of Hitler and applied it to their own even further left-wing, fascist practices.

Progressives propagandize and harass, they silence and beat, they pretend they are the protectors of a more deserving class, a protected, special class, not unlike the National Socialists in Germany. Where I was calling for an end to the racism toward whites in the media and the promotion of such racism, the left finds my work to be an act of white supremacy in partnership with the patriarchy, no doubt. The stupidity lies in the fact that I am neither espousing hate nor being explicitly incendiary, I am simply attempting to illustrate that it is, well, okay to be white. It’s not a problem like the media seems to be making it out to be, that and the meme made for good branding.

But that works against their messaging. See, the left can only function if they marginalize people – if they make black people feel like victims and white people feel like they can be saviors if they only vote for “Progressives.” Hitler rose to power by creating, and then playing off, notions of victimhood in 1930s Germany; they left is doing the same thing today.

Currently, the left is trying to segregate people: they are creating social ghettos that cordon off the nasty, evil, pro-Trump conservatives from their perceived angelic and wholesome liberals. Part of the ways they are attempting to attack people is by bringing up deluded talking points about things they think would shame their opponent. They are operating in such an absurd, Stranger Things “Upsidedown” world that they think to mention my Polish, Nazi-resisting grandfather, of whom I am extremely proud of, is a slight to me.

Not only did my grandfather fight the Nazis, he also was imprisoned (multiple times) and beaten by the Soviets. He escaped and brought my family to a truly liberated country that believes in individual freedom, America. My family has a rich history of fighting against abuses of power and the fringes of political lunacy, from both sides of the liberal political spectrum.

From the article about my grandfather in the Post Gazette:

“A Polish cavalry officer, he fought the Germans in 1939 and then served with the Polish underground Home Army in the Warsaw Uprising, a battle that ended with the Nazi annihilation of the city in 1944.

He won military decorations, escaped captivity multiple times, twice crossed the Eastern Front, swam the Vistula River and ended up imprisoned and beaten by the Soviet secret police in 1945.

He lost his father — forced to dig his own grave before being shot — and a sister sent to a concentration camp with her two children.

His story is one of the millions from that time, but unlike many others, he wrote it all down in a memoir, “Recollections of the End of an Era,” published in Polish in 2000 and translated into English in 2005.”

There are no scruples on the radical fringes. They don’t understand what we are fighting for. They don’t see the dystopia they’re crafting. They think it’s good to be vile and cruel to white people and so the most heinous things to them, specifically white men. This is not the world we fought Hitler and countless other fascists and communists to live in. There is no sense in the divisiveness and there is no sense in making bigoted comments towards white people just because of the color of their skin. America was supposed to have grown since the Civil Rights era, but it appears we are once again embittered by the quagmire of race.

My Grandfather fought fascism after it had fully developed across Europe, I will attempt to do him justice and fight fascism here – cleverly disguised as “Progressivism.”