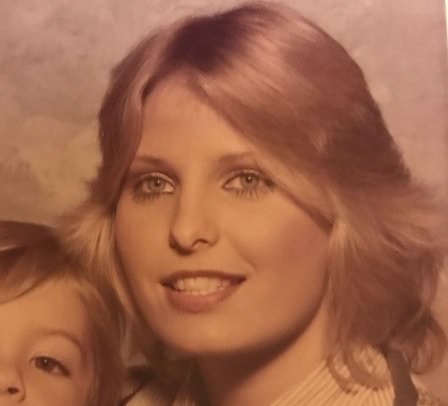 Earlier this month a Gadsden, Alabama woman came forward with a story accusing Judge Roy Moore of grabbing her rear end while she was in his law office in 1991 with her mother on legal business.

Tina Johnson told local media that Moore allegedly grabbed her while she was there to sign over custody of her 12-year-old son to her mother.

At the time, AL.com reported that “Johnson has had ups and downs in her life, both before and after she met Moore. She has pled guilty to writing bad checks, and for third-degree theft of property, which she said stemmed from a family disagreement over the care of her late stepfather.”

Now, as noted further by Aaron Klein at Breitbart News, there are even more questions about Johnson’s veracity, given newly discovered details about her troubled past.

According to Kline, details contained in court documents related to Johnson “may raise questions about [her] motives in making” her accusation.

In particular, the documents “show that Moore represented Johnson’s mother in a nasty custody case for Johnson’s then-12-year-old son, Daniel Sitz.” During the case, Johnson was repeatedly described by Moore’s client as being unfit, absent, and unstable as a mother. In addition, Johnson was accused by Moore’s client of removing her son from his elementary school against his will.

Ultimately, Moore was successful in convincing the court to award custody of Johnson’s son to her mother.

One affidavit signed by her mother, Mary Katherine Cofield, during Moore’s representation of her accused Johnson of having a “violent nature,” noting further that she had “been treated by a psychiatrist when she was approximately 15 years of age.”

It should be noted that Johnson became a mother as a teen.

Separate documents related to a criminal case indicate that Johnson, as late as 2010, had been arrested and pleaded guilty to felony fraud charges related to checks that actually belonged to a family member, Klein reported. In addition, Johnson entered a drug rehabilitation program.

AL.com reported that Johnson reached out to reporters there to tell her story of being groped by Moore from behind. “He didn’t pinch it; he grabbed it,” she claimed, noting she was “at the office to sign over custody of her 12-year-old son to her mother, with whom he’d been living.”

Johnson claimed to AL.com that she was so surprised by Moore’s alleged action that she did not tell her mother what happened — even though she said that her mother was sitting right next to her in Moore’s office just before the alleged contact. (Related: Cruz hits Dems for hypocrisy over Roy Moore, Franken sex allegations.)

Cofield had hired Moore, who was then an attorney in private practice, to represent her in the custody case for Johnson’s son. The custody papers filed by Moore referred to Johnson by her married name at the time, Tina Sitz.

While AL.com reported that its correspondents managed to find “the court documents from 1991, detailing the custody transfer,” the site failed to report on the nastiness of the case, its soap opera-like events, or that Cofield had filed a number of court documents containing allegations against Johnson.

A judge officially granted Cofield custody of the boy Sept. 23, 1991.

Other aspects of accusers’ stories also have not checked out. For example, Breitbart News reported earlier that a correspondent had interviewed Delbra Adams, Moore’s former secretary and judicial assistant. She said that in her 13 years with Moore, she never once saw or experienced any inappropriate contact with or conduct toward women by her boss.

As The National Sentinel reported, another key accusation — that Moore was such a sexual predator of young girls that he was banned from the Gadsden mall — has also come under question, after former mall manager Barnes Boyle told local media he had no knowledge of the ban.