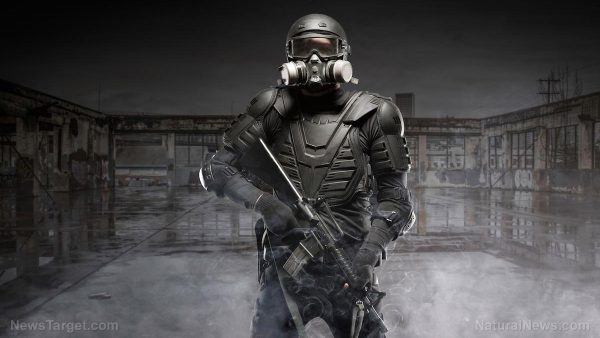 There is no shortage of legitimate and very serious criticisms one could lodge against Russian President Vladimir Putin, but his concerns about matters like GMOs, artificial intelligence and genetic engineering are surprisingly on point.

Speaking at a youth festival in Sochi recently, he mentioned the very real possibility of an army of trained killers being created by altering human genetic code. He’s so concerned about it that he said that world leaders need to agree on tight regulations to avoid creating killer soldiers who are incapable of feeling fear or pain.

He added that getting into genetic code that has been created by either nature or God could lead to all manner of consequences. Speaking of what type of men this technology could create, he said:

“He can be a genius mathematician, a brilliant musician or a soldier, a man who can fight without fear, compassion, regret or pain. As you understand, humanity can enter, and most likely it will in the near future, a very difficult and very responsible period of its existence.

“What I have just described might be worse than a nuclear bomb.”

He may be on to something: The Pentagon’s top-secret Defense Advanced Research Projects Agency (DARPA) has been said to be working on a way to enhance the ability of humans in war zones through the alteration of soldiers’ genetic codes.

Soldiers who are not susceptible to fatigue and empathy and who are highly focused, intelligent and strong, would have a distinct advantage over their enemies, there’s no doubt, but they’d also pose an incredible danger to society at large. It is even believed that the super soldiers developed by DARPA could grow new limbs to replace those lost in combat, making them the very definition of formidable foes.

Will combining genetically engineered soldiers with AI spell the end of humanity?

Putin also recently spoke out about AI robots and their potential to wreak havoc on humanity. When Yandex CEO Arkady Volozh was discussing AI’s potential while Putin toured the Moscow headquarters of the internet firm, Putin threw the CEO off by asking him when the technology would “eat us.”

He has also stated that whoever ends up becoming a leader in artificial intelligence will “become the ruler of the world.”

The realm of AI could be another source of high-powered soldiers that won’t be slowed down by human emotions and feelings. In fact, experts have predicted that the American military is going to have more robotic soldiers in its ranks than actual humans by the year 2025. By mid-2019, a new robotic fleet will be tested that contains self-driving, unmanned army trucks and underwater drones.

While sending in a robot to check for mines is undoubtedly a good way to potentially save the lives of our soldiers, the prospect of a fully automated robot that can find humans and shoot them from a few miles away is a very frightening one.

Like Putin, the CEO of Tesla and SpaceX, meanwhile, counts himself among the voices who are very concerned about the possibilities here, with Elon Musk saying that he considers AI to be a “fundamental existential risk for human civilization.”

AI firm DeepMind’s Shane Legg recently said that he, too, believes technology will likely play a role in human extinction.

Whether it’s through genetic modification, artificial intelligence or a combination of the two, it’s quite possible that warfare is about to change dramatically, and it’s not certain that any of us will be left standing.