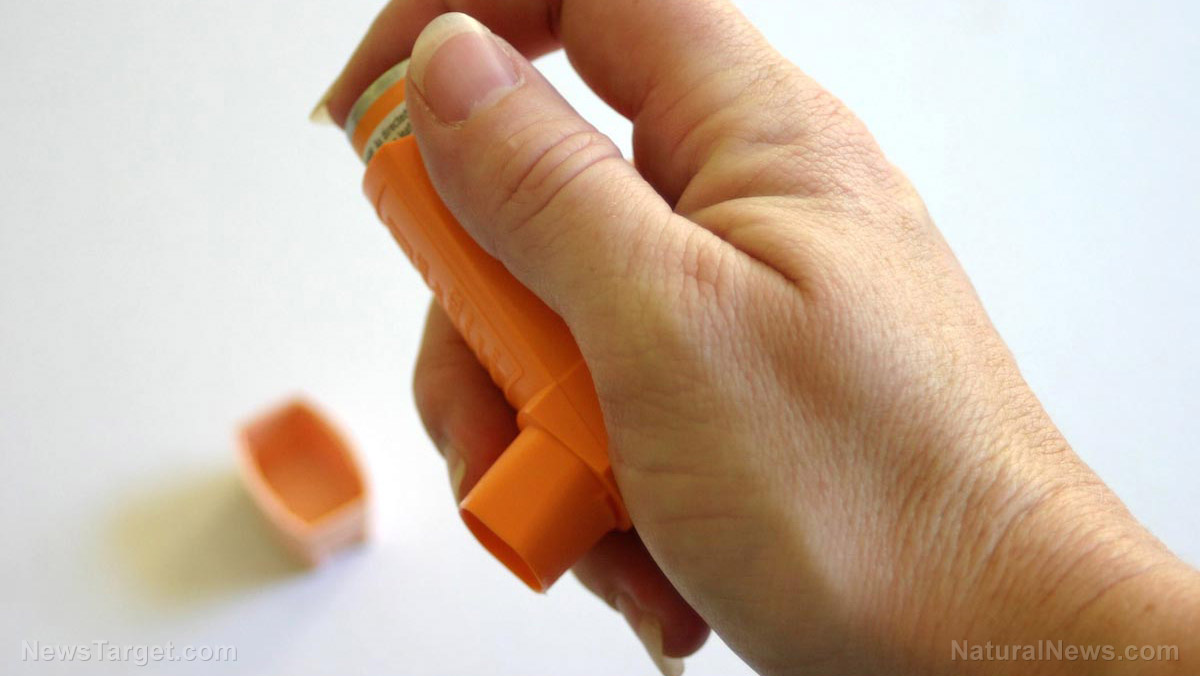 No matter what timezone you’re in, each night millions of people struggle with insomnia. However, ICANSLEEP, a cannabis inhaler, can be the answer to this sleep disorder.

The product, which looks like an inhaler, can allegedly help you fall asleep in 10 minutes or less, claims the ICANSLEEP’s inventor. When used, the cannabis inhaler will squirt “a dose of the drug into the lungs,” and this will be enough to induce a sedative effect that will not make users feel the high often associated with marijuana use. (Related: Cannabis innovators set out to map the marijuana genome: new information could prevent the sale of falsely advertised bud.)

Based on the test results, researchers shared that insomniacs will only need one dose from the ICANsleep inhaler to fall asleep. The participants also claimed that after using the product, they “woke up refreshed” and that it didn’t have any negative side-effects. ICANsleep looks like an asthma inhaler and has an estimated price of 100 British Pounds ($132).

Take note that the product will only be available in Israel and California by next year, pending further trials. ICANSLEEP’s manufacturers are keeping their fingers crossed that they can convince the U.K.’s drug watchdog, the Medicines and Healthcare products Regulatory Authority (MHRA), to approve it for legal use.

Insomnia sufferers, which make up about a third of the adult population in the U.K., will benefit greatly once the cannabis inhaler is made publicly available. Aside from fatigue, sleeping problems like insomnia are often linked to a higher risk of being diagnosed with health concerns like depression, diabetes, heart attack, obesity, and stroke. The sleep disorder will also shorten your life expectancy.

ICANSLEEP was developed by Israeli researchers who came up with a device which turns cannabis into a vapor. The cannabis inhaler was specifically “designed to contain less than a quarter of the amount of [tetrahydrocannabinol] THC,” which is the main psychoactive chemical that make users “high”.

Based on animal tests, the inhaler took effect in 10 minutes or less. ICAN, the Israeli firm which makes the inhaler, reassured concerned citizens that the gadget is not addictive and is safe to use. In an interview with The Sun, ICAN founder Saul Kaye shared, “Insomnia is mostly an anxiety disorder and cannabis can be very effective at reducing anxiety.” He continued, “Also, it does not leave you feeling like you have a hangover.”

Investor William Levine of CannRx added, “You take a puff or two depending on the dosage and in ten minutes you will be drowsy enough to sleep.” But Dr. Neil Stanley, former head of sleep research at Surrey University, warned the publication that “the jury is still out on cannabis” and further research was necessary before ICANSLEEP shows up on store shelves.

Last month, the manufacturers of the product held CannaTechUK in London. The event was the U.K.’s first-ever cannabis medical conference, and it was organized to inform the public and encourage debates about the issue of medical marijuana use and products like ICANSLEEP. Kaye commented, “The MRHA and regulators are starting to see the need for better regulation that reflects the current social and medical status of cannabis, yet they are moving slower than pretty much everyone else out there.”

He concluded, “Interest from U.K. investors in the sector is at an all-time high. Mothers are outraged over the lack of access to products for epilepsy, pain, and cancer treatments. As we have seen in other countries this is one of the biggest drivers towards better access for patients.”

How cannabis can help you sleep better

While waiting for ICANSLEEP’s pending approval, here are some benefits that you can enjoy if you use cannabis to help manage your sleeping problems:

You can learn more about medical marijuana and other natural cures at CannabisCures.news.