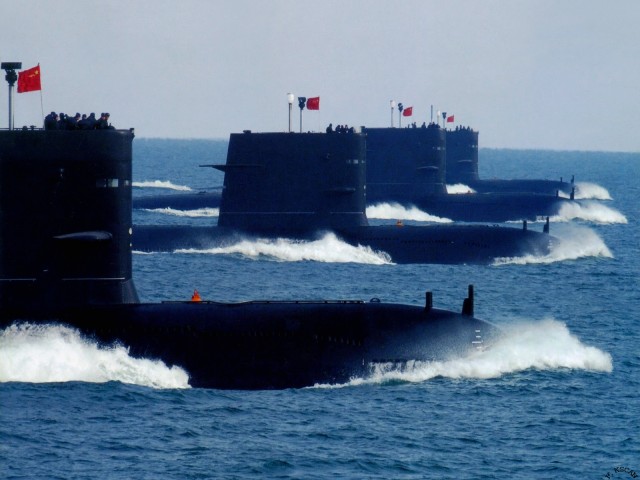 The China Shipbuilding Industry Corporation (CSIC) has recently unveiled and tested a new magnetic propulsion motor that may put China at par with the U.S. and other Western naval forces. According to reports, the new technology is the country’s first permanent system of its kind and may enable nuclear submarines to move about with better speed and increased stealth.

Reports have indicated that the new magnetic propulsion system has been tested on naval vessels docked at Sanya, in South China’s Hainan Province. As per the reports, this area serves as the headquarters for the country’s conventional and nuclear submarines. The state media has noted that the tests were carried out on October 18, and have shown positive results as far as vessel speed is concerned.

Reports have also revealed that the new technology’s magnetic drive utilizes a superconducting magnet to force water through the submarine’s shaft, which is then subsequently funneled out at the back. The magnetic drive requires less moving parts, which makes the vessels more quiet than conventional submarines, experts say.

“Submarine and anti-submarine technology and capabilities have long been considered a weak link in Chinese naval power. It appears that they are making concerted efforts to address this shortfall,” states Eric Wertheim, author of Combat Fleets of the World.

Chinese submersible arsenal ships are also on the works

Reports have also revealed that the Chinese Navy is currently developing submersible arsenal ships with the ability to fire missiles at the surface, or submerge below the waves to carry out an underwater attack. (Related: Thermonuclear missile launch near Los Angeles is final sign of World War III on the precipice… US, China and Russia all escalating covert attacks in run up to global war.)

Data obtained from Chinese media show that naval experts are mulling over two types of partially-submerged warships that can displace about 20,000 tons. Experts note that the ships’ design could mask their radar signatures as they submerge, which in turn would enable the large, missile-carrying warships to carry out stealthier operations. The design is also set to allow the ships to perform high-speed mission at the surface, the experts added.

Reports claim the country has been allegedly testing potential models since 2011, and that a proof-of-concept model developed by the Bohai Shipbuilding Heavy Industrial Corporation will be available in the year 2020.