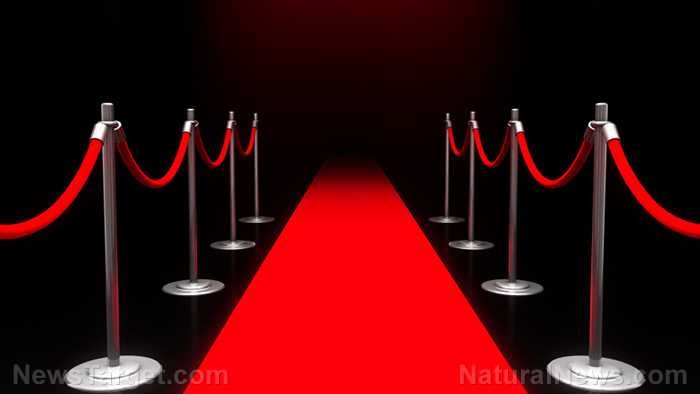 Famous actor and former child star Corey Feldman has vowed to follow through with doing something that people in the media, entertainment, and even religious circles clearly lack the fortitude to do: Publicly expose all of the pedophilia and other wickedness taking place within the highest ranks of the Hollywood elite – even though doing so could potentially put his life at risk.

For years, Feldman has been trying to get the public’s attention about what he claims is a culture of rampant sexual perversion in Hollywood. Back in 2016, for instance, he came forward with allegations that he and his good friend Corey Haim, a fellow actor, had been abused and victimized by a powerful Hollywood pedophile ring. Feldman has even expressed that he believes Haim’s drug overdose was prompted by such abuse, which he says left him scarred and vulnerable.

For the most part, Feldman’s warnings haven’t had much of an impact, until now. During a recent episode of the “Today” show, Feldman opened up to host Matt Lauer about how he plans to very soon release the names of six men whom he alleged victimized not only himself and Haim, but also many other young child stars.

Feldman had just previously announced via YouTube his plans to launch an Indiegogo fundraising campaign to create a feature film about the dirty secrets of Hollywood, which he and many others in the know insist would shock the public if they truly knew about them. Feldman is hoping to raise a budget of about $10 million to make the film a reality, but until then he plans to continue working towards justice – which is why he desperately needs our prayers for his safety and protection.

Feldman says when he reported his assailants to police, they ignored him

When asked by Lauer why Feldman was talking to him about what he claims is going on in Hollywood rather than to law enforcement, Feldman explained how his pleas for justice back in the early 1990s were ignored or discounted.

“I was interviewed by the Santa Barbara Police Department,” Feldman answered about his recollections from back in 1993. “I sat there and gave them the names. They are on record. They have all of this information, but they were scanning Michael Jackson. All they cared about was trying about to find something on Michael Jackson.”

According to Feldman, Jackson was not one of his assailants and was actually innocent, despite the impressions that the mainstream media had tried to convey of Jackson to the public. Feldman insists that he is fully aware of the difference between a true pedophile and someone who innocently enjoyed spending time with children, and that Jackson was definitely the latter, at least in the way that Jackson treated Feldman specifically.

At the same time, the police officers to whom Feldman gave the names of the actual perpetrators refused to conduct an investigation. They were convinced that Jackson was the only individual to be worried about, and nothing Feldman could say or do at the time would change that, he insists.

“There are thousands of people out there … who have this information,” Feldman added. “Any one of those child actors that went to the teenage soda pop clubs with me when I was a kid, know who those people are and the people who ran it. Anybody can go back through history and look at the Teen magazines and say what was the name of that venue they were promoting and who ran that venue and who endorsed it.”

Feldman has reportedly received multiple death threats because he holds this information, which is why many are calling on the public to pray for his protection. Feldman says he’s gone to the police about these threats as well, but that this, too, is falling on deaf ears due to claims that the statute of limitations has expired.