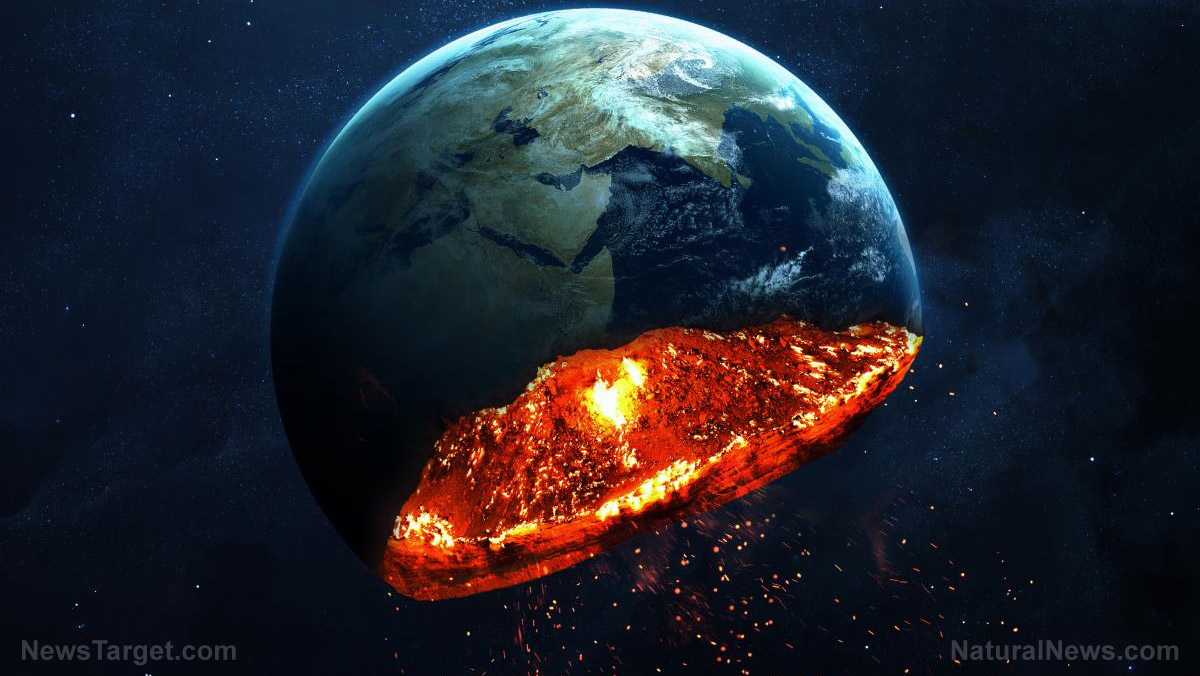 Many doomsday prophecies relate to the sudden end of the world, but if you believe one of the prophecies that is currently floating around, the end of days is about to set in and it will bring with it seven years of hell.

At the center of this and other similar theories is a rather mysterious planet known as Planet X or Nibiru. Some theorists were convinced the world would end on September 23, when they believed Nibiru would approach Earth and spur the apocalypse. That failed to materialize, and now Christian numerologist David Meade believes that the week of October 21 is when “imminent judgments” will approach.

He said: “The world is not going to end but, as I’ve stated before to reporters, ‘The world as you know it will end. It will change. Normalcy bias will cease.’”

He believes that this apocalypse will entail a seven-year tribulation period that will be followed by the second coming of Jesus. After Earth is wasted, he thinks Jesus is going to build a “kingdom of prosperity” that will endure for 1,000 years.

He says that during the Tribulation, Nibiru will approach the Earth closely, at which point he expects solar flares and a possible electrical grid shutdown that could last weeks or even longer.

In hopes of quelling any potential fears surrounding this Nibiru madness, NASA released a statement saying: “The planet in question, Nibiru, doesn’t exist, so there will be no collision.”

They added:  “The story of Nibiru has been around for years (as has the ‘days of darkness’ tale) and is periodically recycled into new apocalyptic fables.” Meade’s theory appears to be one of them.

Bad times are likely ahead in any case

While all of this seems rather unlikely to most of us, it is true that humanity does seem to be on a path toward destruction. The next seven, 70 and even 700 years could well be filled with bad times on Earth, and we don’t need another mysterious planet to make it happen.

If Meade’s predictions are true, there is very little anyone could do to prepare for it anyway. It seems like a better use of our time and energy would be to focus on preparing for events that are far more likely to occur in our lifetime. Do you have a supply of water and storable organic food? Do you know how to survive if the grid goes down? Do you know what to do – and perhaps more importantly, what not to do – in the case of a nuclear event? How about a hurricane or earthquake? Are you prepared for financial collapse? The truth is that no one knows what will happen in the future, but there are a lot of very realistic potential events that we should learn how to prevent or at least educate ourselves on how to minimize their impact if they do occur.

Because the world is most likely not coming to an end anytime soon, we need to take care of our planet as well as our bodies. We need to stop destroying it by polluting the air and water and putting toxins in our foods and in our bodies, not just for ourselves but also for future generations.

So far, none of the many prophecy theories bandied about have panned out, but it’s hard to deny that mankind does seem to be on a self-destructive path in some ways as people continue to try to go against nature and pay the price for it. The world may not be coming to an end, but our planet could well meet an untimely demise if we’re not careful.