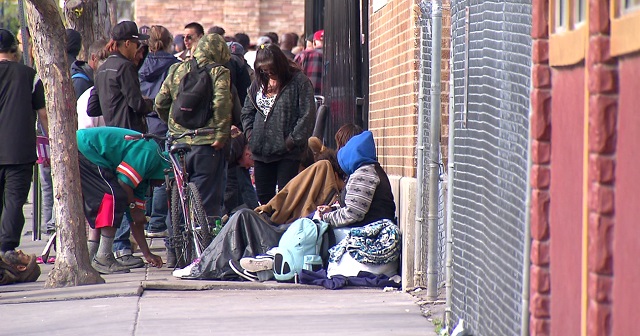 Sometimes in life, things happen that we just cant explain. In Salt Lake City, for instance, homeless people are mysteriously disappearing by the hundreds, and no one can seem to come up with an explanation.

Mike Brown, the Salt Lake City police chief, explained that he had visited nearby areas to see if the homeless people had simply packed up and moved, but strangely enough, he didn’t notice any more homeless people in these areas than there always was. Sgt Brandon Shearer, who has gone so far as to examine homeless camps from up in a police helicopter, was unable to provide any information when he was asked where the people had gone. “I don’t know,” he admitted. “That’s a good question.”

Of course, there are many different theories that should be considered as to why Salt Lake City is suddenly losing a significant amount of their homeless population. Perhaps the streets were getting too crowded or even too dangerous, and so they decided to search for a new place to settle. This theory is certainly plausible, but its truly strange how so many homeless people made the decision to change location all at once, almost as if they were all communicating with one another — this doesn’t make any sense.

It’s certainly possible that Salt Lake City is also home to some kind of serial killer that specifically targets people who are homeless, but this is even less likely than the previous theory. If homeless people in Salt Lake City were dying off, then you’d think that police would be well aware of it and there wouldn’t be any mystery at all — bodies would be found, for example, and witnesses would come forward. Strangely, neither of those things are happening, making the idea that the homeless population is dying off extremely unlikely.

Brema Jones, a homeless woman fighting to survive with her 71-year-old mother and her two friends in Salt Lake City, gave her thoughts as to why so many homeless people are mysteriously disappearing. “It’s not doing what they want,” Jones said, referring to the city’s homeless shelters and the state of Utah in general. “It’s not helping druggies, not getting them into rehab. Everybody is spreading out.” (Related: Hawaii has launched a bill that could allow doctors to prescribe homes as “treatment” for the homeless.)

What makes the situation worse is the fact that winter is right around the corner, and freezing temperatures will arrive at Salt Lake City before we know it. (Related: Here are 11 valuable survival tips you can learn from the homeless.) Wherever they are, and whatever their motivation was for moving to different locations, hopefully these homeless people were able to find shelter and are doing the best that they can for the situations that they are in.