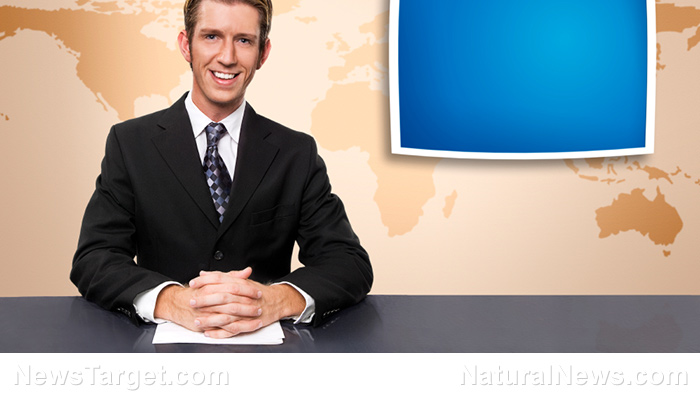 If you’ve been wondering whether the official story of how events transpired in the Las Vegas shooting was actually based in truth, wonder no more: YouTube has taken a bold move to shut down all independent media video coverage of the Mandalay Bay Massacre in a last ditch, desperate attempt to control the narrative.

For example, the fifth result when searching “Las Vegas shooting” on YouTube late Tuesday yielded a video titled “Proof Las Vegas Shooting Was a FALSE FLAG attack—Shooter on 4th Floor.” The video said there were multiple shooters in Sunday’s mass shooting, a claim dismissed by law enforcement. Posted by a channel called the End Times News Report, it amassed more than 1.1 million views in about 27 hours.

The WSJ, not surprisingly, calls all real journalism an exercise in “conspiracy theories,” utterly clueless to the fact that if more than one person was involved in this Vegas shooting, it was a conspiracy by definition. The federal government charges thousands of people each year with conspiracy crimes, of course, and the entire left-wing media has been claiming for the last year that the U.S. government was taken over by a “conspiracy” involving President Donald Trump and the Russians. Isn’t it interesting how the media refuses to let go of all their favorite agenda-promoting conspiracy theories, even when they’ve been thoroughly debunked by the evidence? To the media, a “conspiracy theory” simply means something they don’t want people to read, see or discuss. The institution that has actually been debunked in the last year is the media itself.

As reported by the WSJ, this effort to censor all “non-official” news video sources was undertaken by YouTube after a video that questioned the official narrative became wildly popular. That video, titled, “Proof Las Vegas Shooting Was a FALSE FLAG attack—Shooter on 4th Floor,” was posted by the End Times News Report, a popular YouTube channel for people who explore alternative ideas (which has apparently become nearly a crime in America these days).

For the record, that video is probably mistaken about the supposed shooter on the 4th floor, but that’s not the point. Regardless of whether you agree with the End Times News Report’s coverage of the Las Vegas shooting, YouTube has decided that you won’t get the chance to even see it. This is all part of YouTube / Google’s effort to silence all “non-official sources” across the internet, including websites, videos and even emails. This effort is predicated on the assumption that YouTube is better positioned than you are to decide what you get to see.

The problem with all this, of course, is found in the question: Who gets to decide which sources are “authoritative?” Because as we’ve all learned in the last couple of years, most “official sources” are full of bunk nearly all the time. CNN really is fake news, as America has finally discovered.

As more and more people are coming to realize, nearly all sources deemed “authoritative” by Google, YouTube and Facebook are blatant fake news outlets run by globalist corporations pursuing globalist agendas. Here are just a few of the ridiculous, absurd lies these “authoritative” sources are now broadcasting about the Las Vegas shooting:

The bottom line here is that “authoritative” sources are usually just echo chambers for official lies. By censoring the independent media — even if some reporting consists of incorrect conclusions or theories about what went down — internet gatekeepers like YouTube and Facebook are turning the internet into an echo chamber for dumbed-down morons. (Otherwise known as Jimmy Kimmel fans.)

As much as the political Left in America today runs around screaming about “diversity” for everything, when it comes to thoughts, they actually demand conformity and obedience. Diversity of thought is never allowed. There’s zero tolerance for non-conforming analysis or inconvenient facts.

And that’s why millions of internet users are turning away from Google, YouTube, Facebook and Twitter. Instead, they’re seeking out independent, diverse news sources such as Natural News or PJ Media, where journalism reflects a diversity of views, analyses and conclusions.

Remember: When all five mainstream news channels are reporting exactly the same thing, that’s usually because they’re all lying in unison. It’s all the same news because they all got the same memo that morning. In contrast, real journalists don’t achieve 100% conformity in their analyses. (Only fake news is homogenized for your mindless consumption.) But YouTube and Google want to make sure you never see any diverse news because someone might contradict the official lies being spewed that day.

To bypass Google / YouTube censorship, bookmark Censored.news for real-time news updates from all the top censored news sources on the internet, and use GoodGopher.com to search the independent media.