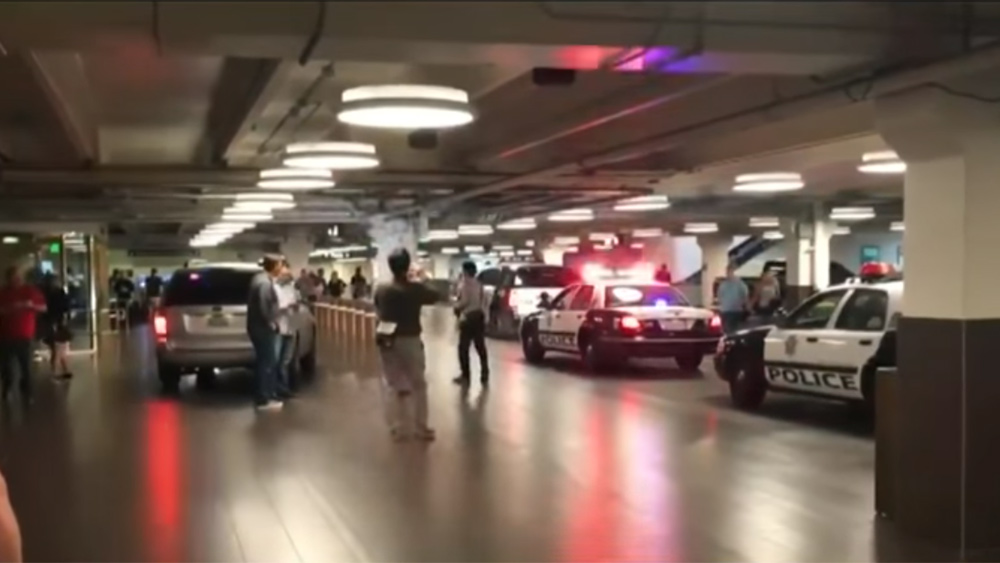 According to numerous media reports stemming from the Las Vegas mass shooting, concert-goers were blocked from fleeing and had little or no cover to protect them from the full-auto machine gun fire raining down on them.

In desperation, some sought cover in porta-potties, according to media reports. Yet porta-potties are thin fiberglass structures that don’t stop bullets at all.

Give that ISIS has now claimed responsibility for this mass shooting, according to Reuters, it’s apparent that America has been turned into a war zone by radical Islamic terrorists. Every American, no matter how innocent, might find themselves the target of a relentless massacre. Because of that sobering reality, everyone needs to understand the true definition of “cover” from full-auto machine gun fire.

To help share this information, I’ve put together a quick guide here that can help you seek cover if you happen to find yourself in a mass shooting event. This information can help save lives, so share it widely. I’m dividing the list into three types of cover: Excellent, Medium and Poor. This list applies to rifle rounds, not pistol rounds. Rifle rounds have significantly more energy and penetration, as explained below.

If you hear automatic gunfire, immediately seek cover, RUN for it, then duck and cover your head once you’re situated behind effective cover.

Also keep in mind that if you can get out of the light and hide in a dark area, you are less likely to be targeted by a crazed shooter. This is especially true in nighttime shootings (like the Las Vegas mass shooting), where you might be able to find dark areas in which you can be concealed.

While darkness doesn’t stop bullets, it can at least make you difficult to see and less likely to be targeted. If you have good cover nearby, choose good cover over concealment, as the cover can block bullets. Also remember that tends, tables and signs can provide concealment but not cover. You can hide behind them, in other words, but they don’t stop bullets.

Beware of “richochet” rounds on concrete or pavement

In the Las Vegas massacre, full-auto machine gun rounds were coming from an elevated position. If you are standing on pavement or concrete, realize that many rounds can “bounce” off the pavement and fatally strike you after the ricochet.

For this reason, if you are on pavement or concrete, see if you can make it to dirt or sand, where the rifle rounds won’t ricochet. Dirt and sand immediately absorb rifle rounds fired from above.

It’s also important to understand the rifle rounds leave gun barrels with their maximum kinetic energy, but they lose energy the moment they fly, and they’re bleeding off kinetic energy as they travel through the air (due to friction with the air).

A rifle round that leaves the barrel of a gun at, let’s say, 2900 feet per second, may slow to under 1,000 feet per second before reaching a distant target. Because force equals 1/2 mass times velocity squared, as the velocity slows, the kinetic energy drops dramatically. What this means is that once a rifle round loses half its velocity, its kinetic energy is actually reduced to one-fourth of its original energy.

In practical terms, this means the more distance you can put between yourself and the shooter, the less kinetic energy they can hit you with. However, if you have access to “excellent” cover (such as a large concrete pillar), you would be wise to seek cover behind the pillar rather than running in the open to create distance. A concrete pillar will provide outstanding cover, and you can duck behind it in relative safety (vs. running around in the open).

If you hear rifle fire, RUN for cover!

Stay safe, everyone. If you hear shooting, run for cover. One of the more astonishing realities of the Vegas shooting is that almost nobody realized they were under full-auto rifle fire for the first 60 seconds or so. Those are precious seconds you should be using to run for cover.

People frequently confuse full-auto rifle fire with firecrackers. Firecrackers go off at random bursts, with no cadence. Full-auto rifle fire has a sustained cadence. It does not resemble fireworks at all. Watch online videos of this shooting and make sure you get familiar with the sound and cadence of full-auto machine gun fire. If you ever hear that going off nearby, immediately seek the best cover you can find.

Stay low. Move quickly. Duck and cover. Also be aware that if rounds are going off near you, fragments of concrete, wood, glass and pavement can seriously harm your face and eyes. Cover your eyes and head with your arms and hands. You can survive losing an arm, but you can’t survive losing your head.