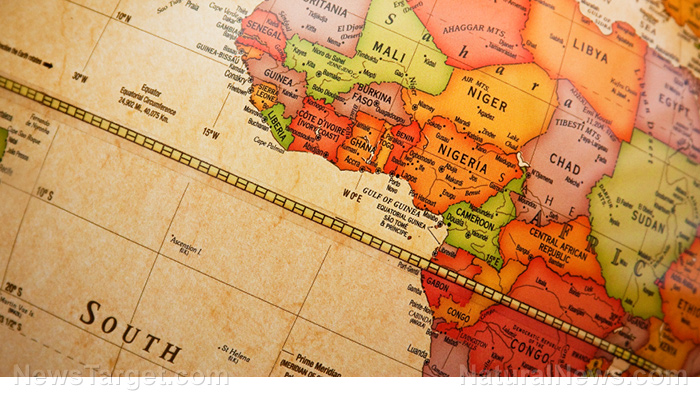 It may be hard to believe, but the respected U.K. news giant the BBC has just launched a new edition of its news geared toward Africans featuring a type of broken English known as Pidgin that currently features headlines such as “Woman wan troway poo-poo, come trap for window” and “Indian woman divorce husband because dem no get toilet.”

According to the BBC, Pidgin is among the most widely spoken languages in Central and West Africa. Despite this, it is not formally recognized and is made up of informal and slang words. On top of that, it is chiefly an oral language, which means there is no agreed-upon form to use for writing. On the positive side, at least they won’t have to hire editors!

West African Pidgin English was the language of commerce used during the slave trade in the 17th and 18th centuries, according to the BBC, who add that it was used by British slave merchants and the local African traders. It is currently used in Ghana, Nigeria, Equatorial Guinea, and Cameroon. No one can say for sure exactly how many people speak the language because it is not formally studied at school and by the website’s own admission, it is “spoken with varying degrees of proficiency.”

Estimates place the number of people who use the language in Nigeria as their first language for daily interactions at somewhere between 3 and 5 million, while up to 75 million people in the country, or half the population, are believed to use it as a second language.

As Pidgin is essentially an amalgamate of English and a few local African languages, it supposedly allows people who speak different languages to communicate with each other somewhat as a lingua franca. The only words that are not ambiguous are the ones taken from English or the African languages.

The BBC is planning to offer local, international and regional news in Pidgin, along with analysis of current events. They are particularly hoping to attract younger women, and social media will play a big role in their effort. Topics such as entertainment, health, sports, culture and entrepreneurship will get extensive coverage. Its production base is in Lagos, but the BBC will have reporters on the ground in Ghana and Cameroon as well.

The program is being funded by a U.K. government investment of £289 million, which will also see 11 other languages added in the BBC’s biggest expansion to take place since the 1940s. Some of the other languages that will be added include Korean, Punjabi, Serbian, Telugu and Amharic.

There are some concerns that the BBC World Service is becoming an instrument of U.K. foreign policy, particularly ahead of Brexit. However, one of the biggest concerns here is that this offering could mean that African migrants will be less motivated to learn English. This is a huge disservice to these people; learning to speak the proper way is an essential part of assimilation. It seems particularly unnecessary given the language’s similarities to English. Wouldn’t it serve these people much better to actually learn how to read and speak correct English, particularly when Pidgin speakers presumably already know much of the vocabulary?

For example, an article titled, “Hurricane Irma: Florida don feel di force” on the BBC’s Pidgin site reads in part: “More than 3.4 million homes for di state no get light, and parts of di city of Miami dey under water.”