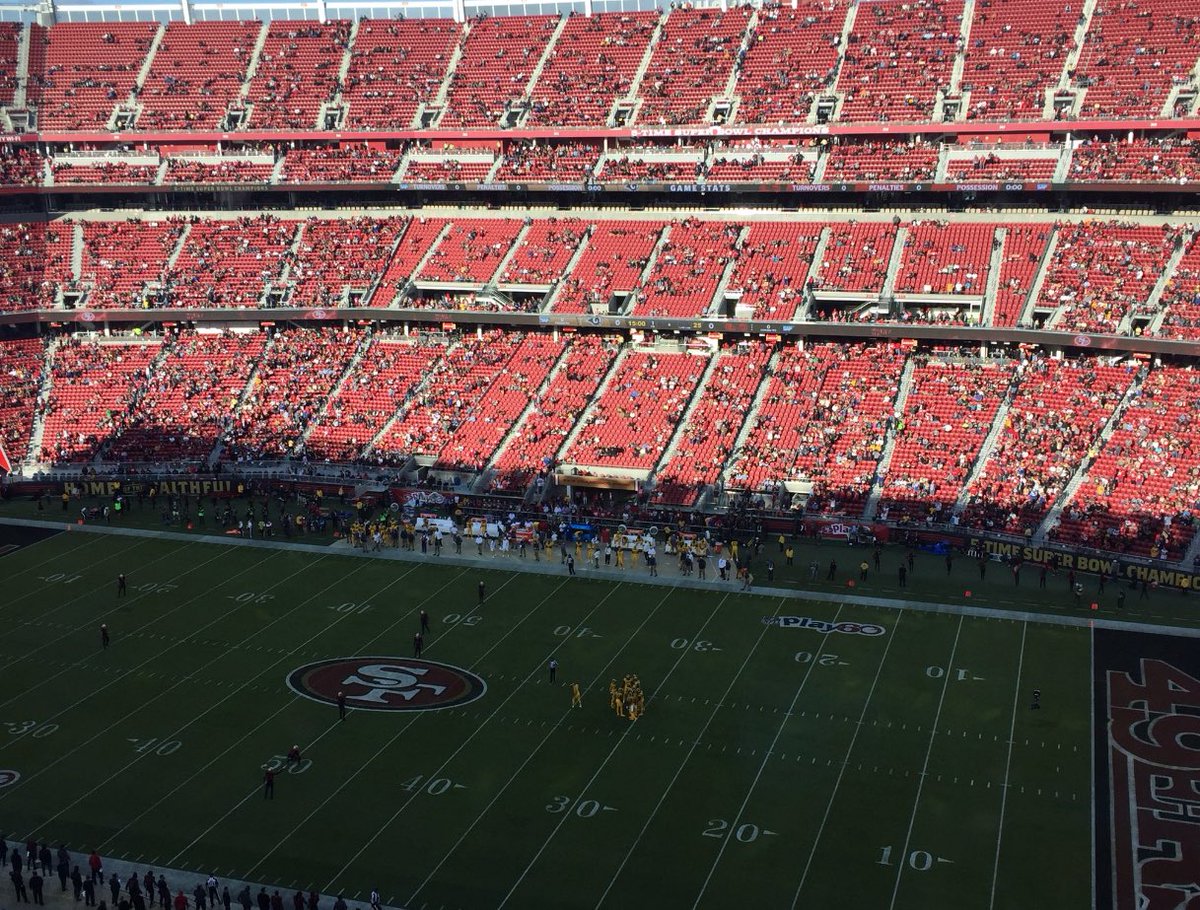 Once again, the phony-baloney media is trying to craft a narrative about an important political and cultural issue that is, shall we say, an altered version of reality, and this time, for once, CNN and MSNBC had nothing to do with it.

No, this time we can lay the blame squarely at the feet of NBC Sports, ESPN, CBS Sports, and Fox Sports — all of whom have contracts with the NFL worth billions of dollars.

All four sports networks went out of their way to show protesting NFL players during Week 3 games who sat or knelt during the playing of the National Anthem, but flat-out refused to show the throngs of angry, booing, finger-gesturing fans that were in every single stadium where a game was played last weekend.

And, as reported by Sporting News, the decision not to show angry fans was premeditated:

With President Donald Trump’s attacks against protesting NFL players still reverberating, the league’s TV partners decided to air live coverage of the national anthem before Week 3 games. Those partners left out a key element of the coverage: crowd shots of angry fans.

Networks typically do not televise the national anthem except for the Super Bowl and other special occasions, but they recognized there would be intense viewer interest this past weekend.

Nevertheless, there was plenty of reaction — negative reaction — to player protests which most certainly did widen and involve more players after Trump’s comments at a political rally in Alabama the Friday leading up to the Sunday games. There, he asked the crowd, rhetorically, wouldn’t it be nice if team owners called coaches on the field and told them “get that son-of-a-b**ch off the field, he’s fired!” In this instance, the phrase ‘son-of-a-b**ch’ is just commonly-used vernacular; it wasn’t directed literally at any player or his mother.

Besides that, Trump has repeatedly said his comments are premised strictly on the fact that he believes that it’s disrespectful and distasteful for anyone to refuse to honor the flag and the Anthem. And from the sounds of every crowd during Week 3, Trump isn’t the only one who thinks so. Far from it, in fact.

But what made the lack of network coverage of booing crowds all the more frustrating is that, according to sources who spoke to Sporting News, there was an intentional effort on the part of the networks to omit coverage of angry fans:

One behind-the-scenes TV staffer at another stadium told Sporting News that camera operators were ordered to avoid crowd shots in case they showed fans counterprotesting the protests.

Naturally, the networks who responded to the Sporting News’ request for comment regarding the alleged instructions denied that any were given. But come on, why would networks involved in billion-dollar revenue deals with the most lucrative sports league in history show discourse and anger at the league and its players?

Plus, the sports media is really not much different than the establishment news media, in that sports journalists lean heavily to the Left like their news reporting brothers and sisters. If you doubt that, watch daytime ESPN programming for just a week.

Regardless how you feel about the game of professional football, the players’ social grievances, or anything else regarding the NFL in general, it’s typical for the lamestream media to not only side with the anti-America sentiment but also to craft a fake narrative to mask what’s really going on.