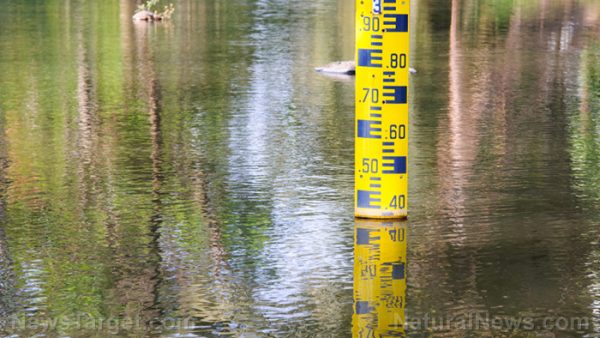 Hurricane Harvey wreaked absolute devastation when it made landfall over Texas in late August of this year. According to AccuWeather, it dumped 11 trillion gallons of rain on Texas – the equivalent of 51 inches – resulting in at least 13 million people being issued flood watches or warnings. Over 3,400 water rescues had to be performed in Houston alone as a result of the 56,000 9-1-1 calls logged in the city in just 15 hours (the average number of calls on a typical day is only 8,000). Around 30,000 people had to be temporarily housed, and an estimated 450,000 victims have asked FEMA (the Federal Emergency Management Agency) for disaster assistance. Houston, which has the 7th largest school district in the country, was forced to cancel classes, leaving 215,000 students out of school. Over 12,000 national guard members were activated to help the 58 counties in Texas which were declared disaster areas.

Now it has emerged that a study published in the journal Natural Hazards Review just days before Harvey unleashed its fury on the state warned that FEMA’s 100-year flood plain maps had failed to capture at least 75 percent of the flood damage over southeast Houston during the decade from 1999 to 2009. The study was conducted by researchers from Rice University and Texas A&M University at Galveston.

This is a massive issue because state and federal officials use FEMA’s maps to plan for floods, and insurance companies use them to assess and predict risk when they insure their clients.

The research team studied five major floods which took place in the Armand Bayou watershed in southeast Harris County between 1999 and 2009, including Hurricane Ike in 2008, Tropical Storms Allison and Erin in 2001 and 2007, respectively, and two unnamed rainstorms that caused flooding damage in 2006 and 2009.

Jade Boyd, writing for Rice University, explained that one of the problems with FEMA’s maps is that they are based on the assumption that flooding will either only take place downstream or upstream.

“That assumption doesn’t hold when you’re in really low-lying areas, like Armand Bayou or other coastal watersheds that are very flat,” said Sam Brody, a professor of marine sciences at Texas A&M-Galveston, and the study’s co-author. “When flooding rain accumulates in these areas, it can flow in just about any direction depending upon how high it gets.”

The University went on to explain another issue with the FEMA maps:

Another issue with FEMA’s maps is their lack of granularity. Brody and Blessing said the type of soil (such as clay versus sand) and the way land is used (such as a concrete parking lot or a school playground) have significant impacts on flooding, and FEMA’s models often use a single classification for entire neighborhoods or groups of neighborhoods. In so doing, they miss out on small-scale features that can significantly affect flooding. (Related: Stay up-to-date with issues affecting our environment at Environ.news)

Another issue is that FEMA only focuses on 100-year events – a flooding event that has a one percent chance of occurring in any given year, which in Armand Bayou is a “rainfall event that drops 13.5 inches of rain in a 24-hour period.” However, floods which drop more rain per hour but over a shorter period of time are not taken into account, even though they can also cause serious flooding. (Related: Preppers see Hurricane Harvey as a precursor for what’s coming.)

The research team believes that there are more reliable ways to accurately predict when and where devastating floods may occur, including distributed hydrologic modeling and probabilistic floodplain mapping.

Of course, since FEMA is a government agency the wheels turn slowly, and it is unlikely to make the necessary changes to its flood maps any time soon, potentially leaving thousands of people vulnerable to future disasters.