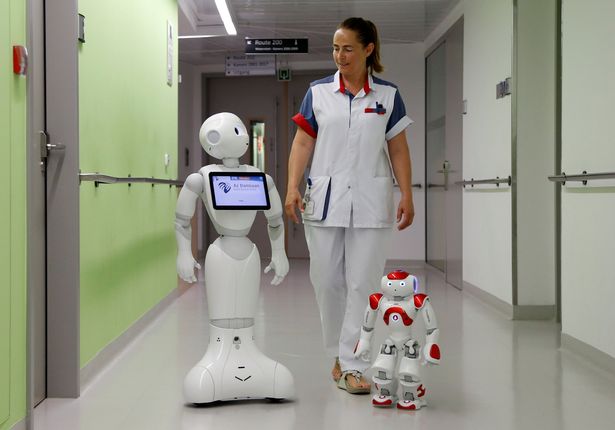 The International Bar Association (IBA), says Ibanet.org, is the “world’s leading organization of international legal practitioners, bar associations and law societies.” IBA’s global reach extends to 160 countries with 80,000 individual lawyers as members worldwide. Their expertise “covers all practice areas and professional interests,” and include, among other agendas, a large human rights component. Their global corporate reach provides an inside peek at how multi-national corporations are preparing for the fourth industrial revolution. Specifically, the IBA is concerned about the impacts of artificial intelligence (AI) and robots on businesses and the flesh and blood human beings who work for them.

As reported in the Daily Mail, the IBA believes that the rapid fire growth in AI is “outstripping the ability of global governments to make laws to deal with the consequences.” Those who will truly bear the results of the brave new AI world are the millions of living, breathing persons whose current job responsibilities will be stripped away and bequeathed to robots. In fact, the IBA predicts that “a third of all graduate jobs around the world will be obsolete.” One of the solutions in the IBA’s 120 page report titled, Artificial Intelligence and Robotics and Their Impact on the Workplace,” is to make sure that a minimum number of human beings, through the use of  “human quotas,” will be guaranteed a job, at least in certain industries.

“Jobs at all levels in society presently undertaken by humans are at risk of being reassigned to robots or AI and the legislation once in place to protect the rights of human workers may no longer fit for [that] purpose, in some cases.”

The U.S. Equal Employment Opportunity Commission (EEOC) currently states that it is against the law for an employer to discriminate against a person’s “race, color, religion, sex (including gender identity, sexual orientation, and pregnancy), national origin, age (40 or older), disability or genetic information.” Will the EEOC change the verbiage to simply say it is against the law to discriminate against humans, period?

In addition to quotas, the IBA also suggests that products produced by real people could affix a “made by humans” label, somewhat similar to the “fair trade” label, in hopes that it would give consumers “the choice to support man-made industries.” Another protection they suggest is to make the companies that use robots pay more taxes. After all, businesses should save money by not having to pay for a robot’s health insurance, SSI and vacation time. Plus, there are no bathroom, lunch or smoking breaks. Bill Gates just loves the idea of taxing robots.

Manufacturing has long been keen on automation and robotics. But what about other jobs? Adage.com suggests that some of the top jobs slated for robot replacement include middle managers, sales people, reporters, journalists, authors, announcers, accountants, bookkeepers and doctors. Let’s not forget the waitresses, cashiers, cab and truck drivers, pharmaceutical techs, teachers, and home health care workers who may also get replaced. Peering further into the future, what about pilots, soldiers, bankers and lawyers?

It’s doubtful that robot farmers would sprout up, but hey, robots don’t have to worry about eating clean, organic food, or anything at all for that matter, at least not yet.

Read more about robots and AI at Robotics.News.