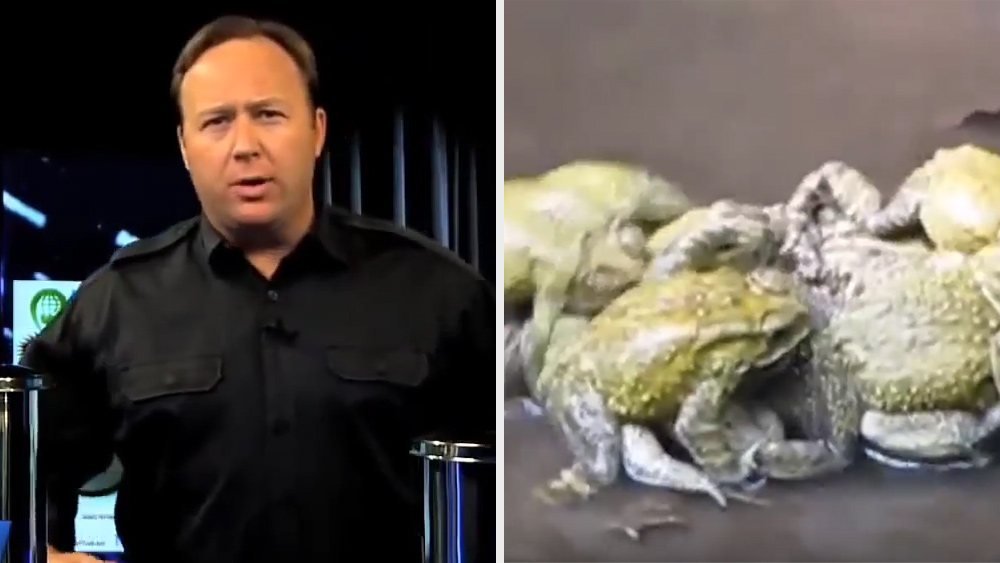 InfoWars‘ Alex Jones took to the streets of Seattle recently to talk about the repeated efforts by the left to torpedo the American economy in an act of vengeance against President Trump and his supporters. And perhaps not surprisingly, what he encountered was a whole lot of denial of the truth coupled with an obsession over media lies, including the Charlottesville false flag event that’s caused people to believe in a fictional “Nazi” takeover threat that doesn’t even exist.

Jones began his video segment by talking about headlines from all of the usual suspects in the mainstream media, including USA Today and others, that reported on the disbanding of President Trump’s Strategic and Policy Forum. A number of corporate CEOs agreed, in lockstep, to quit after the President didn’t respond to the Charlottesville event the way that they thought he should.

It was a defiant act of political correctness gone mad, putting the stability of the country at risk. Headlines were predicting a stock market crash as a result, almost as if they wanted it to happen, though it never actually materialized. But the damage was already done to the public psyche, with many people growing sudden fears over “white nationalists” causing them harm.

While explaining all of this and more on a street corner in Seattle, Jones was approached by a heavyset woman who proudly explained that she thinks InfoWars is “terrible,” and that Jones is full of “conspiracies.” When asked what these conspiracies are, the woman used “water turning the frogs gay” as an example.

What she was referring to are reports that Jones did previously about the crop chemical atrazine, which has been widely documented to be a “powerful chemical castrator.” What it does is turn male frogs into hermaphrodites, in which they are neither male nor female. The implications of this for humans is astounding, and it’s something that’s been scientifically proven to be true.

But when presented with this information, and even challenged to a $100,000 bet if she could prove that Jones is wrong, the woman on the street shut her ears, smirks in smugness, and tells Jones that she thinks he’s a “conspiracy theorist.” No rational argument, no discussion, just shut down the conversation and act superior: the liberal way!

As all of this is going on, a man walks up with his child and begins to interject in support of the woman’s defiant position. He, too, thinks the atrazine issue, a proven occurrence, is bunk, but that getting rid of “Nazis” is pertinent because this represents the real threat to America.

Like the woman, the man refuses to listen to the information that Jones presents to him. Jones is seen challenging the man to consider the data and look into it, but the only thing on his mind is the staged Charlottesville event, which he sees as the most pertinent issue facing Americans. Oh, and the threat of President Trump, too.

“I’m telling you, runoff in the water is hurting children and causing chemical changes in the brain,” Jones tries to explain to the man, before being interrupted and told that President Trump is the one who’s hurting children.

That people like this are quick to mock and reject the truth in favor of the latest round of media lies is telling about the state of our nation. That something so obviously contrived as the Charlottesville event is effective at convincing residents of one of the most well-educated cities in the country that Nazis on the right are now the nation’s biggest threat also says a lot about the state of our educational system.