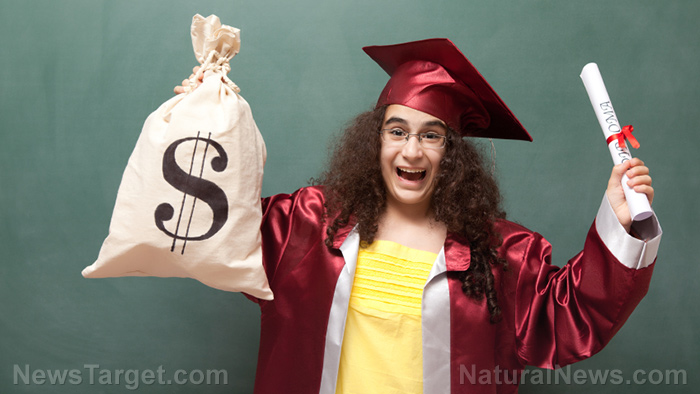 Would you pay nearly $150,000 for a degree that can get you a job with a median yearly salary of less than $40,000 in an industry that is currently experiencing a high degree of layoffs? If so, Columbia University’s School of Journalism will gladly sign you up for its new Master of Science in Data Journalism program.

The school charges $106,000 for the tuition and other fees related to the degree and $41,232 for living expenses. The notion is drawing mockery from established journalists like Chicago Tribune editor Charlie J. Johnson, who tweeted that “A $100,000 master’s degree in journalism is a stupid thing.”

This program joins the three existing master’s degrees in Columbia’s journalism department, and it comes at a much higher price tag; the general Master of Arts costs around $55,000, while the Master of Science and the Master of Science in Journalism and Computer Science will set you back just over $60,000. The school says the higher price tag is largely driven by the extra semester devoted to learning computational data and reporting fundamentals.

It’s hard to imagine they’ll get many takers, unless people are planning to take advantage of the student loan forgiveness program to fund it and simply not pay the loan back. You don’t need a master’s degree to land a $40,000-a-year job – or any degree at all, for that matter. Entrants into the program need a bachelor’s degree anyway, and this degree seems unlikely to improve their earning prospects by enough to justify the cost.

Mainstream media journalism careers not for the faint of heart

Some people are drawn to journalism because they want to make a positive difference in the world – for example, by exposing wrongdoings on the part of governments or corporations and inspiring changes to be made that improve people’s lives. However, the reality for many journalists who work in the modern mainstream media is far different. These journalists are often asked to write fake news stories that cast their corporate sponsors in the most flattering light possible, regardless of the truth of the situation. This unfortunate reality is disappointing enough when it sets in for journalism grads, but it is an even more bitter pill to swallow when you realize you just spent $147,514 for the “privilege” of spreading falsehoods.

In fact, it’s hard to believe that anyone would need a degree for some of the pieces published by the mainstream media. For example, court documents have shown that Monsanto has its own “experts” craft pieces defending its carcinogenic weed killers and has journalists publish them under their own names. Indeed, Forbes just terminated writer Henry Miller after it was revealed that Monsanto had ghost-written his article downplaying Roundup’s risk of cancer. Monsanto also admitted that they have collaborated with him on other pieces. There are likely countless other writers out there who have had similar arrangements with Monsanto and other firms as this is not an uncommon practice for many of the world’s biggest corporations, particularly those with something to hide.

At the Washington Post, meanwhile, winning a Pulitzer Prize requires a good imagination more than anything else – provided no one finds out you fabricated the story and withdraws the award.

With major platforms like Facebook now taking steps to flag and filter out news it doesn’t agree with, even more journalists will find themselves bending to the will of those who sign their paychecks. The actions of Facebook and Google will essentially ensure that only the industries that have the most money to spend or the best political connections will get their news circulated. Journalists employed in the mainstream media will find themselves repeating fake facts citing unnamed sources to help Big Pharma push vaccines and meds, try to get Trump removed from office, help Monsanto sell more toxic herbicides, and further other unsavory agendas. Who wants to shell out $150,000 to do that every day?