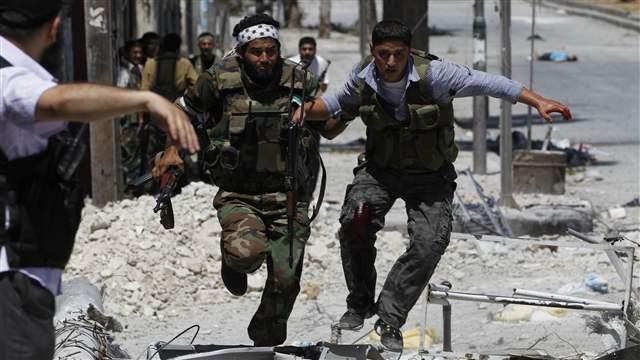 A growing number of Californians would rather secede from the United States and form their own nation than continue to be part of a government led by Donald J. Trump and Republicans. Why? Because, say supporters of “Calexit,” the vast majority of Californians have nothing in common — socially, culturally, and politically — with much of the rest of our country.

Fact is, Californians who believe that are exactly right. So are Americans living in other parts of the country that trend blue or deep blue. To say that most people living along the East Coast, from Washington, D.C., north, don’t have a lot in common with most people living in Texas, Nebraska, Missouri, Iowa, Georgia, Alabama, Utah, and Wyoming is also accurate.

While most Americans are not taking part in the Alt-Left and Alt-Right violence that has become more and more common of late, it’s pretty easy to conclude that most of us have dogs in those fights; that is, while many of us may abhor the violence, we still generally agree with one side the other.

Most people who call themselves progressives are not club-carrying members of Antifa or Black Lives Matter, and do not support their sometimes racist and bigoted positions against political opponents. However, they nevertheless agree with the political, cultural and social stances those groups take.

Most people who call themselves conservatives are not club-toting members of the KKK or neo-Nazis, and they would never agree with their overt racism. But they nevertheless agree with many of the same political, cultural and social stances those groups take.

In short, we’ve become a factionalized, fractional nation that is no longer unified in its purpose nor sure of its place in history. Many Americans support the destruction of historical monuments and idols, believing they are tied to a racist, unjust past. Many Americans continue to support displaying those monuments, to help us remember where we came from and how far we’ve come since those days.

We can’t have it both ways; either they stay or they go. And right now, the Alt-Left is wining that battle, as more monuments to true American heroes like Thomas Jefferson, George Washington and even Christopher Columbus are removed from the public venue — acts which further our divide.

There are many more divisions too — along racial, ethnic, class, and sexual lines. In fact, there are elements within our society who have worked to divide us along every possible line they can think of, using the well-used and time-tested strategy of “divide and conquer.” The irony is thick: On the one hand we like to brag about how “diverse” America is, while on the other we allow a handful of race baiters and religion hustlers to use our diversity as wedge issues to keep us warring with each other (and them empowered). It’s madness.

When you look around the world, the most peaceful nations are those whose people embrace, defend and uphold shared values. No country gets along 100 percent of the time on 100 percent of the issues, but where you see the most violence, the most upheaval, the most destruction, is in nations where sizable factions and pluralities are so divided they no longer even attempt to seek solutions and compromise.

They just start killing each other.

Is that where America is headed? Have we reached a point where we’d rather eliminate our political opposites rather than try to find a way forward with them, so we can all live together in relative peace and harmony? (Related: This free e-book argues the case for secession in the modern age.)

As conservative columnist Pat Buchanan asked this week, “What still unites us? What holds us together into the indefinite future? What makes us one nation and one people? What do we offer mankind, as nations seem to recoil from what we are becoming…?”

They are all good questions that we’d better start finding answers to before we turn our nation into one giant Syria.