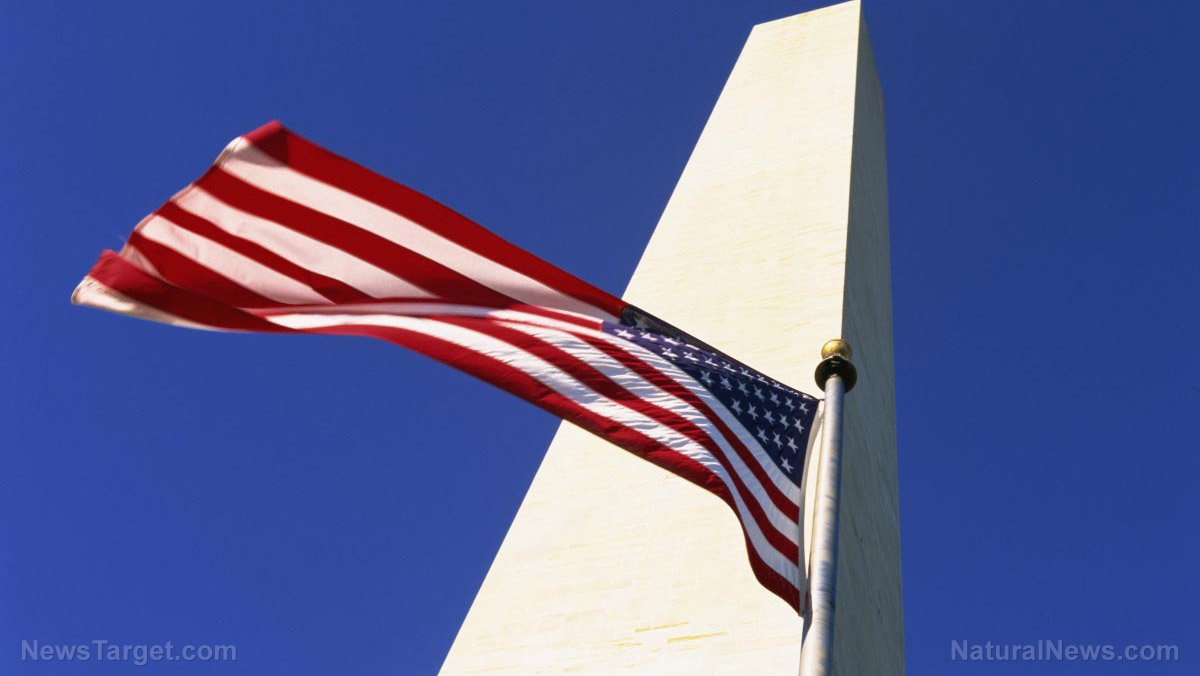 During his combative press conference with the disgustingly dishonest establishment media at Trump Tower on Tuesday, President Donald J. Trump doubled down on his earlier statements that demonstrations on the Left and Right were to blame for the violence in Charlottesville, Va., over the weekend.

“This week it’s Robert E. Lee. I notice that Stonewall Jackson’s [statue is] coming down. I wonder, is it George Washington next week, and is it Thomas Jefferson the week after? You really do have to ask yourself, when does it stop?” Trump said.

And within 24 hours, guess what? Calls to remove George Washington and other founding fathers began.

As reported by CBS Chicago, a local pastor who is black, has drafted a letter to Mayor Rahm Emanuel demanding he remove a statue of our first president and another from two parks on the city’s South Side:

A Chicago pastor has asked the Emanuel administration to remove the names of two presidents who owned slaves from parks on the South Side, saying the city should not honor slave owners in black communities.

A bronze statue of George Washington on horseback stands at the corner of 51st and King Drive, at the northwest entrance to Washington Park.

Bishop James Dukes, a ‘man of God’ who is pastor of Liberation Christian Center, said he wants the statue to be taken down and Washington’s name scrubbed from the park. He also wants the park rededicated to an African-American figure. (Related: There’s a purge of ALL Confederate monuments coming as Alt-Left seeks to erase, rewrite history.)

“When I see that, I see a person who fought for the liberties, and I see people that fought for the justice and freedom of white America, because at that moment, we were still chattel slavery, and was three-fifths of humans,” he said. “Some people out here ask me, say ‘Well, you know, he taught his slaves to read.’ That’s almost sad; the equivalent of someone who kidnaps you, that you gave them something to eat.”

He went on to say that even though Washington led the country in a successful revolution against a tyrannical British monarch and set the stage for the creation of the greatest experiment in self-government the world has ever seen before and since he’s no hero to black people.

“There’s no way plausible that we would even think that they would erect a Malcolm X statue in Mount Greenwood, Lincoln Park, or any of that. Not that say Malcolm X was a bad guy; they just would not go for it,” he said. “Native Americans would not even think about putting up a Custer statue, because of the atrocities that he plagued upon Native Americans. And for them to say to us ‘just accept it’ is actually insulting.”

Dukes also wants the city to remove Andrew Jackson’s name from nearby Jackson Park, again because he was a slave owner. He says Washington Park should be renamed after former black Chicago Mayor Harold Washington, and to rename Jackson Park after the legendary race-baiter and race hustler Jesse Jackson.

“I think we should be able to identify and decide who we declare heroes in our communities because we have to tell the stories to our children of who these persons are,” he said. “In an African-American community, it’s a slap in the face and it’s a disgrace for them to honor someone who was a slave owner.”

Well, maybe it is to a race-baiter and someone ignorant of history playing on the people’s emotions.

For the record, Washington’s will mandated the freeing of his slaves after his wife Martha’s death, the only slave-owning founder to do so.

As for Jackson, he demanded his slaves be treated “humanely” and believed that Providence, in time, would eventually eradicate the evil. And it did, through the Civil War — and the constitutional amendment process which, of course, was devised and ratified by our founders.

None of this matters, however, to people like Dukes, but there is a certain irony here as well. Jackson lashed out at abolitionists during his presidency, but not because he thought it should forever endure. Rather, “he generally perceived the growing slavery controversy as artificial and political, with both abolitionists and southern extremists seeking to divide the Union to serve their separate ends.”

What people like Dukes don’t get is that as times and culture has changed and as our nation has diversified ethnically, so have American attitudes regarding who we consider heroes. Today we honor Americans of many different races, backgrounds, histories, and achievements, from the time when our country began to the present. Some of those figures are every bit as controversial to a faction of our population as the founders are to others, but you don’t see people clamoring for those memorials and icons to be taken down and memory-holed.

Why, then, should only memorials to white men be dismantled?