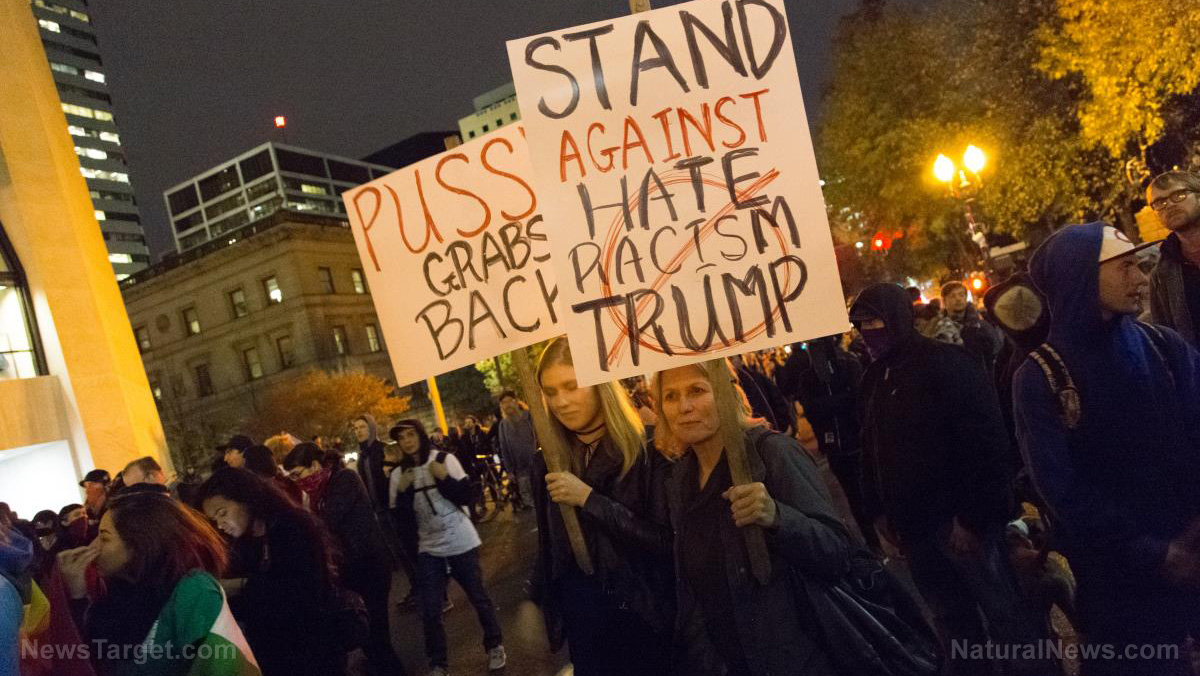 After specifically condemning the KKK, neo-Nazis and all white supremacist organizations on Monday, following death and violence at competing protests in Charlottesville, Va., over the weekend, President Donald J. Trump pivoted to his initial response of blaming both the Alt-Right and the “Alt-Left” for what had transpired.

That sent the disgustingly dishonest media and Washington establishment — the same people who did not accept Trump’s statement at face value — into yet another tizzy because blaming Left-wing protestors for anything just isn’t done.

Even when Left-wing anarchists are equally responsible.

During a raucous press conference Tuesday afternoon at Trump Tower in New York City, the president schooled the press and the Washington establishment on what it means to be both accurate and courageous in laying out his case as to why all participants in the Charlottesville violence should share blame.

In this, Trump is correctly recounting events. Reuters reported Wednesday:

At the weekend rally against the removal of a statue of Robert E. Lee, commander of the pro-slavery Confederate army during the U.S. Civil War, many participants were seen carrying firearms, sticks, shields, and lit torches. Some wore helmets.

Oh, but the Leftists were just trying to protect themselves, right? Wrong. As one Antifa organizer admitted to CNN recently, members have two goals: 1) Show up wherever conservative or right-leaning demonstrators are going to be, and 2) Show up prepared to inflict physical harm on them.

“The idea in Antifa is that we go where they (right-wingers) go. That hate speech is not free speech. That if you are endangering people with what you say and the actions that are behind them, then you do not have the right to do that,” he continued, admitting that members of his group believe they have some divine right to decide what is and is not “worthy speech.”

“And so we go to cause conflict, to shut them down where they are, because we don’t believe that Nazis or fascists of any stripe should have a mouthpiece,” Crow said. [Emphasis added]

What an arrogant little so-and-so. And he’s not even right.

In fact, the First Amendment gives everyone a right to speak their mind and discuss their beliefs, even if they aren’t popular. And the same amendment also recognizes the right of all Americans to peacefully assemble to voice their opinions, no matter how controversial — with the expectation of being free from intimidation and physical harm.

Plus, we know in the age of Trump that Antifa, Black Lives Matter and other Left-wing extremist organizations use violence to shut his supporters down no matter what they’re saying, equating support for the president with “racism” and “bigotry,” even though it isn’t.

They don’t have a right to do that. What’s more, Trump seems to be the only one on the national stage right now who knows that.

“You look at both sides,” Trump schooled the assembled journalists at Trump Tower. “I think there’s blame on both sides and I have no doubt about it and you don’t have any doubt about it either. And if you reported it accurately, you would say [it].”