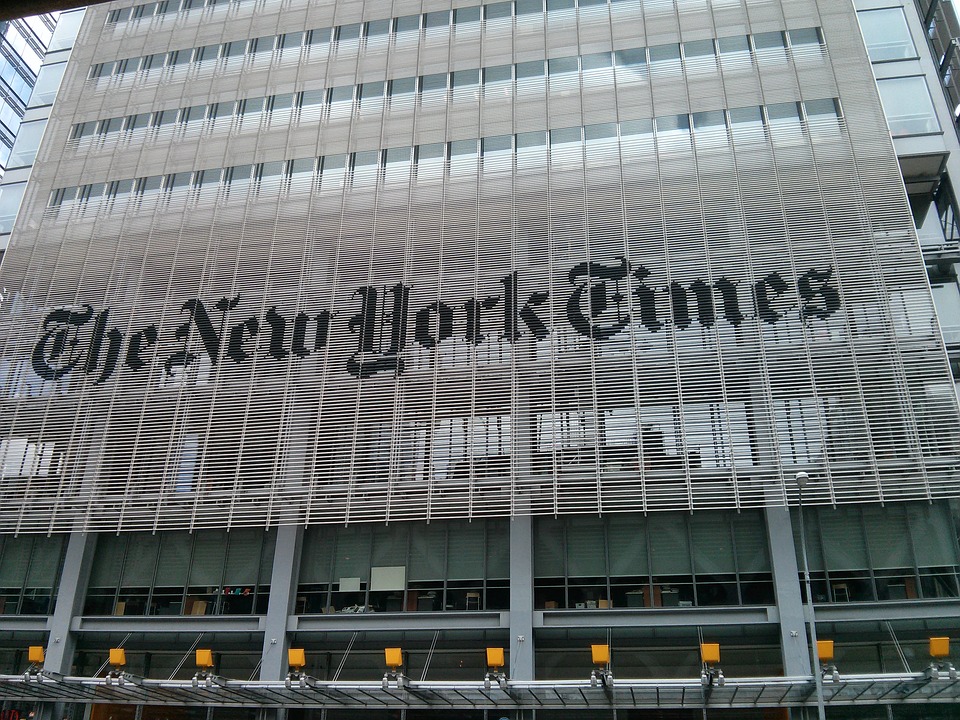 Have you ever stopped and asked yourself why the left-wing media constantly lies to the American people? It would seem that if the people really were embracing big government, and really did want to surrender their liberty to an all powerful state, then the liberals would just be up front with their true agenda. Likewise, if President Trump really were as incompetent, reckless and destructive as they say he is, then why are they constantly being caught lying about him?

The answer to both of these questions is simple: The left has to lie because they have no other options. If they didn’t lie, then not only would they not be able to effectively advance their agenda, but the people would also begin to increasingly show their support for President Trump. Obviously, the liberals can’t let this happen, so they are forced to deceive the public every chance at every opportunity.

The latest example of this comes from the fake news publication known as the New York Times, which on Wednesday of last week published a front-page article entitled, “Scientists Fear Trump Will Dismiss Blunt Climate Report.” In the article, the New York Times stated that they had obtained a copy of the report “which has not yet been made public” because scientists were concerned that the Trump administration would suppress it.

However, the report that the Times said had not yet been made public had actually been available online for over half a year, since January, and even had a public comment period for more than three months, which anyone in the world with internet access could engage in. If this sounds like a blatant attempt to discredit President Trump and his skepticism towards so-called “climate science,” that’s because it most likely was. How convenient it is that the New York Times never checked with the White House to make sure that the climate report really was hidden from the public.

“It’s very disappointing, yet entirely predictable to learn The New York Times would write off a draft report without first verifying its contents with the White House or any of the federal agencies directly involved with climate and environmental policy,” a White House official told the DCNF. “As others have pointed out – and The New York Times should have noticed – drafts of this report have been published and made widely available online months ago during the public comment period. The White House will withhold comment on any draft report before its scheduled release date.”

So far, several scientists have come out in opposition to the story published by the New York Times, and even the Washington Post recently called it an “epic screw up.”

The New York Times issued a statement addressing the controversy, but did not revise the part of their story that talked about how President Trump could suppress the report. “An article on Tuesday about a sweeping federal climate change report referred incorrectly to the availability of the report,” the Times wrote, adding that it had previously been published on the Internet Archive back in January and “was not first made public by the New York Times.” (Related: NYT commits treason in an attempt to overthrow the United States government.)

By this point, the never-ending campaign to discredit and delegitimize President Trump really is getting old. It’s clear that the Democrat Party, along with most writers and commentators that make up the mainstream media, are still bitter and even jealous over the fact that Donald Trump defeated Hillary Clinton last November, and don’t believe that he legitimately deserves to be in the Oval Office. As such, they continue to do everything and anything they can to make it seem as though President Trump is destroying the country from the inside out, including manufacture phony scandals regarding Russian collusion during the presidential election.

News outlets like the New York Times are losing all of their credibility trying to sabotage the President of the United States, and frankly, they deserve it.