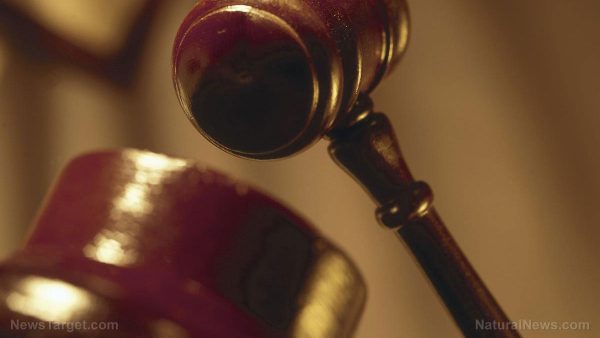 Far-Left liberals were ecstatic Thursday following news that special counsel Robert Mueller has empaneled another grand jury as part of his investigation into alleged “collusion” between the campaign of President Donald J. Trump and Mother Russia.

This news followed a report earlier in the week that Mueller had hired yet another lawyer for his team — and another one with close ties to Democrats, which is part of a pattern regarding those working under him.

But despite these developments, and especially the report regarding the grand jury, there is no reason to believe that any indictments are forthcoming because there is still nothing to indicate anyone’s done anything wrong, especially the president.

As reported by Lifezette, these developments are pretty standard; after all, special counsel investigations often require the issuance of subpoenas and the deposition of witnesses — making grand juries a regular part of the process:

The news, first reported by The Wall Street Journal, means Mueller will be armed with an additional investigative tool to look into the alleged hacking and interference by Russian operatives.

But a grand jury doesn’t necessarily mean much more beyond that.

After all, experts have pointed out, the FBI engaged in a lengthy investigation of former Democratic presidential nominee and secretary of state Hillary Clinton, but ultimately chose not to recommend that she be prosecuted. Yes, there likely were some political considerations there — okay, more than “likely” — but the fact is, she was not charged.

Also, despite the dearth of reporting on the subject at the time, from March 2015 to June 2016, federal prosecutors did, in fact, issue grand jury subpoenas in connection with that investigation.

As Lifezette noted, Republicans mostly assumed that then-FBI Director James Comey never convened a grand jury during the inquiry, but the site pointed out that Politico had reported Comey did indeed convene one — it’s just that, unlike in the Age of Trump, that information was not leaked to the media. Unlike the existence of the Mueller grand jury, which was apparently leaked almost as soon as it was formed.

So, even with the creation of a grand jury, some pundits note that prosecutions are not automatically forthcoming; after all, the FBI decided not to pursue Clinton, and to many legal observers, there was a lot more evidence that she committed a crime than there is regarding Trump or any of his former campaign associates.

There is additional evidence that the formation of a grand jury by a special counsel doesn’t always result in charges or convictions. In 2005, following a two-year investigation, special counsel Patrick Fitzgerald finished a far-reaching investigation into the leak of a covert CIA agent’s name; none of the leakers were indicted by Fitzgerald.

The investigation, using a grand jury, did not actually lead to the conviction of anyone who committed the original wrongdoing.

The same was true for Ken Starr, who spent years as an independent counsel in the 1990s investigating allegations of wrongdoing by then-President Bill Clinton. (Related: That time Mueller gave the Clintons a pass despite evidence of ‘pay for play’ with their foundation)

As far as whether Mueller has any authority actually to indict Trump, there are differences of opinion. However, according to Ronald Rotunda — a professor at Chapman University’s Fowler School of Law who was asked by Starr two decades ago whether a sitting president could be indicted — Mueller can’t:

— Though he believes that the Constitution does not prohibit a president from being indicted for serious crimes, there are substantial differences between Clinton and Trump, namely, that Clinton was being investigated under a now-defunct statute. Starr had an authority that Mueller does not have, the latter being an employee of the Justice Department, subject to serving at the pleasure of the president.

— On Clinton’s way out of office, his Justice Department Office of Legal Counsel issued a ruling stating that a president could not be indicted, a legal opinion that Rotunda says still applies and as such, applies to Mueller.

All in all, the Left’s glee at the formation of a grand jury by Mueller is entirely premature.