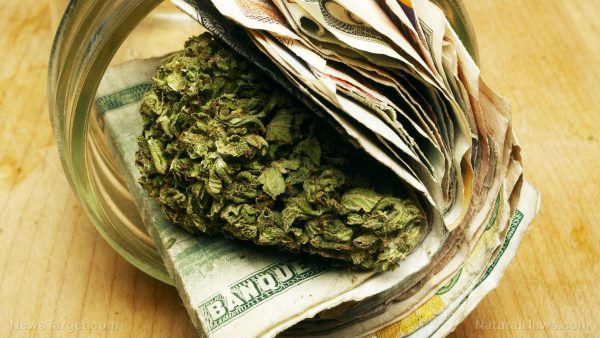 In the USA, more and more states are legalizing the medicinal use of marijuana. In fact, according to the website Governing.com, 29 states have now passed laws permitting either the recreational or medical use of marijuana, and in some cases, both. This is excellent news for those who have fought long and hard to decriminalize this amazing plant with its myriad health benefits. Unfortunately, this new understanding has not been as readily adopted across the pond in the United Kingdom.

While there has been a slight softening in attitude towards marijuana in the U.K., cannabis use remains illegal, and those found in possession of it face up to five years behind bars.

Those who understand just what a powerful natural medicine marijuana truly is have trouble understanding how any government could continue to ban this amazing substance. But, a deeper examination of the subject quickly makes it obvious that Big Pharma is actively campaigning to keep marijuana inaccessible to the masses. After all, if marijuana were legalized worldwide for medicinal purposes, many of these pharmaceutical giants would sustain massive financial losses. (Related: Discover the myriad health benefits of the hemp plant at NaturalPedia.com)

One only has to look at the vast number of health conditions for which marijuana is a beneficial treatment to understand how much of a vested interest Big Pharma has in its remaining illegal. (Related: Learn about how Big Pharma and the government are suppressing marijuana’s medicinal benefits.)

Back in 2014, Business Insider reported that in spite of the limited number of studies analyzing the health benefits of marijuana, it has been established that this natural medicine can be used for at least 23 medical purposes, including the treatment of glaucoma; improving lung health; controlling epileptic seizures; decreasing the symptoms of Dravet’s syndrome; stopping the spread of cancer; decreasing anxiety; slowing the progression of Alzheimer’s disease; easing the pain of multiple sclerosis; treating inflammatory bowel diseases; relieving arthritis discomfort; boosting metabolism; and many, many more. It’s very easy to see why Big Pharma is pulling out all the stops to protect its bottom line.

Nonetheless, despite the Pharma giants’ best efforts, an increasing number of organizations in the U.K. are putting pressure on the government to legalize the medicinal use of marijuana.

The Daily Mail reports that the latest group to do so is the MS (multiple sclerosis) Society.

Genevieve Edwards, the Society’s director of external affairs, told The Guardian, “We think cannabis should be legalised for medicinal use for people with MS to relieve their pain and muscle spasms when other treatments haven’t worked.”

The MS Society reports that many of these patients who have found absolutely no relief elsewhere, have been able to relieve their symptoms by using marijuana. As many as one in five MS patients admits to having used cannabis to treat their symptoms, although many have stopped doing so for fear of being caught.

He added, “It’s clear that they have explored not only the scientific evidence but the views of their members. Although it is clearly important to have scientific evidence to support the use of a drug in any form of treatment, it is also important to listen to the first hand accounts of people who report a benefit in using cannabis for specific symptoms. This is a further example of how research into the medicinal potential of cannabis is politicised in the UK as it remains outlawed.”

And if Big Pharma has anything to do with it, it will remain outlawed for as long as possible.