Priebus doesn’t trash Trump on the way out, says prez “has been great” and that the decision was mutual 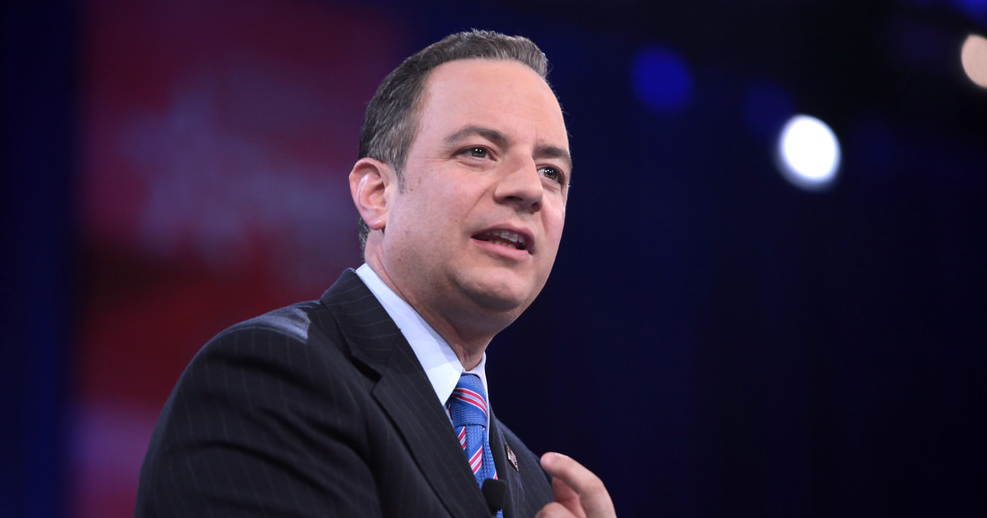 The disgustingly dishonest mainstream media was very much responsible for most of the so-called “chaos” that has rocked the current White House since even before Donald J. Trump was inaugurated as our 45th president.

You could almost see the glee on the faces of the Left-wing talking heads on all the news networks — CNN, ABC, CBS, NBC, MSNBC — when they were discussing the latest insider leak to The New York Time or the Washington Post, which they picked up and ran with as a way to feed their Trump hate 24/7.

So it likely came very much as a surprise to these enablers of Trump chaos when his former chief of staff, Reince Priebus, appeared on one of those networks Friday not to trash his soon-to-be-ex-boss, but to praise him and dispel any notion that he was forced out by the president.

As reported by The National Sentinel, Priebus appeared on CNN with host Wolf Blitzer to dispel rumors, defend himself against allegations that he was one of the White House leakers, and to stand up for Trump in a way that so few have. He said there was no “ill will” between him and the president, as he praised his replacement, DHS Secretary and former Marine Gen. John Kelly, as the right man at the right time for the right job.

“I’ve been, obviously, talking to the president, for a few days about this, and ultimately I formally resigned yesterday. And, you know, the president was great,” Priebus said of his decision to resign. “He wanted to include me in figuring out how and who would be a great successor and a good chief of staff. I think General [John] Kelly is a brilliant pick. … We’ll be working on a transition here for a couple of weeks, together with General Kelly, starting on Monday morning. So, this is not like a situation where there’s a bunch of ill will feelings.”

The former chairman of the Republican National Committee noted further that he and Trump had an agreement from the get-go: That if either of them sensed the arrangement wasn’t working or that things needed to change, they would tell the other.

“I think the president wanted to go a different direction. I support him in that. … I think it’s a good time to hit the reset button. I think he was right to hit the reset button, and I think that it was something that, I think the White House needs. I think it’s healthy. And I support him in it,” he told Blitzer, adding that the president did not ask him to resign or otherwise force him out.

Blitzer then asked Priebus about comments and allegations made last week by newly hired Trump communications director Anthony Scaramucci, in which he claimed in a profanity-laced interview with The New Yorker that Priebus was one of the people leaking sensitive and even classified information to the press.

Blitzer nonetheless pressed him about Mooch’s claim he was one of the leakers, Breitbart News reported. (Related: Scaramucci set to sic FBI on chief of staff Priebus after leaking of financial data.)

“[I]t was a very bitter charge that Scaramucci leveled against you, that you’re a leaker, and that you’re really not that loyal to the president. You’ve got your own agenda. He made some bitter accusations against you, specifically the leaking. Are you the leaker in the White House?”

“That’s ridiculous, Wolf. Come on. Give me a break. I’m not going to get into his accusations,” Priebus said, noting further that getting into those accusations did not “honor” the president.

Time will tell whether or not Priebus was being honest when he claimed he was not leaking anything to the media, but for now anyway, he was effusive in his praise for Trump and gracious on his way out.