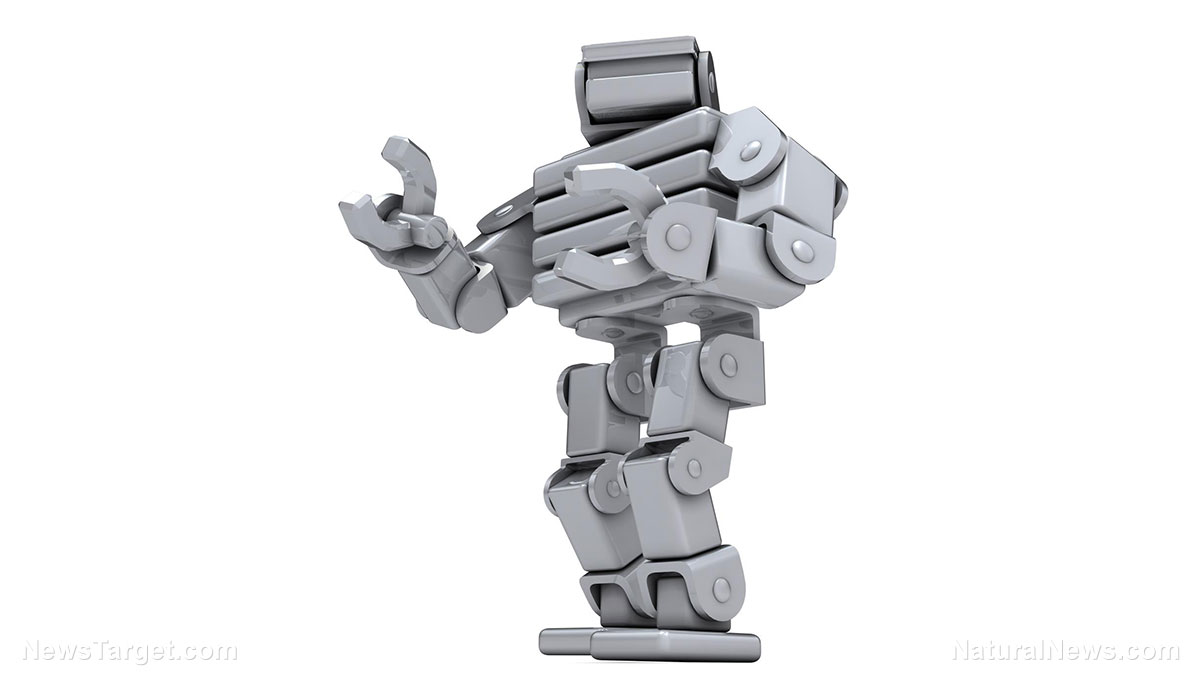 If you’ve ever wandered through a crowded airport trying to find an available AC outlet to recharge your electronic device before boarding a flight, Amazon apparently thinks it has an answer.

In the 33-page U.S. patent No. 9711985, Amazon proposes deploying on-call tracking robots in airports or other public spaces such as shopping malls or hotels to function as mobile charging stations. The application was originally submitted in March 2015, with the patent issued earlier this month.

Significant advancements in battery life might address this issue, too, without the intervention of robots.

If this idea ever comes to fruition, however, and it’s as yet undetermined what these robots would look like since the patent includes several different designs. Perhaps the company could include it as another perk for Amazon Prime membership. (Related: Read more about artificial intelligence at Robotics.news.)

It also remains to be seen (or heard) if they will use that annoying, although necessary, beep-beep-beep of airport people movers.

It could find you— whether by request, or the knowledge that one of your devices has less than a 10 percent charge remaining — and deliver a powered outlet for a small fee, a moment of your time to watch an ad, or completing a brief survey.

Amazon patents robot that’ll come at your call and charge your device https://t.co/1SO7QahB3z #patents <~ …and a system, and a method…

Running out of power is already a traumatic experience in our smartphone-addicted society. With that in mind, some venues are already offering a charging station, but you have to go to it, rather than it coming to you.

If this was a plot for a science-fiction doomsday scenario, friendly robots assisting people whose phones are low on juice would suddenly turn unfriendly, but that’s an entirely different matter.

For better or worse, Amazon seems to be able to gauge the market, GeekWire noted, although it is speculative at this point whether phone-charging robots will ever be routinely following behind or stalking (in a good way) consumers.

The idea may seem wacky, but the inventors contend that such robots would fill a need that’s currently unmet…You could even set up a mobile app to have a robot show up unbidden when your device’s charge drops below a certain level. Once it’s summoned, the robot determines the user’s location and navigates its way through the crowd, using synthetic vision...Amazon typically doesn’t comment on its patents and its applications unless it releases an actual product, and there’s no guarantee that the device-charging, ad-displaying, gum-selling robot will ever become a reality.

As NaturalNews has separately detailed, consumers are spending about 50 percent of their online dollars at Amazon, a massive enterprise which is reaching monopolistic proportions, and often head directly to the e-commerce giant’s website to buy a product rather than rely on a search engine for comparison shopping.

Against that backdrop, Reuters is reporting that the Federal Trade Commission is probing whether Amazon allegedly “misleads customers about its pricing discounts.”

On the subject of robots, Amazon may replace human cashiers with artificial intelligence if or when its purchase of Whole Foods goes through.