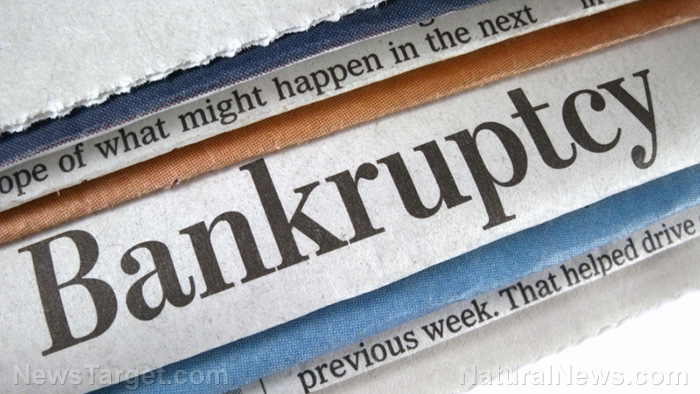 With more women – and sometimes men – going for comfort over fashion, affordability over glamour, and flexibility over style, the market for leggings and yoga pants is increasing. The market for overpriced signature jeans? Not so much.

Americans are now holding off on buying their next pair of jeans, whereas in the early 2000s, it could be said that we couldn’t get enough of them. And when we do buy our next pair of jeans, we skip past the glitzy designer clothes stores and choose from the collection of much smaller brands, where we can get our jeans cheaper.

For instance, Vernon, California-based True Religion was making it big in 2007, easily selling their $100 jeans with the signature horseshoe logo on the back pockets. Earlier this month, however, True Religion filed for Chapter 11 bankruptcy protection and will place 27 of their stores under permanent lock and key.

“After a careful review, we are taking an important step to reduce our debt, reinvigorate True Religion’s iconic brand, and position the company for future growth and success,” True Religion chief executive John Ermatinger said.

The company promised to maintain business operations through the Chapter 11 process by handing ownership over to creditors; they will also be able to cut their debt by 75 percent or $350 million via a deal they made with lenders.

According to London-based business intelligence company Euromonitor International, sales of super premium jeans – those that are launched by top brands that include Los Angeles-based Hudson Jeans, Commerce-based Joe’s Jeans, Vernon-based 7 For All Mankind, and True Region – declined by eight percent in 2016.

Designer denim started getting popular among the jeans-wearing crowd in the 2000s. One of the first to release their collection of funky, wildly-styled pants was True Religion, which was founded in Manhattan Beach in 2002. Hudson Jeans also came to life that year.

“Back then, $100 for a pair of jeans seemed exorbitant. But all of a sudden people were paying $150, then $250, then $350. There was a rapid escalation in pricing, and consumers were willing to pay,” Vancouver, Canada-based global investment banking and financial services company Cannacord Genuity retail analyst Camilo Lyon said.

However, by late 2012, sales of expensive jeans started dipping. In 2013, True Religion “began experiencing declining sales caused by the general trend of consumers [moving] away from traditional retail to online shopping,” True Religion’s chief financial officer Dalibor Snyder said in a filing with the United States Bankruptcy Court in Delaware.

Last year, True Religion reported revenues of merely $370 million – a 25 percent drop from 2013’s profits – and a loss of $78.5 million. It was forced to close 20 of its stores and lay off a quarter of its corporate workforce. True Religion’s women’s jeans were selling at $199 or higher, with some going as far as $319, according to their website as of Wednesday, July 5. The brand’s men’s jeans were priced at a minimum of $199.

Today’s shoppers are not very particular with branding and instead go for jeans that are also built with structural integrity but are not so high-priced, making the line between signature jean brands and affordable ones hard to read, Euromonitor said.

San Francisco-based Levi’s jeans, which fetch over $45 to $90 , continue to be a favorite among male customers while women favor clothing from “economy” brands such as Forever 21, Old Navy, and Sweden’s H&M, as well as brands from Walmart and Target.

Another factor as to why high-priced jeans manufacturers are finding their profits in the red is the shift from brick-and-mortar stores to e-commerce, Euromonitor said. (Related: Amazon now looking to put clothing retailers out of business with new “Prime wardrobe” service.)

Read up on more stories such as this one at MarketCrash.news.