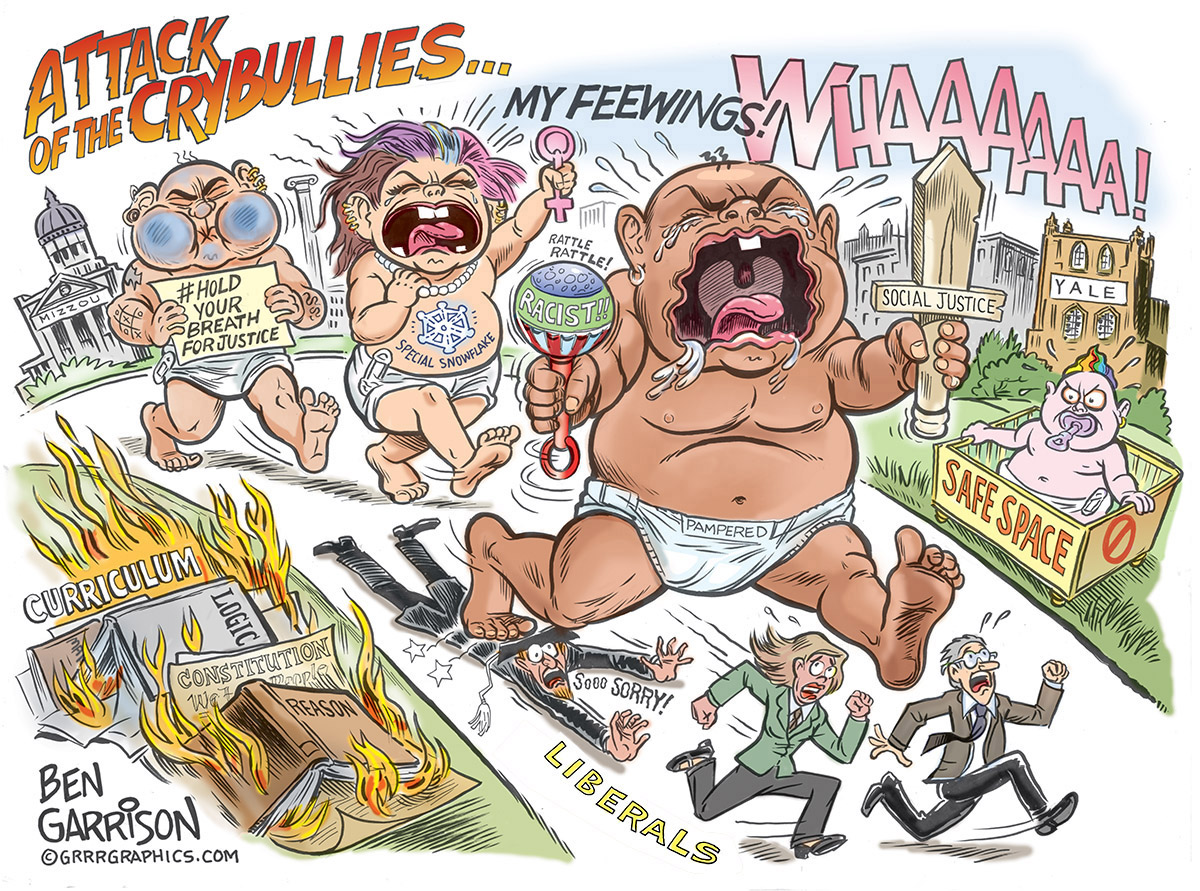 In the latest chapter of libtard lunacy sweeping across America’s insane left-wing universities, a Stanford professor warns students against saying their homework was “easy” because it might trigger so-called “microaggressions” in other students who didn’t find it easy.

Yes, the brave new world of weak-minded, universally-offended college crybully snowflakes now includes being “triggered” by homework, which apparently is only assigned by racist, bigoted, intolerant white professors who don’t aren’t yet up to speed on the politically correct idea that students should never have to earn anything. In the new libtard Wonderland world, everything is given to you by someone else, and if you don’t get what you want, double down on the whining and claim to be “triggered” until they cave.

In this video commentary, I take aim at the libtard snowflake crybully culture and tell students to “grow up” and stop whining and crying for everybody to give them everything. “Stop playing the victim all the time,” I urge the crybully students, “and start learning how to behave like an adult for a change.” Sadly, students across America aren’t being taught what they will need to know to survive in the real world. Instead, they are being conditioned to function as intolerant, bigoted crybully snowflakes who lack the maturity, self-discipline and sense of achievement needed to become successful adults in the real world.