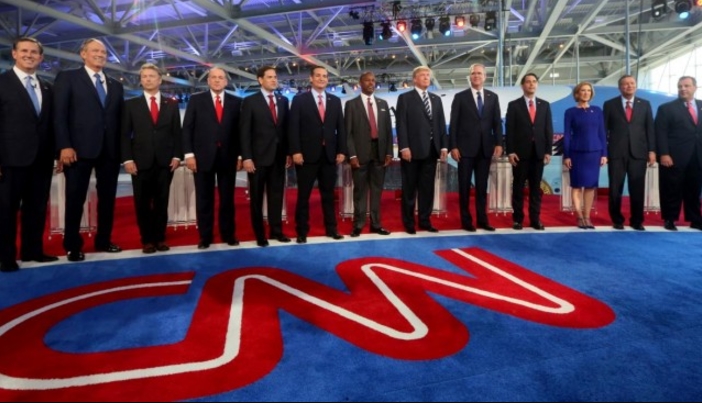 Another supposed “bombshell” alleging more nefarious ‘collusion’ between Russia and the Trump campaign emerged over the weekend as The New York Times published new illegally leaked details of a short meeting between Donald Trump Jr., some members of the Trump campaign and a connected Russian lawyer just weeks after his father officially became the Republican nominee for president.

“The previously unreported meeting was also attended by Mr. Trump’s campaign chairman at the time, Paul J. Manafort, as well as the president’s son-in-law, Jared Kushner, according to interviews and the documents, which were outlined by people familiar with them,” the Times noted, naming Russian lawyer Natalia Veselnitskaya as the contact.

In a follow-up report, the Times — citing anonymous sources who said they are “familiar” with the meeting — then claimed the meeting was all part of Russia’s effort to help Trump beat his Democratic rival, Hillary Clinton:

The meeting — at Trump Tower on June 9, 2016, two weeks after Donald J. Trump clinched the Republican nomination — points to the central question in federal investigations of the Kremlin’s meddling in the presidential election: whether the Trump campaign colluded with the Russians. The accounts of the meeting represent the first public indication that at least some in the campaign were willing to accept Russian help.

Uh-oh, right? Smoking gun! Left-wing Democrats and their media allies everywhere are no doubt shouting, “Ha! We knew it!” And “impeachment!”

But if this all sounds just a bit too convenient — having shown up only now after months and months and months of nothing burgers — it is just a bit too convenient. Even the Times reported in its second story: “It is unclear whether the Russian lawyer, Natalia Veselnitskaya, actually produced the promised compromising information about Mrs. Clinton. But the people interviewed by The Times about the meeting said the expectation was that she would do so.”

Of course. After all, if the goal has always been to saddle Trump and his inner circle with a garbage narrative like this, who needs proof when pure speculation will do?

To that point, as reported by Circa News, lawyers for Team Trump smell a big, fat Deep State rat in all of this new reporting that handily connects the “collusion” dots.

Circa reports that Donald Trump Jr. was approached shortly before his father was nominated by Veselnitskaya, who wanted to set up a meeting to discuss Russian policy, according to Trump family lawyers. The site noted further:

President Trump’s eldest son briefly gathered others for the meeting, including his brother-in-law Jared Kushner, as well as then-presidential campaign manager Paul Manafort for the meeting at Trump Tower in New York City with the lawyer, identified by Trump family lawyers as Natalia Veselnitskaya.

Veselnitskaya used the meeting in June 2016 to have a conversation about a U.S. law called the Magnitsky Act that Russia leader Vladimir Putin reviles and has retaliated against by blocking U.S. adoptions of Russian children.

The encounter was short and the Trump team had no further contact with the woman or the policy issue, lawyers said.

The meeting was recently disclosed to congressional investigators by one of the attendees, according to sources directly familiar with the disclosure.

Hence, the leak of this newly divulged information. Take note of the fact that nothing discussed was out of sorts, illegal, or had anything at all to do with the Times’ claim of “collusion” in accepting dirt on Clinton…that no one has said was actually delivered. Circa noted further that Trump himself was not aware of the meeting and did not attend it.

Circa then dropped this genuine bombshell:

The president’s legal team said … they believe the entire meeting may have been part of a larger election-year opposition effort aimed at creating the appearance of improper connections between Trump family members and Russia that also included a now-discredited intelligence dossier produced by a former British intelligence agent named Christopher Steele who worked for a U.S. political firm known as Fusion GPS.

And, as investigative reporter Paul Sperry recently reported, it’s very likely that Democrats were indeed behind that fake dossier, which has been debunked even by the guy who wrote it.

“We have learned from both our own investigation and public reports that the participants in the meeting misrepresented who they were and who they worked for,” said Mark Corallo, a spokesman for the president’s legal team. “Specifically, we have learned that the person who sought the meeting is associated with Fusion GPS, a firm which according to public reports, was retained by Democratic operatives to develop opposition research on the President and which commissioned the phony Steele dossier.

“These developments raise serious issues as to exactly who authorized and participated in any effort by Russian nationals to influence our election in any manner,” Corallo continued.

Starting to get the picture?

Circa noted further that Veselnitskaya is identified in court papers as being a former Russian prosecutor and private Moscow-based lawyer who was representing Denis Katsyv, a Russian businessman, and his Prevezon Holdings, in a case against the U.S. Department of Justice involving civil asset forfeiture. One document said she had a difficult time getting a visa from American authorities.

So, how does this all fit in with Fusion GPS? Circa noted:

The connection drawn by the president’s lawyers between Veselnitskaya and Fusion GPS comes from a letter this spring by the Senate Judiciary Committee chairman Charles Grassley, who disclosed that Fusion GPS also provided litigation support in the Prevezon case.

Prevezon also apparently lobbied against the Magnitsky Act, according to Grassley’s letter.

“Prevezon’s lobbying efforts were reportedly commissioned by Mr. Katsyv, who organized them through a Delaware non-profit he formed and through the law firm then representing Prevezon in the asset forfeiture case, Baker Hostetler. Among others, the efforts involved lobbyist Rinat Akhmetshin and Fusion GPS, a political research firm led by Glenn Simpson,” Grassley noted in his letter.

And as The National Sentinel has reported, Grassley has charged that former FBI Director James Comey made inconsistent statements about the bureau’s relationship with Steele (and, by default, Fusion GPS).

What we have here is precisely what the Trump legal team is asserting: A year-long effort (at least) to plant a false narrative of “collusion” involving the president, his inner circle and the Russian government. (Related: The ‘Deep State’ Is At War With Trump And Will Continue To Undermine Him Throughout His Presidency.)

With that, then consider this: We have been told for months that prior to the November election the Obama administration, the Deep State and the Democratic establishment all believed that Trump didn’t have a chance against Clinton in the general election. The media’s polling all showed that Trump would get skunked; the pundits all believed it; even some Republicans thought so.

So maybe, just maybe — given this new information — the Deep State saw how handily Trump had dispatched 16 other mostly qualified, experienced GOP candidates to win his party’s nomination and in reality believed he had a good shot of winning all along, thus creating the need to develop some fake narrative in order to undermine his victory and delegitimize his presidency.

Who would go to all of this effort otherwise?