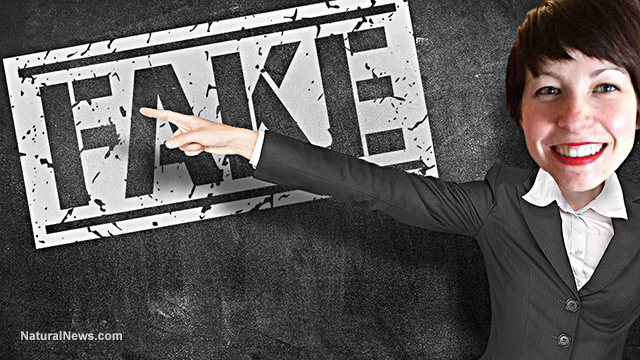 All that laughter from before the election has turned into nothing but tears for MSNBC‘s Rachel Maddow, who has once again publicly shamed herself by spreading fake news on her show. A phony document she received, purportedly leaked from the National Security Agency (NSA), was the subject of a recent segment in which she suggested that the false information may have been drummed up by a Trump insider. But there’s only one problem: this wild conspiracy theory was based on yet more fake news that she and her producers inadvertently created out of thin air because they apparently don’t understand how digital time stamps work.

The document in question, which appears to have actually been a rip-off of one published earlier by The Intercept, claimed to expose ties between the Trump administration and Russia – another wild conspiracy theory hatched by failed presidential candidate Hillary Clinton. Maddow identified some red flags with this document that led her to believe that it was probably faked, which she decided to broadcast to her viewers as a “warning” about the spread of fake news that might be trying to derail the Trump-Russia collusion investigation by tricking the news outlets trying to cover it.

In retelling this, though, Maddow made the insinuation that the mysterious “anonymous sources” who sent her the fake documents may have been Trump insiders because these documents supposedly had a digital time stamp indicating that they were created more than three hours before The Insider released them. Because of this, Maddow suggested, only someone on the “inside” could have had access to them – and how many of those people are there outside of Washington elites such as those in the White House?

“That’s because time stamps on the documents published by The Intercept designate the creation date included in the PDF we publish on DocumentCloud: In this case, that occurred just over three hours prior to publication of our article … Both versions – the one we published and the one Maddow received – reflect the same time to the second: literally the exact moment when we created and uploaded the document.”

So in attempting to expose the fake news she was apparently sent with the phony documents, Maddow actually created more fake news by failing to properly investigate the documents themselves before jumping to the conclusion that they were a plant by President Trump or someone in his cabinet. Maddow could have easily reached out to The Intercept to ask these pertinent questions about the time stamp; instead, she rushed to make a non-story about a non-event that, based on the evidence that’s been put forth, had absolutely nothing to do with the president.

“When the media’s credibility is under attack, rushing stories out before checking facts and contacting the subject is hard to comprehend,” tweeted Edward Snowden in condemnation of Maddow. “That said, journalism is hard and mistakes happen. When they do, as in this Maddow case, apologies should be frank and unequivocal.”

“When we start getting economical with facts, we lose. This important story was mangled by needlessly injected and unsupportable conspiracy.”