Uncensored and Independent Media News
Home
Health Freedom
Second Amendment
Prepping
Survival
Censorship
Subscribe
SHOP
Popular Articles
Does it even matter whether Donald Trump Jr. met with someone purporting to be a “Russian government lawyer?” Not at all
07/11/2017 / By JD Heyes / Comments 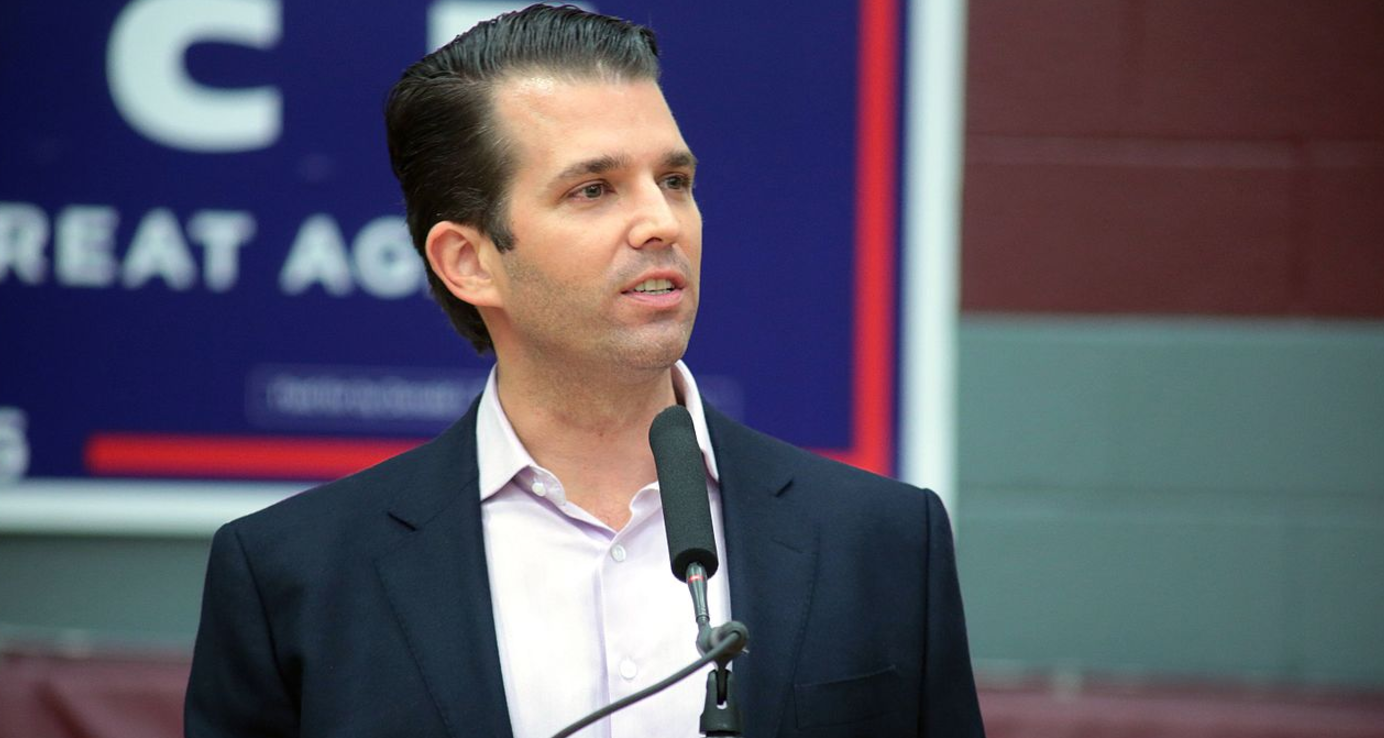 Okay, so we’ll admit that the evidence, such as it is, against Donald Trump Jr.’s supposed “Russia collusion” is pretty damning, if you take it at face value and you don’t bother to look into the story any further.

Reporting by The New York Times, once again using leaked information that is no doubt illegal, appears to have Don Jr. cold: Emails he himself has released indicate that yes, he knew he was likely to be meeting a “Russian government lawyer,” which — despite the fact that there is nothing illegal about that, it destroys the position the Trump administration (and Don Jr.) has held for months, that no, there has never been any “collusion.”

As The National Interest reported, none of that looks good:

Over now to Donald Trump Jr., last seen backtracking out the White House door after a meeting he attended last summer with Russian attorney Natalia Veselnitskaya was exposed in the press. The president’s son claimed back in March that he’d never met with any Russians as a representative of the Trump campaign. That was later contradicted by the New York Times, which reported that he’d huddled with Veselnitskaya after she promised him dirt on Hillary Clinton. He then asserted that the meeting was all about Russian adoption in America, a pet cause of Veselnitskaya’s. Except subsequent emails obtained by the Times showed that Trump Jr. was promised evidence that would “incriminate Hillary and her dealings with Russia and would be very useful to your father.”

Now mind you, there still is no evidence that a crime has been committed. More caveats: The lawyer did not provide Don Jr. with the promised goods — far from it. Indeed, subsequent reporting has noted that the conversation did indeed center mostly on the adoption issue, and that other meeting attendees — then-Trump campaign manager Paul Manafort and Trump’s son-in-law, Jared Kushner — seemed either disinterested or, in the case of Kushner, left the meeting way early.

Nevertheless, this has the Left and the #NeverTrump media salivating because they now think this is the smoking gun of “collusion” everyone’s been looking for. You have every partisan idiot from former Clinton running mate Sen. Tim Kaine, D-Va., to most talking heads on CNN, MSNBC, and the rest of the cable news alphabet soup of networks screaming “Treason! Treason!” — which is especially hypocritical, given the Clinton campaign’s use of Ukrainian operatives to dig up dirt on the Trump campaign. Besides, according to real legal eagles, Don Jr.’s behavior doesn’t even come close.

And lest we forget, last month, former FBI Director James Comey told Congress that a February 14 article by the Times alleging Trump associates “had repeated contacts with senior Russian intelligence officials in the year before the election” was, “in the main,” untrue. That article at least cited “four current and former American officials.” Monday’s article only cites “three people.” (RELATED: Are Democrats behind the dubious Trump dossier that has triggered so many ‘Russia’ investigations?)

What’s the point? Only this: The so-called battle lines between the Trump administration, the Trump-hating political and media establishment, and the #NeverTrump elements of the Deep State long ago launched their multi-pronged campaign to disrupt, delegitimize, defame and unseat our duly elected president, and they’ve attempted to do so directly and by chipping away at his inner circle.

Don Jr. is merely the latest victim. He won’t be the last.

What should Trump do at this juncture? He’s already signaled his support for his son (and really, what father wouldn’t?); what else is there?

Nothing. The chances are good that politically speaking, this episode isn’t going to move the needle for or against the administration or the president much, if at all. Trump’s detractors are only going to howl louder, while his supporters — who are very used to their president and his administration being unfairly targeted by the elitists in D.C. — will most probably circle their wagons in defense, again.