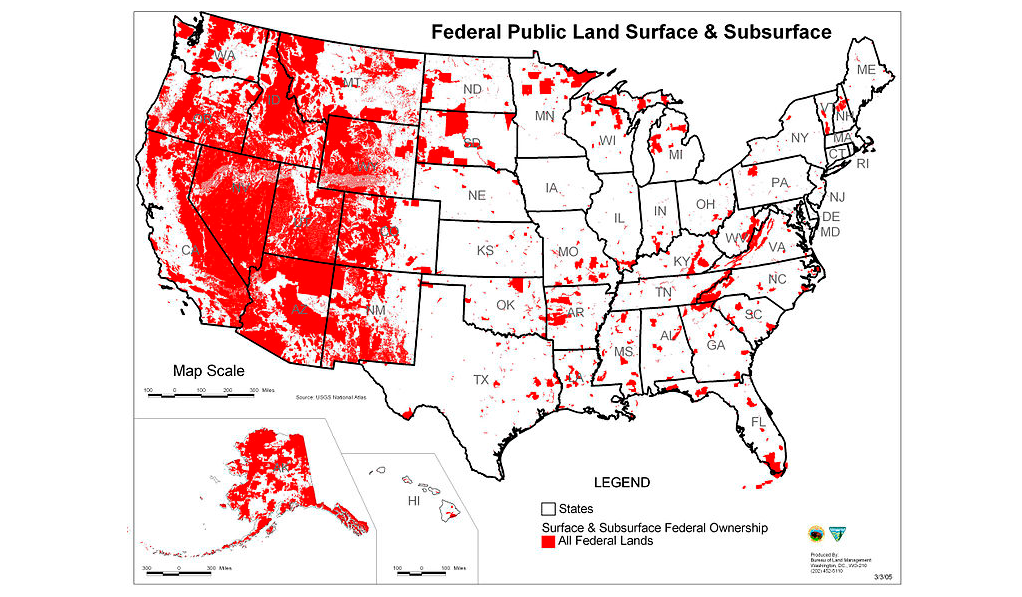 Though most of us know the American federal government owns some land, not many people realize how much exactly is controlled by the feds. Today, they hold approximately 640 million acres of land or 28 percent of the 2.27 billion acres of land in the United States. Around 92 percent of all the federally owned acres are in the West.

According to shocking statistics published by Ballotpedia, the federal government collectively owns 47 percent of all land in 12 western states. Interestingly, states East of the Mississippi River seem to be less controlled by the feds, with only 4 percent of all land owned by the government. Given the very poor management of the government, many states are calling for a reduction in federal land ownership and more control for the states.

These numbers stand in sharp contrast to states as Connecticut and Iowa, where the federal government only possesses 0.3 percent of all land. This huge difference makes you wonder why so many acres are owned by the feds in the western states.

Though nobody will dispute the fact that the government needs a certain amount of land for national purposes, do they really need that much? If the federal government would do a good job there wouldn’t be much of an issue. Unfortunately, the majority of federal land managers have an extremely bad reputation.

According to Sue Lani Madsen, frustrated local federal land managers are hindered by layers of internal regulations and restricted funding that make a timely response to weed outbreaks difficult. Since federal land is exempt from state noxious weed control laws, having a federally owned plot of land next door is bad news.

Also, due to mismanagement, wildfires tend to spread very rapidly in areas controlled by the federal government. As reported by The Economic Collapse Blog, over 2.6 million acres of land has gone up in flames in 2017 alone.

Since the feds don’t care about local issues or concerns, it can be very frustrating for people living in areas where the federal government is in control of vast stretches of the state. Wouldn’t it be better if the land and its natural resources were owned and managed by the people who live in the state?

Though Sue Lani Madsen quoted a study which found that it is more profitable for states to manage their own public lands, those that are against transferring ownership of federal land to the states often argue that it would be too expensive for the states to handle the extra costs.

Writing for the Economic Collapse Blog Michael Snyder noted: “At the end of the day, this is just another area where we need to readjust the balance of power between the states and the federal government. Our founders intended to create a system where the states had much more power than the central government, but instead that has become totally flipped around.”