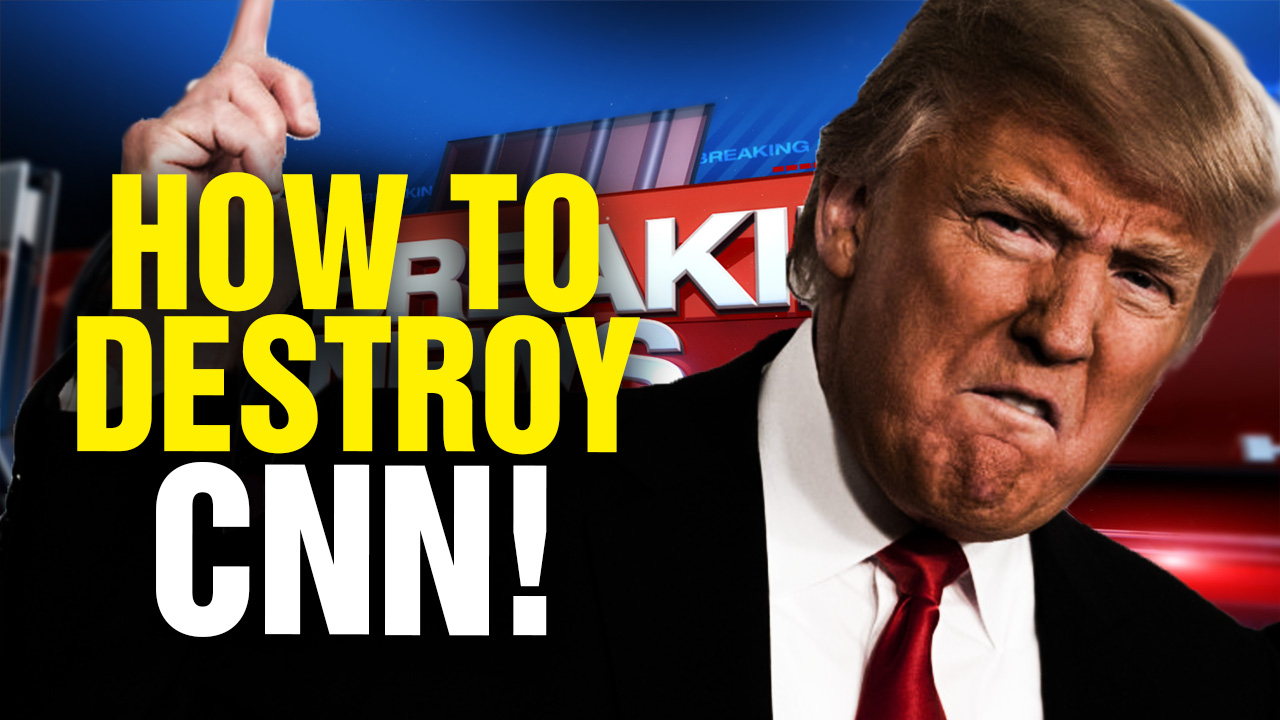 CNN, once the leader in cable news, is now the leader in crybully journalism. After fabricating fake news to smear Donald Trump — and getting caught — CNN is now crying and whining that it’s the victim in all this.

I call it “crybully journalism,” and it’s the same style of putrid, passive-aggressive journalism you find on parade at MSNBC, NBC, the Washington Post and the New York Times. Across the board, all these media outlets smear, defame and demean President Trump, Sarah Palin, Sean Hannity, Rush Limbaugh and every conservative in sight. Then, the minute somebody punches back, they cry “victim.” (See more examples of left-wing crybully psychology at Crybullies.news.)

What they really want, you see, is a president who will just sit there and be abused, smeared and slandered by the media without responding in any way whatsoever. This, the media says, is known as being “presidential.” When Obama, Bill Clinton, Hillary Clinton, Harry Reid and Mike & Joe deliberately lie, demean, insult and slander prominent Republicans, that’s all okay with the left-wing media, but the minute somebody gives these sociopathic Democrats a dose of their own medicine, they cry foul.

But Trump isn’t going to be the insane left-wing media’s punching back. Trump is re-defining “presidential” to mean, finally, refusing to be the media’s whipping boy. That’s why everyone in America who isn’t a brainwashed, indoctrinated Rachel Maddow groupie is loving every minute of Donald Trump fighting back against the corrupt, dishonest, abusive and wildly FAKE “mainstream” media.

That’s why, when Trump tweeted out this hilarious video of him body slamming CNN to the ground, much of the country cheered with laughter:

Four podcasts that expose the fakery and treason of CNN

I’ve posted four podcasts that expose the outright fakery, anti-Americanism and treason of CNN, a tabloid fake news network staffed by treasonous traitors who despise America, democracy and the voters. You can hear all these (and more) at the Health Ranger Report podcast site.

First, here’s my take on how CNN has become the leader in “crybully journalism.”

Here’s how James O’Keefe and Project Veritas are spearheading what I call “the collapse of bulls##t” and the exposing of CNN’s totally fake news:

In this podcast, I reveal how President Trump can instantly de-fund CNN and collapse the lying “mainstream” media:

And finally, here’s why believing CNN may literally get you killed. Not only is watching CNN one of the most stupid things you can do to yourself, it’s also dangerous to your survival: