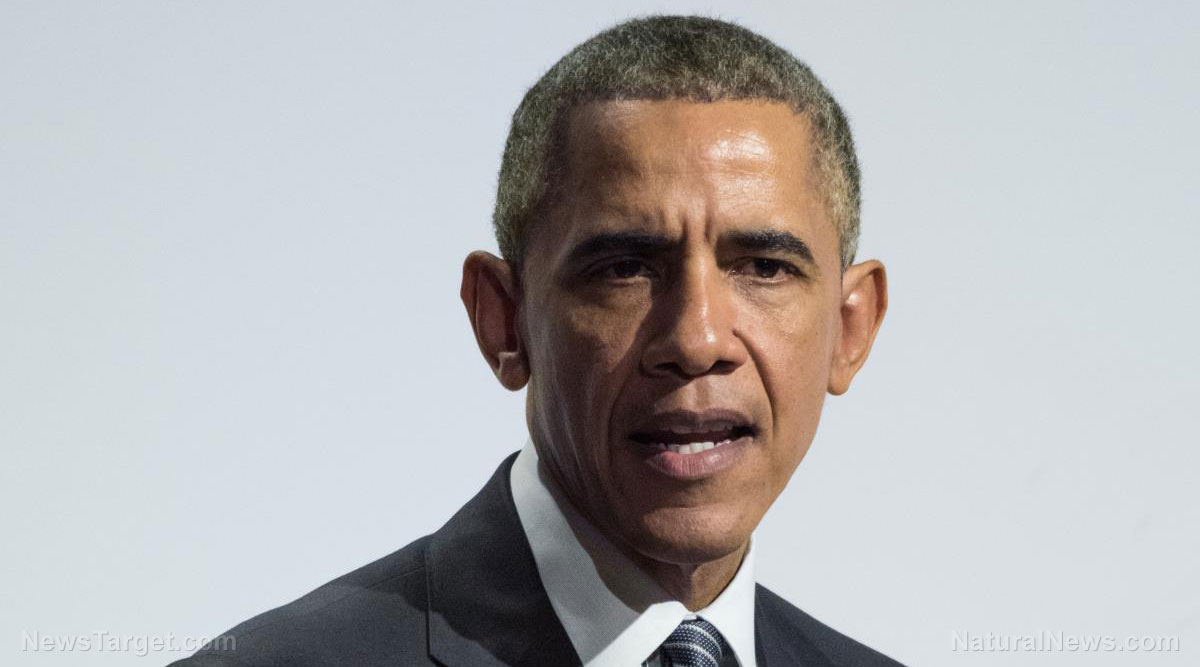 Thanks to the incessant bombardment of the public with fake news dreamed up by CNN and other “fake news” media outlets, no one seems to remember that right before the 2016 election, President Obama assured the voters that America’s election couldn’t possibly be rigged, saying, “there is no serious person out there who would suggest somehow that you could even — you could even rig America’s elections, in part, because they are so decentralized and the numbers of votes involved.”

In a now-infamous talk dubbed the “stop whining” speech, Obama mocked Donald Trump for suggesting that the election was being rigged in favor of Hillary Clinton. In response, Obama told Trump that rigging the presidential election in America was impossible and that Trump should “stop whining” and “go try to make his case to get votes.” (Source: Reuters)

That’s exactly what Donald Trump did, of course. He made his case to the voters, and they elected him President. That’s when Obama, Clinton and the entire Left-wing fake news machine reversed the script and dredged up their baseless, evidence-free assertions that Trump had somehow colluded with the Russians to “steal the election.” (Apparently, elections can only be stolen when Democrats don’t win, you see.)

You mean the same election that Obama just told everyone couldn’t be stolen? Keep in mind that until Election Day, everybody on the Left believed Hillary was going to easily win. This was largely because of all the illegal voting of non-citizens who are routinely recruited by Democrats to steal elections. So much voter fraud was already “baked” into the election that Obama and Clinton were certain they had it in the bag. So when Donald Trump began voicing his concerns that the election was being rigged against him, Obama mocked him, and the entire mainstream media attacked Trump as being a loony tunes conspiracy theorist, insisting that elections could not be stolen or rigged in America. Obama specifically stated, “There is no evidence that that has happened in the past…” and went on to proclaim that if Trump won, the Democrats would graciously accept their loss and cooperate with Trump. (Yes, Obama actually said that.)

I find it astonishing that even though this took place less than one year ago, nobody on the Left seems to remember any of this. It’s almost as if this entire chapter of U.S. history has been memory wiped from the minds of Leftists.

To refresh your memory, here’s a partial transcript and video of Obama’s speech, sourced from TIME Magazine:

As you read these words, note carefully how the Democrats have utterly betrayed everything Obama stated:

OBAMA: One of the great things about America’s democracy is we have a vigorous, sometimes bitter political contest and when it’s done, historically, regardless of party, the person who loses the election congratulates the winner, who reaffirms our democracy and we move forward.
That’s how democracy survives because we recognize that there’s something more important than any individual campaign. And that is making sure that the integrity and trust in our institutions sustains itself.

Because democracy, by definition, works by consent, not by force. I have never seen, in my lifetime or in modern political history, any presidential candidate trying to discredit the elections and the election process before votes have even taken place.

It’s unprecedented. It happens to be based on no facts; every expert, regardless of political party, regardless of ideology, conservative or liberal, who has ever examined these issues in a serious way, will tell you that instances of significant voter fraud are not to be found, that — keep in mind, elections are run by state and local officials, which means that there are places like Florida, for example, where you’ve got a Republican governor, whose Republican appointees are going to running and monitoring a whole bunch of these election sites.

The notion that somehow if Mr. Trump loses Florida, it’s because of those people that you have to watch out for, that is both irresponsible and, by the way, doesn’t really show the kind of leadership and toughness that you want out of a president.

If you start whining before the game’s even over, if whenever things are going badly for you and you lose, you start blaming somebody else, then you don’t have what it takes to be in this job because there are a lot of times when things don’t go our way or my way.

That’s OK, you fight through it, you work through it, you try to accomplish your goals. But the larger point I want to emphasize here is that there is no serious person out there who would suggest somehow that you could even — you could even rig America’s elections, in part, because they are so decentralized and the numbers of votes involved.

There is no evidence that that has happened in the past or that there are instances in which that will happen this time. And so I’d invite Mr. Trump to stop whining and go try to make his case to get votes.

And if he got the most votes, then it would be my expectation of Hillary Clinton to offer a gracious concession speech and pledge to work with him in order to make sure that the American people benefit from an effective government.

And it would be my job to welcome Mr. Trump, regardless of what he’s said about me or my differences with him on my opinions, and escort him over to the Capitol, in which there would be a peaceful transfer of power.

That’s what Americans do. That’s why America is already great. One way of weakening America, making it less great, is if you start betraying those basic American traditions that have been bipartisan, and have helped to hold together this democracy now for well over two centuries.