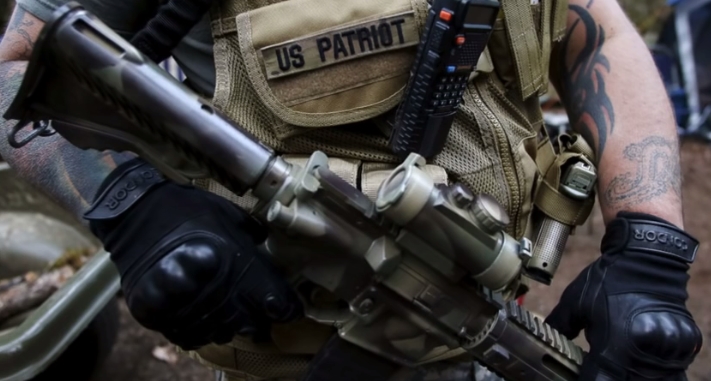 An unnamed FBI agent has been arrested and indicted on multiple federal charges that he lied about shooting at Robert “LaVoy” Finicum as police and agents sought to arrest the leaders of the Malheur National Wildlife Refuge occupation in Oregon.

As reported by The Oregonian, the agent is facing charges that he made false statements to investigators for the purpose of obstructing justice, according to sources who spoke to the paper on condition of anonymity.

The arrest and allegations that an FBI agent lied about shooting Finicum will no doubt enrage the patriot community, many of whom supported the Malheur occupation as a way to bring attention to the then-Obama administration about the injustices of federal land use and management regulations that harm local farmers and ranchers. (RELATED: After imprisoning Oregon ranchers, Obama to sign an executive order legalizing BLM tyranny to take over any land it wants)

The indictment stems from a more than yearlong investigation by the inspector general of the U.S. Department of Justice. … Investigators said a member of the FBI’s elite Hostage Rescue Team fired at Finicum as his 2015 Dodge pickup truck crashed into a snow bank at a roadblock on U.S. 395. Finicum had just sped away from a surprise traffic stop on the rural highway as the occupation leaders traveled off the refuge to a community meeting Jan. 26, 2016.

None of the bullets fired by the agent struck Finicum, 54, a rancher from Arizona who became the spokesman for a group of armed individuals who took over the federal sanctuary in Harney County in January 2016.

A few moments later, after the FBI agent fired, Finicum stepped out of his vehicle and was shot three times by state troopers on the scene after he reached inside his jacket pocket. Officers later said he had a loaded 9mm handgun in that pocket.

One round fired at Finicum pierced his heart; he died at the scene, reports noted.

Last June, Assistant U.S. Attorney Charles Gorder, Jr., said in papers filed in federal court that a grand jury was examining FBI actions. Gorder explained he hoped to keep a memorandum about an inspector general investigation into the incident out of defense lawyers’ possession who were representing other leaders of the occupation against federal conspiracy charges.

Before Finicum was shot, the FBI and state police had positioned themselves to interdict another occupation leader, Ammon Bundy, and other figures as they drove two vehicles from the refuge to a meeting in nearby John Day. Initially, Finicum stopped his truck for police but then sped off; less than a minute later, he swerved off the road into a snow bank.

As he was leaving his truck, an FBI agent shot at him twice, but none of the FBI hostage team members admitted to authorities they had discharged their weapons, according to the Deschutes County sheriff’s department, which was tasked with investigating the incident.

At the time of the standoff, investigative journalist Pete Santilli, known to the patriot community, was among 25 people arrested with the others at the refuge, and was also charged with conspiracy.

“He stands today an innocent man who did nothing more than exercise his First Amendment rights, and he received no warning that his exercise of those rights was considered unlawful by law enforcement,” wrote his court-appointed lawyer Thomas Coan, in seeking his release. “The court should find that due process requires Santilli’s pretrial release.’’