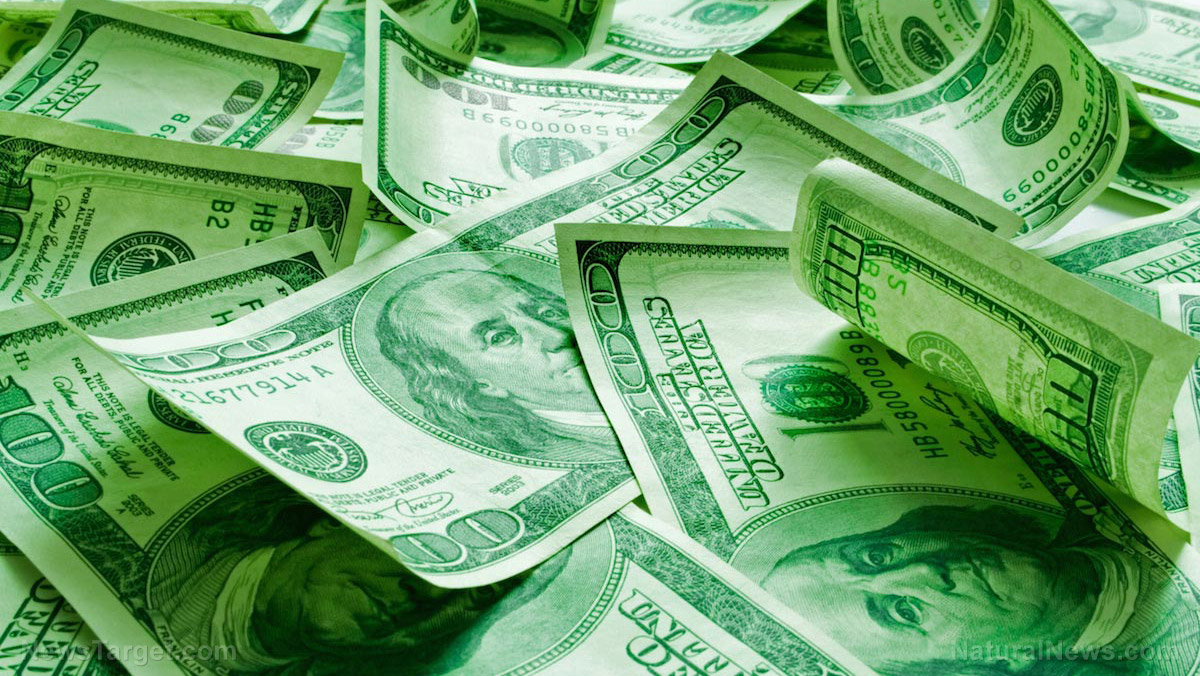 On the night of June 20, Republican Karen Handel defeated Democratic challenger Jon Ossoff in a special election race for Georgia’s sixth congressional district.  The election received a significant amount of national attention because many saw it as a test of Donald Trump’s first few months as president — that is, a victory for Handel would mean that the American voters still support the republican agenda, and a victory for Ossoff would mean that voters are growing more and more dissatisfied with it. (RELATED: See how liberal Hollywood reacted after Jon Ossoff lost the Georgia special election)

Ossoff did an interview with NPR on the morning of the election, and used the opportunity to address the issue of money in politics. “The role of money in politics is a major problem,” the 30-year-old aspiring politician argued. “And particularly the role of unchecked anonymous money. There have been super PACs in Washington who have been putting up tens of millions of dollars in attack ads for months now.”

But while Ossoff was busy making the case for more government control of the election process, he conveniently left out one tiny piece of information — he himself spent six times more than his republican challenger.

As reported by the Washington Examiner, campaign finance documents that were collected and analyzed by the Center for Responsive Politics found that Ossoff’s campaign raised over $24 million, while Handel’s campaign raised just $4.5 million. It would appear that in a country that routinely intertwines money and politics, Mr. Jon Ossoff is one of America’s biggest perpetrators.

But Ossoff certainly isn’t the first liberal democrat who has tried (but failed) to make a coherent case against the use of money in politics. Indeed, former president Barack Obama was notorious for criticizing the impact that money can have on the election process. During his final appearance before the United Nations on September 20 of last year, for example, Obama argued that, “In America, there is too much money in politics; too little participation by citizens, in part because of a patchwork of laws that makes it harder to vote.”

However, back in April of this year, Obama agreed to deliver a $400,000 speech at a health care event in September, which will be sponsored by Wall Street Bank Cantor Fitzgerald. It’s also worth noting that the Obama campaign raised a record-breaking $760 million in 2008, and an astonishing $1.1 billion in 2012.

So much for getting money out of politics.

You have to wonder if politicians like Jon Ossoff and Barack Obama who detest the idea of money in politics see the blatant hypocrisy in their arguments as they spend millions on their own election campaigns. Truthfully though, the bigger issue here is the fact that modern day leftists believe the government should be given full authority over who raises money for campaigns, where that money goes, and how much of it is actually spent. Much like every other political issue in American society, the left’s insistence that money should play less of a role in politics is really all about their insatiable appetite for power and control.

And it’s not just money in politics that the democrat party seeks to regulate; its money in general. Since the very beginning of the progressive movement, democrats have supported massive wealth redistribution, whereby money is taken from hard working Americans through the form of taxes and used to fund big, bloated government programs. Just one example is the generous welfare state that exists in this country, which transfers money from those who contribute to our society to, often times, those who do not.

Through their insistence that the federal government should have more authority over campaign finances and individual wealth creation, they are demonstrating that they completely reject free market capitalism, and instead believe in various forms of socialism, if not worse.